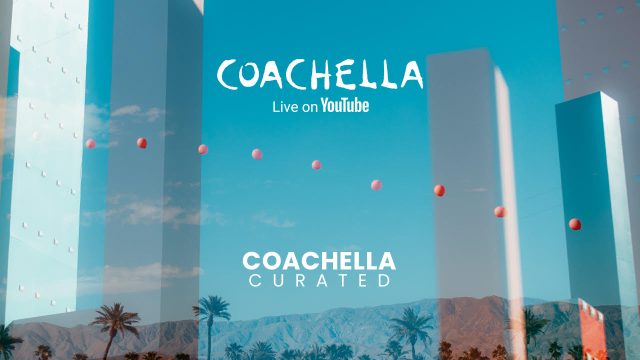 Starting Tonight, Tune In For Another Weekend of Next Level Performances From Harry Styles, Billie Eilish, Swedish House Mafia x The Weeknd and more, Plus Coachella Curated Content From Today’s Hottest Artists From Anitta to Run The Jewels and many more on the festival lineup.

After a phenomenal first weekend of Coachella filled with next level livestream performances, artist interviews, behind-the-scenes YouTube Shorts, exclusive merch drops, YouTube Premium pre-parties and more, YouTube will return to the desert for weekend 2 to deliver the “Coachella Curated” livestream experience for fans around the world.

What to Expect From Coachella Curated

Coachella Curated deep dives into the stories of some of today’s most thrilling artists, giving fans insight into their lives and careers. From candid artist interviews to immersive mini documentaries, plus live performances, the Coachella Curated programming gives fans an opportunity to both discover new artists and learn more about those they already love on the Coachella bill. This livestream experience showcases Coachella from a different vantage point, while still delivering some of the weekend’s most exhilarating performances, live from the festival grounds.

Coachella Curated begins tonight, April 22 at 5 PM PT / 8 PM ET and runs through the weekend. The livestream begins with special programming from artists like Anitta, Bishop Briggs, Cuco, Danny Elfman, FINNEAS, Omar Apollo, Run The Jewels, Turnstile and many others performing at the fest, with interspersed live performances. At 10 PM PT / 1 AM ET each night, immediately following the curated content experience, the livestream will pivot to more live performances across three channels from some of the weekend’s biggest acts including Harry Styles, Billie Eilish, Swedish House Mafia x The Weeknd, Grupo  Firme, BROCKHAMPTON, Doja Cat and more. Activating three channels at that time – Coachella Curated plus two bonus channels – gives fans access to even more live music performances from across the festival grounds.

How & Where to Tune In To Weekend 2

Music fans everywhere can tune in to this weekend’s  livestream from desktop, mobile, living room or the YouTube Music app. The Coachella Curated schedule and set times can be found in the description of each channel now at www.youtube.com/Coachella. There, fans around the world can set reminders for the main Coachella Curated channel and the two bonus channels now.

The weekend two livestream is sponsored by Minions: The Rise of Gru and Tic Tac in the U.S. and will be hosted by Joe Kay and Veronica De La Cruz who will join at the top of the hour to set the stage for what’s to come. Live Chat will also be back in action on the Coachella Curated channel. And similarly to last weekend, the channel will be replayed until the next day’s content begins.

Many of the immersive and first ever livestream experience features introduced during weekend 1 of Coachella are back for Weekend 2:

YouTube gave music fans worldwide an all access pass to the highly anticipated return of Coachella at the Empire Polo Club during weekend 1. Below are just a few of the many memorable moments:

*NO PURCHASE NECESSARY. Void where prohibited. Open to legal residents of 50 US/DC, 14+ at entry. Minors may require proof of permission to enter. Begins 9 AM PT on 4/7/22; ends 11:59 PM PT on 4/30/22. Limit 1 entry per person. Winner must have a valid, active NFT wallet to receive the prize. See here for full rules and alternate means of entry.