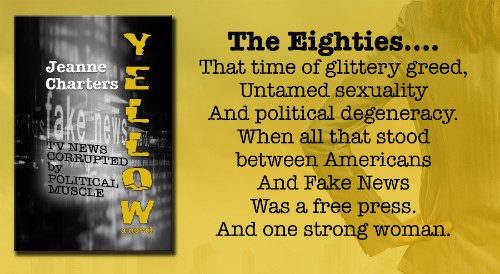 Los Angeles, CA (The Hollywood Times) 5/28/20 – Author Jeanne Charters was born in small-town Ohio. She was the former Vice President of Marketing for Viacom TV and began her career in radio and TV marketing. Throughout the years she has traveled to television stations from New York to Hawaii, producing and placing television and radio campaigns for the Make-A-Wish Foundation.

YELLOW skillfully takes readers into a newsroom of the 1980s at the highest-rated television station in Pennsylvania. Why did you decide to write this story?

Jeanne Charters: YELLOW was my first novel. I wrote it shortly after retiring from the biz while it was fresh in my mind. That was eight years ago. But I was not able to acquire an agent then so I went on to historical fiction which I found very stimulating. And I got an agent.

In 2019, during the “fake news” claims of #45, I revisited YELLOW. I found it worthy and sent it to my publisher, Rogue Phoenix Press, because I felt the novel was timely. After lots of editing, they published it. I wanted it published because I truly believe that most mainstream media strives to “get things right and true” and that they sometimes get a bad rap from politicians. Plus,  I kept getting asked the question, “Whatever happened to that thriller you wrote about the TV industry?” from other writers who had been with me in early critique groups.

You expertly weave a suspenseful web of ambition-fueled deceit, financial desperation and corruption that ultimately culminates in a grisly crime. What would surprise people the most?

Jeanne Charters: Maybe people would be surprised that, since my television background was NOT in the News Department, as I wrote YELLOW, I contacted all the News Directors I had previously worked with and asked this question. “Do you feel pressure from politicians and corporations to slant the news favorably toward them?”

Without exception, the News Directors replied affirmatively. What I had sensed was true. That was necessary to me or I never would have published the novel.

You were the former Vice President of Marketing for Viacom TV. You later opened your broadcast ad agency, Charters Marketing. How important is integrity in the media?

Jeanne Charters: Interesting you should ask about how important integrity in media is to me. When I worked for Viacom, I consulted with a stress-management psychologist who, after a number of sessions, told me, “Your problem is that your ethics are in direct conflict with what your job expects of you..”

After I left Viacom, I opened Charters Marketing where I could control the truth and efficacy of my work.

Who is your favorite character in YELLOW?

Jeanne Charters: My favorite character in YELLOW? Truthfully, I love them all–even Sylvia. Meadow and Marty were people I actually worked with in New York and loved. The others were composites of men and women I knew well. Sylvia was a piece of work, but so fun to write.

How important is being authentic when writing Yellow?

Jeanne Charters: When writing a novel, authenticity is paramount. I found that critically important, especially in writing historical fiction when I traveled to Ireland, Boston, and New York City for research. If you get something wrong in historical fiction, it’s certain some history major will catch you.

What have you learned about yourself when writing your novels? 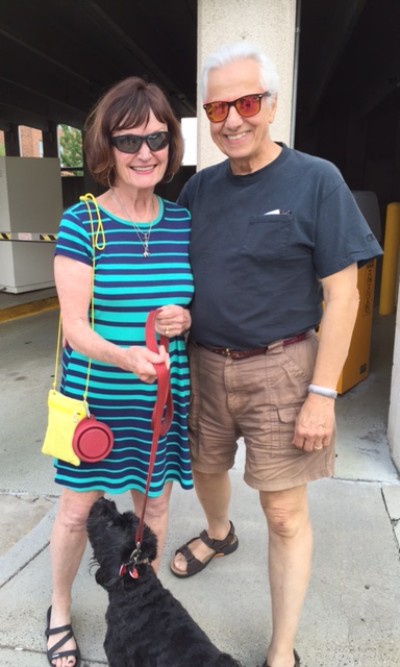 Jeanne Charters: My historical novels were and are important to me because I want young people to realize that we all come immigrants who struggled to survive and that they have the stuff of heroes running in their blood. Plus, I’m 100% Irish, and so are my four daughters.

To learn more, please connect with her on Facebook at Shanty Gold or at Jeanne Charters, or on Twitter at Write that Story.