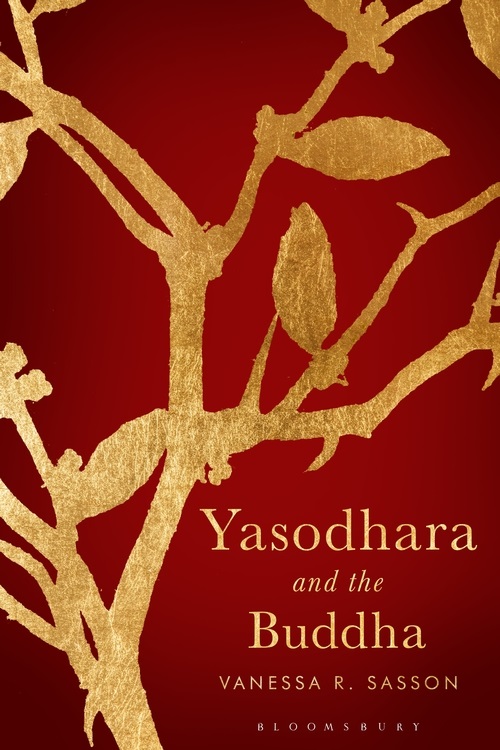 A thrilling new feminist perspective on a story told by men for centuries. She lost everything—her home, her husband, her status as a married woman, and eventually even her child.

This is the untold story of Yasodhara, the Buddha’s wife.

Most will be familiar with the story of Siddhattha and how he came to be the Buddha. But what do we know of his wife? A woman whose story has been preserved only in fragments and who, in some retellings, did not even receive a name?

By combining the spirit of fiction with the fabulism of Indian mythology and in-depth academic research, Vanessa R. Sasson shares the evocative the story of the Buddha from the perspective of his wife Yasodhara, a forgotten woman.

When Siddhattha set off on his Great Departure, Yasodhara was left behind with their one and only son. Seven or eight years later, the Buddha returned to the palace and then took his son with him back to the forest. The Buddha was looking for the answer to suffering, but Yasodhara was the one to experience it.

Although often marginalized, Yasodhara’s narrative here comes to life. Written with a strong feminist voice, we encounter her as fiercely independent, passionate and resilient. We witness her joys and sorrows, her expectations and frustrations, her fairy-tale wedding, and her overwhelming devastation at the departure of her beloved husband, and then ultimately, of her son.

It is through Yasodhara’s eyes that we witness Siddhattha’s slow transformation. On the way, we see how the gods watch over the future Buddha from the clouds, how the king and his ministers try to keep the suffering of the world from him and how he eventually renounces the throne, his wife and newly-born son to seek enlightenment.

Sasson’s Yasodhara offers a thrilling new perspective on a story that has been told, and retold by men, for centuries. By showing another side to one of the most fabled men of all time, Yasodhara brings to light harrowing truths about the world and the strength women must find within themselves in order to meet them.

The Author, Vanessa R. Sasson is Professor of Religious Studies in the Liberal and Creative Arts Department of Marianopolis College, Canada. She is the author of The Birth of Moses and the Buddha: A Paradigm for the Comparative Study of Religions (2007), co-editor of Imagining the Fetus: The Unborn in Myth, Religion, and Culture (2009), and editor of Little Buddhas: Children and Childhoods in Buddhist Texts and Traditions (2013).

Yasodhara and the Buddha is available on Amazon