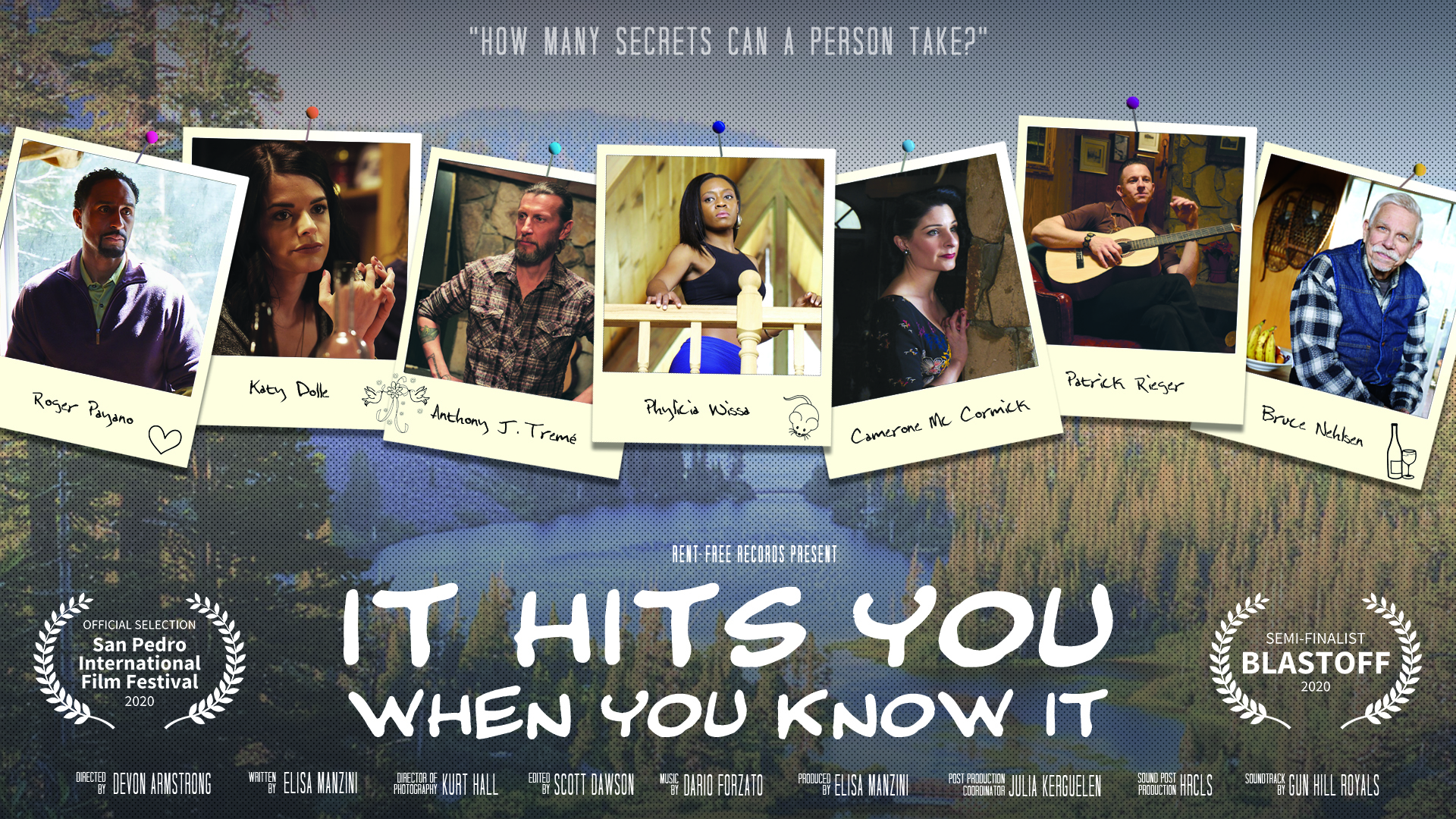 Los Angeles, CA (The Hollywood Times) 12/21/20 – Are you tired of the hustle and bustle of Christmas? Why not settle down with some popcorn, a special somebody, and enjoy a heartfelt dramedy about love, loss, and redemption. Writer, producer Elisa Manzini has just released her next feature, It Hits You When You Know It, on Amazon and TUBI TV. Basing the story off of her own life, Manzini leads the viewer into a relatable circumstance that keeps you engaged.

“This story is about a group of friends who get together for a wedding celebration and have their lives unravel before their eyes. The major drama that occurs is the bride suffers from heart disease and has a heart attack before her wedding day. This story is loosely based on truth. A time when my ex dumped me and the emotional turmoil that I went through,” said Manzini.

Starting her career as a young actress, Manzini learned that her true calling was not in front of the camera.

“I started out as an actress in my 20’s,” explained Manzini. “I wasn’t good and it made me miserable. I thought that being an actress was the only thing I wanted to do until a friend of mine suggested that I submit my stories to Comedy Central. At the time, they were looking for junior writers. I didn’t see myself as a writer but I took her suggestion and submitted my materials. I won a competition and fell into writing. Now, I love writing and wouldn’t change it for the world.”

Making her producer debut was quite challenging for Manzini as she had to react to the high-stress levels that being a producer encapsulates.

“We shot the film in 2018. I had to use my life savings to financially back the project. Many of my industry friends told me I couldn’t produce the film with an ultra-micro budget. However, I was very good at planning and organizing which got it done. I made sure everyone was paid for their time and was treated well,” expressed Manzini. “I did have a horrible experience throughout post-production though. The sound person that I hired quit halfway through the production leaving me with a lot of time and money wasted. I had to send the hard drive to sound mixers in Paris in hopes that they would be able to fix the mess I was left with. Thankfully, they came through.”

Working with a small budget and only 8 days to shot, Manzini knew that she needed to have her actors well-rehearsed before going onto the set. With the support of her husband Anthony J. Treme who played the character, Adam, Manzini was able to bring the actors together for them to build chemistry with each other. Even with all this preparation, there were unforeseen circumstances that occurred while on set which no one could control.

“We had a mascot on set, a pit-bull mix named Dublin, who lived in the house that we were shooting in. In the very last emotional scene of the movie, one of the main characters plays the guitar and starts to sing. I have a video of Dublin behind the camera stretching his dog legs and yawning. It was so funny,” said Manzini. 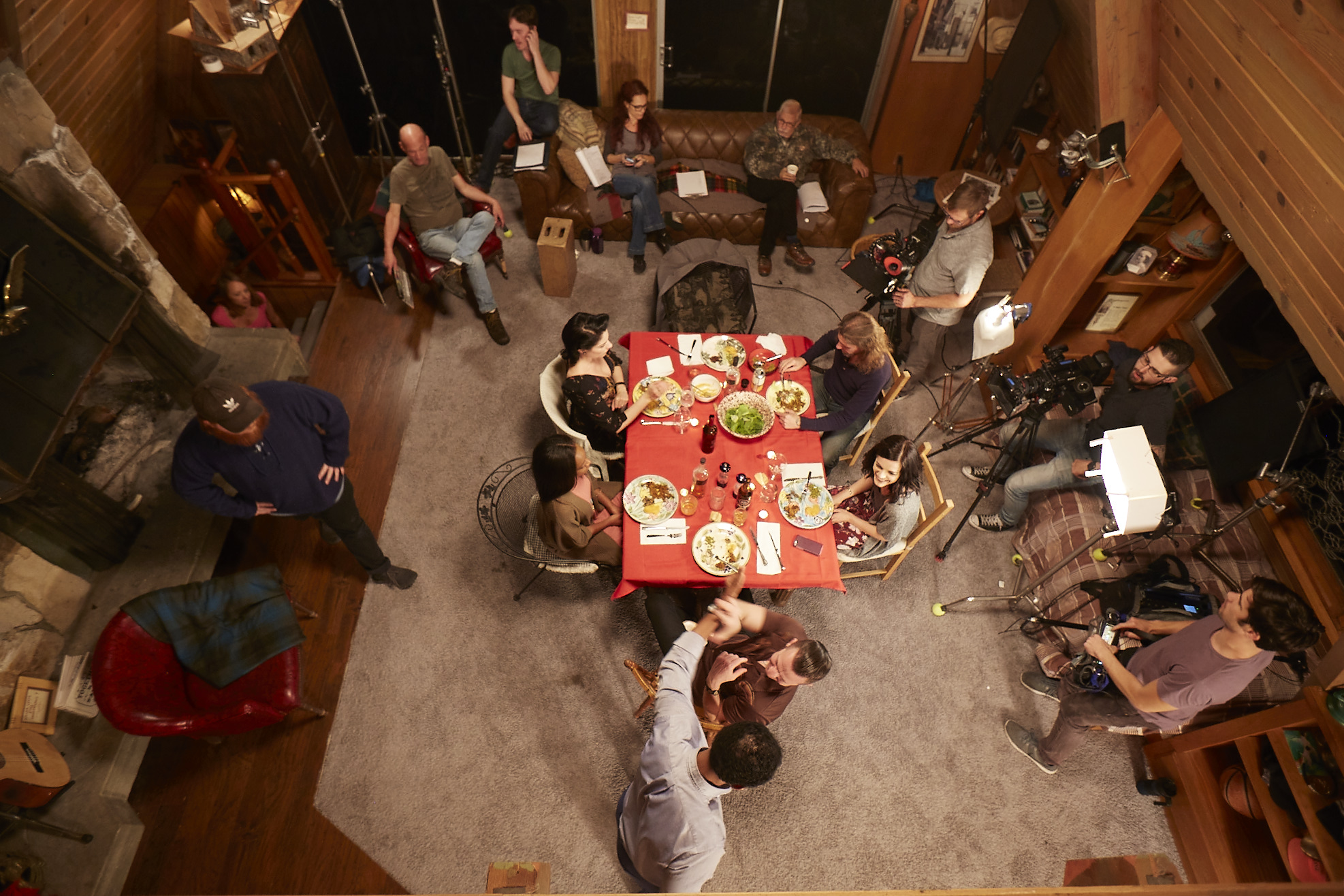 “My goal was never to do the film festival circuit and with the pandemic causing most to go online, I didn’t see a reason to. I would only submit to film festivals for the chance to mingle and see other places. With that said, I was lucky to be able to find distribution during the pandemic. I sent out a few emails to a couple of distributors and Indie Rights wrote right back expressing their desire to work with me,” claimed Manzini.

Besides writing dramedy, Manzini loves writing drama, thriller, and horror. She just sold the most recent horror script that she wrote during the pandemic and her agent, People Store, is in the process of shopping around her two latest pilots. Manzini gives a lot of credit for her success to the Future Women of TV program that she is a part of.

“I’m lucky to have gotten into the Future Women of TV Program that Blackmagic Collective created. It was life-saving for me during this pandemic, because we had so many meetings and met so many executives and showrunners. Now my agents can reach out to them and hopefully open doors. I’m thankful for that,” expressed Manzini.