There’s no stopping – or censoring – Heidi Klum. Lauren Bans takes a ride in the hectic life of the model-turned-mogul.

In the August issue of ELLE, writer Lauren Bans spends a day with Heidi Klum, for a first-hand look at a hectic day in the life of model-turned-mogul. Throughout the day, Heidi opens up about fellow America’s Got Talent judge, Simon Cowell, Donald Trump, the importance of having an opinion, and much more.

The August issue hits newsstands July 24. Let me know if this is something you can cover. 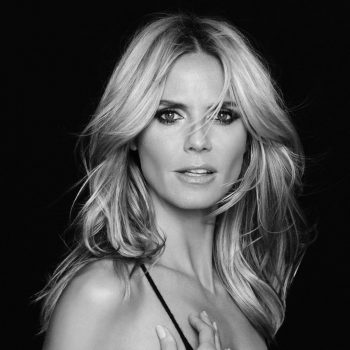 The Heidi Chronicles – There’s no stopping – or censoring – Heidi Klum. Lauren Bans takes a ride in the hectic life of the model-turned-mogul.

On Donald Trump criticizing her in an interview:

“He was always actually very nice to me. So then it was very strange. I was like, ‘Why am I being brought into any of this?’ I wouldn’t even think I would be on his mind.”

“Since the day I met him, everyone was always like, ‘Simon’s coming!’ Very afraid of him. I just went up to him and said, ‘So, Simon, when are we going to do a makeover?’”

On encouraging guest judges on Project Runway to have an opinion:

“A lot of times, we have guest judges on Project Runway, and they will not say what they really think. They’re really sweet to the designers, but then when the camera cuts, they’re like, ‘Oh my God, that was awful!’ And I’m always like, ‘Why are you not just saying that? It’s not helping anyone if you just sugarcoat everything.’”