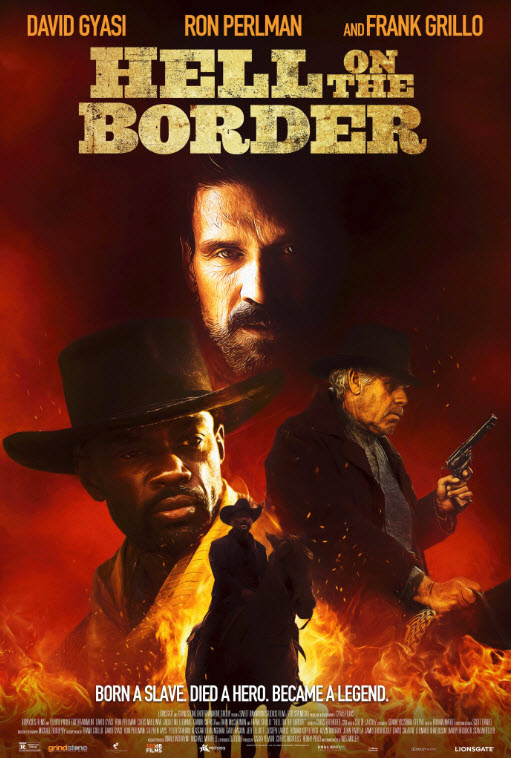 Los Angeles, CA (The Hollywood Times) 1/9/20-   Hell on the Border is a Western Thriller, about Bass Reeves, the first African-American Deputy Marshal west of the Mississippi, set in 1875. “I wrote the screenplay because once I learned about Bass Reeves, I thought his story was relevant for today. He is a former slave who decided to enforce the law instead of being an outlaw when he could’ve easily chosen to be an outlaw and probably have been the most notorious one in history. However, his story has been lost to history for many many years until recently. And I just found myself intrigued and attracted to his life story and a determination never to give up no matter what other people around him said, and to stick to his convictions even when it wasn’t popular. 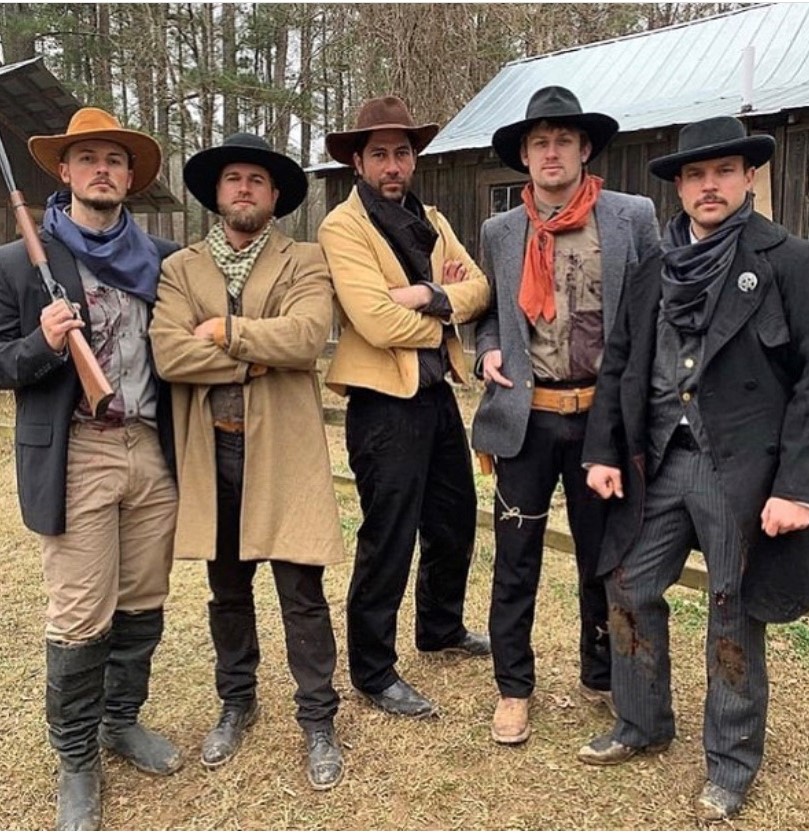 How does one go from a trial Lawyer to becoming a Powerhouse Filmmaker?

Thank you for that. But I don’t feel I’m a powerhouse yet. I consider myself a blue-collar Filmmaker. Like the throwbacks to when directors learned by doing. That’s the way I learn. I go to work every day, work on my craft, and enjoy every moment. But the transition from the law to filmmaking was difficult and easy at the same time. It was easy because there was a burning desire that I had to become a Writer and Director. I wanted to be a Filmmaker. But it was difficult because I was making a career turn that most people couldn’t understand, including my mother. Loss of income. Entering a world I do not know as a novice. Entering a world where I would have to work my way up from the bottom was scary, but has been an amazing journey. I feel like I am just starting to find my voice as an artist and I look forward to continuing this journey.

What did you learn in law that transcends to film?

A couple of things. 1. Always consider both sides to every story and answers are rarely black and white. That is one that is consistent with the human condition and telling stories about real characters. Shades of gray are more interesting to explore. 2. It helped me prepare for the business side. Building a personal injury practice is similar to filmmaking. You have to learn to live in between the cases and in film, you have to learn to live in between the projects and that is not easy. It’s riddled with anxiety which is counterproductive to creativity. So I always remind myself, “you aren’t broke, just in between the money. Relax and tell your story.”

Have you always been a champion for people? Can you share a story that changed your life?

Yes, I have always been dedicated to protecting the rights of regular people. When I began my practice I started with a large law firm so I could learn the ways of that firm and incorporate them into private practice. When I opened my own practice I was dedicated to representing people who were wrongfully terminated, charged with crimes, injured or whose civil rights were violated.

My life really changed when I was 21 and I knew I had a son coming. It was interesting and scary and I knew I had to grow up immediately because I had a little one now looking up to me and it made me get my head on straight and figure out what am I supposed to be doing with my life.

When was your first big break?

My first break came when the first screenplay was picked up by a Producer who is in Hollywood. He allowed me to come out to the shoot and on set and learn the business of casting and shooting an independent film. It’s an education that could not have been purchased and opened my eyes to the business and the creative sides of the industry. I built relationships during that shoot that still last today and without that, I wouldn’t be where I am now.

Tell us about River Runs Red.

River Runs Red is my previous film. It is about a father whose son is killed in a police stop. But the twist is the father is a judge inside the criminal system. The premise and the thought that I had behind the film was how would a person inside the justice system handle a tragedy that occurs to his family inside the same system he swore to protect. It was a tough shoot because we were having to fight with every tooth and nail to get that film done and I am extremely proud of it and the performances that George, Taye and everyone else gave. People either loved it or hated it because it was a very controversial topic because of the way the judge decided to get justice and it is not a piece that was designed to encourage a specific action but more so a piece that raises the question of what happens if the system keeps failing us.

What can Hollywood do better for exploring social change and cultural problems in America?

Hollywood can evolve its archaic practices of relegating minority talent to “good talent but no value.” Many of these films are not able to get made because they do not check the boxes for the traditional releases which means many of them will not get seen by a large number of people in theaters. However, with the advancement of streaming and other areas, the barrier to have your work seen is reduced. However, it still has to make financial sense for investors. There are a lot of voices in Hollywood that absolutely support these types of endeavors but we needed to stretch up to the individuals who are making the financial decisions. Thus the Hollywood system can support these endeavors more and treat them as a cultural necessity as opposed to an anomaly.

Tell us about your film, “Hell on the Border: Chronicles of Bass Reeves, Vol. 1” Why is this film timely?

Hell on the Border is the movie about Bass Reeves, the first African-American Deputy Marshal west of the Mississippi. I wrote the screenplay because once I learned about Bass Reeves, I thought his story was relevant for today. He is a former slave who decided to enforce the law instead of being an outlaw when he could’ve easily chosen to be an outlaw and probably have been the most notorious one in history. However, his story has been lost to history for many many years until recently. And I just found myself intrigued and attracted to his life story and a determination never to give up no matter what other people around him said, and to stick to his convictions even when it wasn’t popular.

The film is also timely because we find ourselves in a precarious position in the sense of there is a narrative of black versus blue African-American versus police. However, that is not a true representation of the issues today. We as African-Americans believe in law enforcement, and what it represents went enacted properly. The issue today is not black versus blue, but it’s about accountability. What we ask for is for the system to properly protect all citizens, particularly minority citizens, from abuses of power. Bass Reeves represented the best of what law enforcement can and should be. An equal application of the law, no matter what or who is at fault.

The film centers around Bass Reeves taking the steps necessary to become the first deputy, somewhat of an origin story. He has to go retrieve Bob Dozier, dead or alive, to prove he is worthy to be a deputy. It stars David Gyasi, Ron Perlman and Frank Grillo. 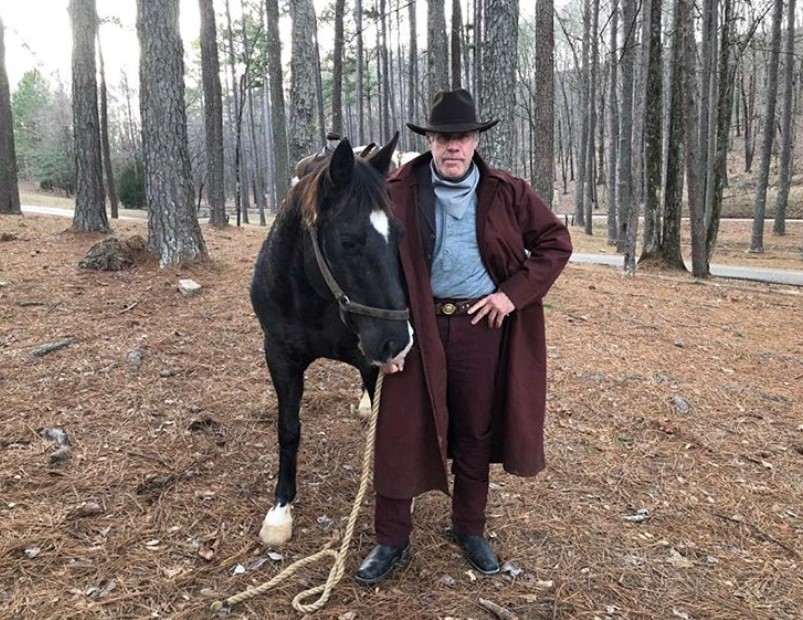 My grandmother does. She passed away in 1993. I was the last person to talk to her and talking about it still causes tears to rise. However, her influence over my life is as alive today as it was when she was here. She was a union representative for the AFL-CIO and she fought for the common man and woman throughout her life. She did not have a formal education but became a successful entrepreneur and everything that I do today I always ask which should be proud of me.

How do you see “Hell on the Border” educating the masses?

So with Hell on the Border, you know, my goal was to introduce Bass Reeves in an interesting way. It is a dramatization of actual events that occurred in the past and I believe that it should help open eyes and ask questions and hopefully create the desire to see more of his story. His story is so vast that it could not be told in a two-hour setting so we chose to just do an origin story. And hopefully, we can turn it into a series, or Part 2, so we can explore more of his life, and have more resources to do it and a grand fashion.

2020 is shaping up to be a busy year. I believe, for me as an Artist, I am ready to take my craft to another level and continue to explore what my potential is as an artist. We have three films in the pipeline. One, a Tyrese Gibson thriller, a Frank Grillo and Taye Diggs action film, and a western about four African-American women who band together to fight back against a system that was determined to take their town. I also just finished a screenplay titled Frazier, a story about Smokin’ Joe Frazier and his life leading to Frazier-Ali I. 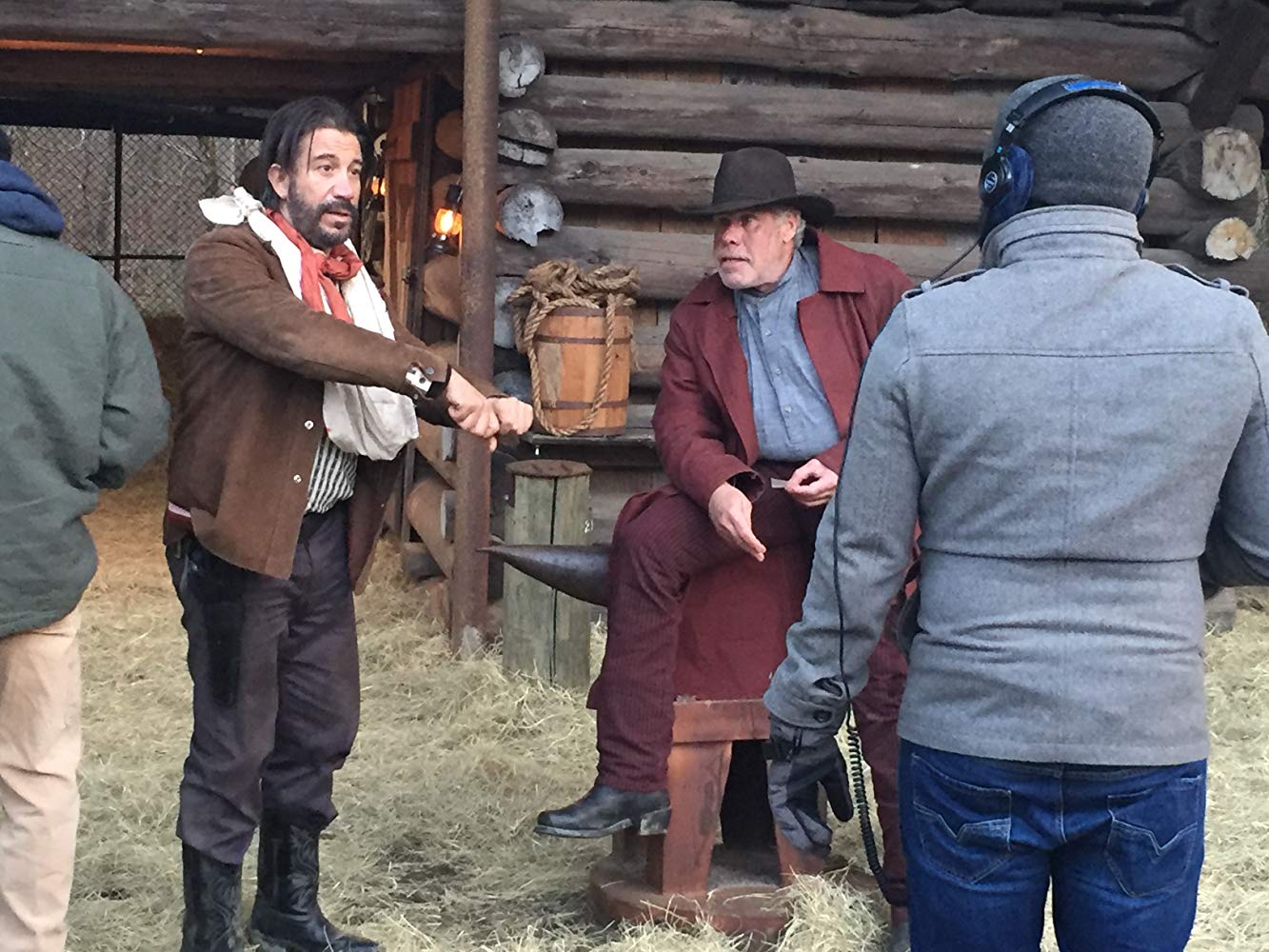