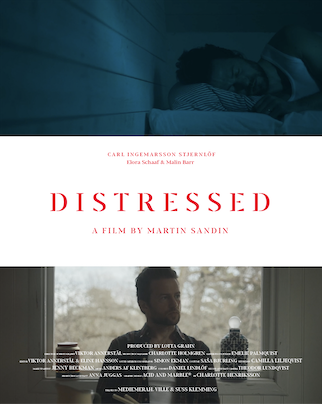 Los Angeles, California (The Hollywood Times) 5/27/2021 – Martin Sandin is a Writer/Director. His films typically lean towards drama and realism. His new film, Distressed (2021) is about Nathan Larson, a broken-down 41-year-old father, who needs to change his life or lose what’s most important to him.

Your work in film typically leans towards drama and realism. Tell us about your short, Foggy Days.

Foggy Days is about superficial people looking for the next big thing in life. They’re confirmation junkies unable to see what’s in front of them. Instead of embracing the moment, they destroy it.

I’m very interested in identity and the silly little things that make people do what they do. The fear of missing out is one of them. That feeling of constantly trying to identify with people you consider more successful.

Foggy Days is a really great short film. We’ve got great reviews from critics and the audience. I’m proud of the work we’ve done. That should be my focus writing my next piece, directing my next film. But then, when I compare myself to some other directors that feeling gets blurred.

I believe so many people are so stressed out today simply because social media tells them someone else is having more fun, or whatever the feeling of desire is. Emotions. Real life. A great thing about filmmaking is that I get to scoop up everyday drama and make a story out of it. Call it therapy.

Foggy Days is about that.

In a time triggered by social media where relationships can be thrown away at any time for any reason, Clara and Peter meet. Clara wants the world. Peter wants nothing but to be loved. Together they are drawn into a game where love is a currency to feed their own ego. Foggy Days is a painfully recognizable love story that ends when you need an answer the most.

How have you evolved as a Director? 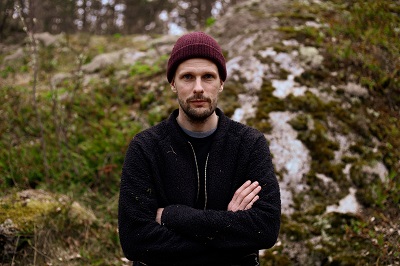 Mistakes are an important factor. And age. To learn from life and try to focus as much as I can on my own voice. On the things I want to say, on the stories that suddenly comes to mind.

I read a lot and try to learn from others. “Natural” by Alan Levinovitz and ”Humankind: A Hopeful History” by Rutger Bregman are powerful readings.

The French series “Call my agent” and the Swedish series “Snabba Cash” are beautiful and intelligent crafted stories. The characters, conflicts and storyline really got to me.

They inspire me to write dramatic stories and still keep them close to everyday life.

In my work I evolve every time I do something I really believe in. If it makes me feel something I’m quite sure someone else will too. That gives me the confidence to start writing.

I want the audience to watch my films and rethink parts of their own lives. A great inspiration for me is believing that what I do can make a change for someone else. At the end of the day, that’s why I love filmmaking.

Tell us about your recent film, Distressed. (Where can we find it?)

Distressed is about Nathan Larson. He’s successful and loved. He has a great job, a wife and lovely daughter. He has everything he could hope for in life.

He is also depressed and disillusioned.

In midlife the things he believed in for so long doesn’t matter anymore. The dreams he had are no longer around. The film explores what happens if everything you ever fought for suddenly means nothing.

Nathan spends the weekend alone in the family’s summer house to take on the most important challenge of his life. Change his life or lose what’s most important to him.

Distressed is now heading out for a festival run around the globe. Hopefully I’ll be back in Hollywood. Foggy Days played at LA Indie Film Festival in 2018.

What are themes that run through the film?

Simply put: What do we do with the time we got?

Did you face any challenges while filming?

Yes. It’s an indie film. We had to stretch everything and work long hours for one. COVID obviously made production more complex even though it was manly shot outside. But still it has been a great experience. It’s a great feeling when the thoughts and words and preparations you made are put together by the team. The crew and cast did a really amazing job. Post-production has been mainly a late-night thing to get where we want to be.

The film is a collaboration between the DoP Viktor Annerstål and me. He really nailed the visual feeling of the story and shot it beautifully. For me the process with Carl Ingemarsson Stjernlöf who played Nathan felt really strong. We’re both the same age (41 years) and could talk very openly about the theme and the character. I think he really found the voice of the character I started writing almost two year ago.

The end. I’ve seen the film about a thousand times. It still gets me.

I’m writing this piece on the fear of being alone. Working title is: Don’t leave me.

The film explores what happens to a dysfunctional daughter-mother relationship when the father suddenly dies. They’re left with two options. Heal and forgive or break up the family.

What is the family worth as an institution?