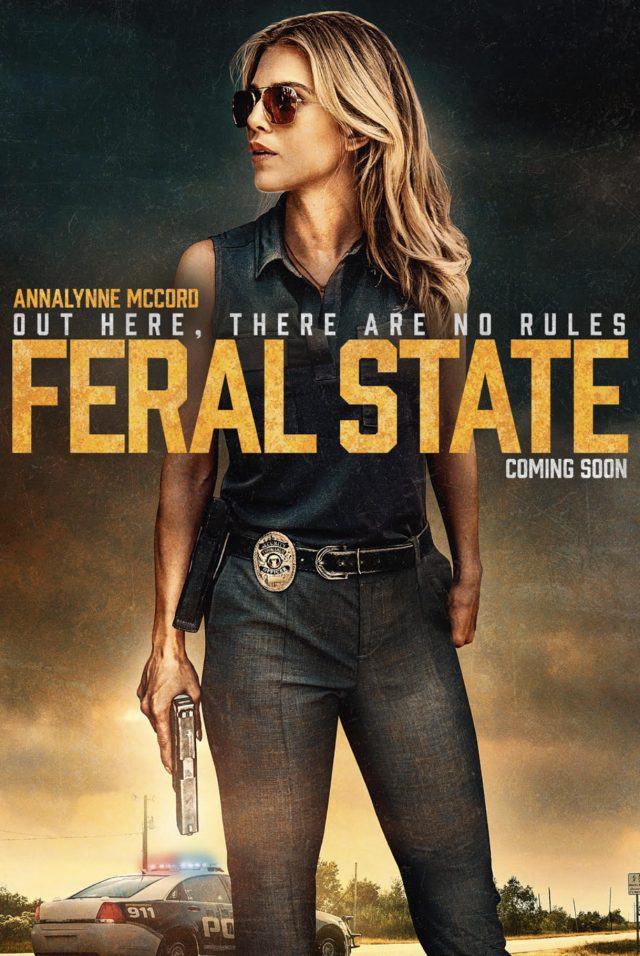 Your first produced screenplay titled First We Take Brooklyn which starred Oscar Nominee Harvey Keitel. What did you enjoy the most about this film?

Working with Harvey Keitel was one of the most incredible experiences of my career thus far. First We Take Brooklyn was my first produced screenplay, but I also got to act alongside Keitel, which I had been a fan of for so long. The craziest thing about it all is that when I first moved to Los Angeles 15 years ago, I got a job waiting tables in Venice and I used to wait on Harvey all the time. Flash forward to 10 years later, I got to act with him in a movie that I actually wrote. Talk about coming full circle… right! We definitely had a laugh about that on set.

What is it about the entertainment industry that moves your soul?

For me it was never about the “entertainment” part of the industry that moved me, it has always been about telling stories. Although I didn’t really get started in the business until my 20’s, I was always captivated by movies, and always dreamed of being a professional storyteller. I used to love how different I would feel walking out of a movie theater after watching a great film, and the fact I might be able to provide that emotional shift in people today is the greatest reward. There’s nothing else in the world I would rather be doing.

Your film, Mob Town was a big hit. How have you evolved your craft?

I always felt that there was something really powerful about the true story behind Mob Town. In the beginning, I always felt that the story shouldn’t focus on the mafia aspect, but the true story behind the small town cop portrayed wonderfully by David Arquette. The director Danny A. Abeckaser agreed with me, and so we decided to focus on the cop as the protagonist. That taught me a very valuable lesson as a writer, in that sometimes you have to dig a little deeper below the surface of whatever subject matter you are writing. It’s very easy to keep things on a surface level, but the writers and filmmakers I look up to the most are the ones that are constantly digging deeper and pushing the creative envelope to tell unique and captivating stories. 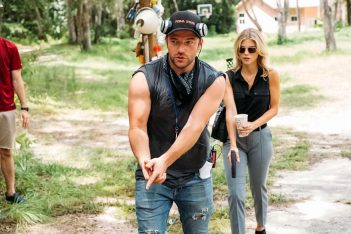 Tell us about your directorial debut in your new film, Feral State.

Ever since I wrote my first screenplay, I always had a feeling I would want to eventually direct. I just didn’t know when or how I would make that happen. Then Feral State came about, and I didn’t have the luxury to think too much about it. I dove in without any hesitation and had to learn on the job. I never went to film school, but was blessed to have had a lot of experience on set, both as an actor and a writer. However, the greatest asset I had going into Feral State was my 15 year experience as an actor. I knew that if I hired a component crew who could handle the technical aspects that I had yet to really learn, I could focus on the one thing I knew most about, which was performance. Having had acting experience, I felt very comfortable communicating with my actors and working with them to tell the best story possible.

How is your film, Feral State unique?

I think Feral State is unique in many ways. First off, I think it’s amazing that this is my directorial debut, and I was able to not only complete the film but sell it to a great distributor and have it available worldwide. I also think that this movie is unique due to the fact that so many of the characters in the movie are not actors. I spent months in central Florida, driving around and meeting the locals, and really wanted to capture the look and feel of the area and make it as authentic as possible. So many people have already told me how “real” the characters feel, and I think that’s a testament to bringing in a bunch of non-actors who have such unique character traits. That is for sure one of the things I’m most proud of.

How is it different from other crime films?

The biggest difference between Feral State and other films in the Crime/Thriller genre is that not only does this movie have a very diverse cast, but it also touches on the LGBTQ community and has several powerful female characters in lead roles. I’ve always loved blending genres and casting actors against their “type” and so I am grateful that my investors were on board for that. I think it’s very important for up-and -coming filmmakers to make a concerted effort to be more inclusive in the decisions they make, and so am super proud of the final result.

I have no idea to be honest. I’ve been able to make 3 movies so far without an agent or manager and so I must be doing something right! But all I can really control is what I do and so no matter what happens, I just keep writing compelling stories and interesting characters. I currently have 5 scripts ready to go, but the one I’m most excited about is FEED, which is a horror film that takes place on a marijuana farm. Imagine the movie GET OUT but on a Pot Farm. I already have the location ready to go, and so if there are any investors out there reading this, please feel free to reach out 🙂

To keep up on what’s next for Jon Carlo, follow him on @IamJonCarlo and be sure to check out his film Feral State @FeralStateFilm available on VOD streaming platforms including Apple and Amazon.