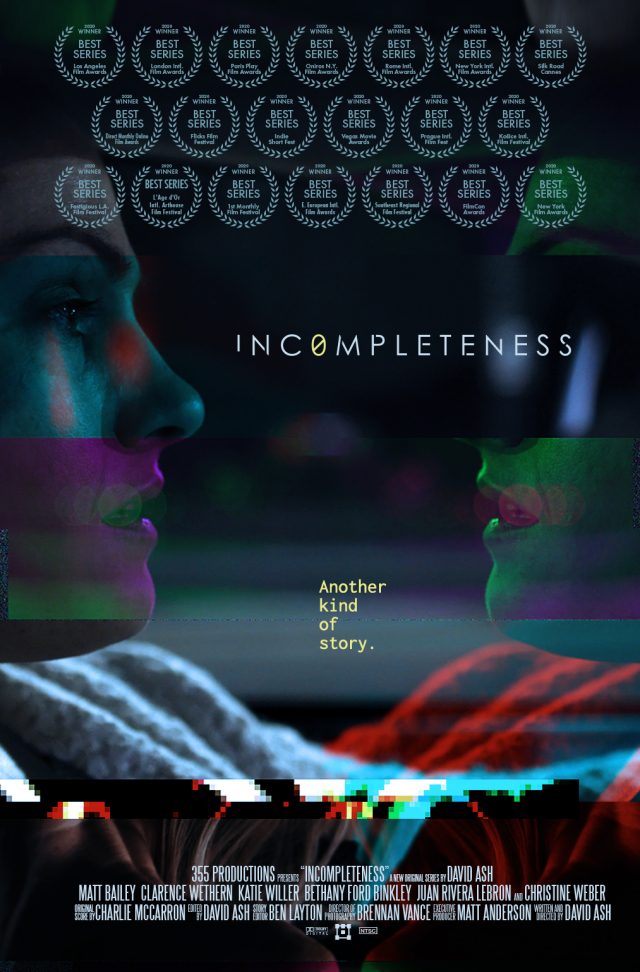 Los Angeles, California (The Hollywood Times) 3/22/2021 –  David Ash is the writer and director of the new psychological drama series, INCOMPLETENESS, which has won the Best Series award at over 30 international film festivals. Prior to this series, Ash wrote and directed three critically-acclaimed, award-winning feature films, all of which played at local, national, and international film festivals.

You wrote and directed the feature film, TWIN CITIES, which won five “Best of Fest” awards. Tell us about the film.

TWIN CITIES is actually a sequel to my second feature, 2021, which is about a computer programming genius who struggles to balance hope and existential anxiety as he navigates a burgeoning romance and leadership of an ethically questionable project: replicating human intelligence using a map of the human genome. In that film, this lead character, John, meets a bohemian novelist, Emily, while working on this project and she pulls him back from the brink of a psychological meltdown due to the implications of completing his project.

TWIN CITIES picks up this story four years later, with John and Emily now married with a baby on the way. John continues to struggle with the ethical implications of his work, while Emily wrestles with a mysterious past trauma and an unrelenting case of writer’s block, pushing them both to the brink just before their baby is due. Within this narrative framework, the film more deeply explores the themes of existential anxiety, spirituality, and identity as 2021. However, mid-way through the film, there is an extreme twist that sets everything we have seen in both films on its head–engendering a Mobius strip narrative structure in which nothing is what it seems on the surface and everything makes sense only in relation to other elements of the film that come either before or after what you are seeing. So, the overall effect is to give the narrative a holistic feel rather than a more traditional causal type of structure—this happened, which led to this, because of this, on and on … everything makes sense in the end, you file it away, and it’s on to the next thing.

In this way, the film is more like pointillist art, where it only makes sense when you have a chance to step far enough away from it to be able to see that it’s a cohesive whole. This is always the type of material that sticks with me when you have to get personally very invested to piece it together yourself and, in the process, create your own personal meaning, rather than just being a passive consumer, dutifully following the filmmaker at every turn as she guides you down the path.

Where do you draw your inspiration from?

Inevitably, I’m looking for a way to elucidate or further explore whatever ideas I’m currently obsessing about. For 2021, I was reading a lot about the impending technological singularity (when computers are able to pass “The Turing Test” and achieve intellectual capabilities equal to humans) so that became a central concern of the story. For TWIN CITIES, I was obsessing more about the illusion of the self and how we continually create and re-create our identity out of the thin air of our unexplained consciousness. And then for INCOMPLETENESS (which is very loosely based on TWIN CITIES), I was plunging deeper into this idea of the self-being illusory, while branching off from that notion into the additional fundamental illusions of free will and time. So, in all cases, I’m really just creating stories and characters that I believe will best illuminate and probe these ideas that are consuming me in one way or another.

Your new psychological drama series, INCOMPLETENESS is receiving world acclaim. How is this film a different type of storytelling?

What distinguishes Incompleteness from other series is an eventual focus less on why characters are doing what they are doing — which is the traditional primary concern of most stories — and more on the causal layer below that, on this hidden metaphysical underworld that informs our construction of reality.

More specifically, the storylines in the series all serve a higher-order meditation on the inconvenient truth of determinism and how we deal with its implications — ultimately revealing that these seemingly traditional “real world” narratives are a Trojan horse that has been used to lead the audience down a metaphysical rabbit hole they might not otherwise have entered. What may be found following this line of inquiry may seem daunting, but an illuminated perspective awaits.

What themes are explored in this film?

The primary themes explored are the illusions of free will, the self, and time, with the greatest focus ultimately on the illusion of free since this idea (this reality, I would argue) forces us to change our perspective about what we care most about in life — love, spirituality, redemption, pride, guilt, retribution, etc. 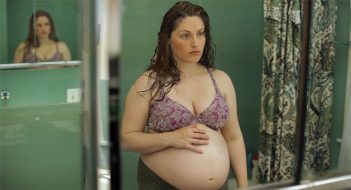 It is often felt that viewing our existence through this perspective in which we accept that free will and the self are illusions is ostensibly depressing, but in reality, it is just the opposite. What this deterministic, everything-is-based-on-prior-causes viewpoint ultimately emphasizes is that we are all inexorably connected not just to everything and everyone around us, but also to everything and everyone that came before us and will come after us. As such, this perspective inherently engenders a much less ego-centric, much more communal view of life, which has never been more needed than in this age of endless selfies and increasing ideological tribalism.

I really like the last scene of the pilot in which Paul elaborates everything I mentioned in response to the previous question to a rather baffled and incredulous Alex, the character that has asked Paul to help him write his film about the meaning of life. I think that one lays out the stakes of the story and the conflict between the lead characters in an evocative and interesting way.

However, the scene that is likely my favorite, since it’s the one I re-watch the most, is the “first kiss” scene between Alex and Jodi in the final episode of the first season. Before this scene we see Alex, following a brutal argument with his now-estranged wife Jodi, close his eyes and recall their first kiss. We dissolve cut to that scene with Alex wearing the same dirty robe and slippers as we saw him in during the just-happened argument so that has the effect of showing him reliving a past scene while still in the present. However, Jodi is as she was during their first kiss five years ago, in a smoking hot dress and looking very alluring (in contrast to her exhausted and depressed look now).

Immediately after their kiss, Alex says, “God, I miss you” to which Jodi replies, “What are you talking about??”. Alex then explains that they will get married in a few years but their marriage will ultimately fall apart because Alex will neglect her more and more and “never actually just be with you, even for a moment. You’re going to drift away and I’m not even going to notice until it’s too late.”. Without missing a beat, Jodi replies, “But why? Why couldn’t you just talk to me?”.

I quite like this scene and specifically this moment, because through the way the dynamics of the scene are constructed it speaks to our ineffable relationship with time — our past existing as a memory that carries “real” weight even though it inevitably deviates from the reality of those moments (which matters more, the memory of what actually happened?) and our future also existing as a reality in our minds even though it’s just a forward projection based on our past.

Along these lines, both perspectives carry equal weight in this scene — Alex is sad about his past with Emily at the same time she is sad about their future.

Is there synergy between your films?

Yes, for sure. Thematically, in the way the central ideas and themes build on each other (as described previously), as well as more literally with the storyline of 2021 being continued in TWIN CITIES and the story of TWIN CITIES being carried forward albeit more obliquely with INCOMPLETENESS (the lead characters of Alex and Paul are making the film, TWIN CITIES, so their lead characters and storyline are fundamentally the same as for that film).

My main focus right now is selling the first season of INCOMPLETENESS, as well as the development of Season 2 (which I’ve conveniently already written), to one of your finer streaming services (Netflix, Amazon, Hulu, HBO Max, et. al). So, I’ve been putting together a lot of materials for this push, including our website, trailer, and Show Bible. I also submitted the series to a number of international film festivals and I’m happy to report that it’s done extremely well at these fests, winning most of the festivals in which it was entered (32 wins for Best Series and counting).

Based on this success, I now have a sales agent that will be presenting the series to said streamers in a couple of months. In the meantime, we are looking for an established Producer / Exec Producer that is interested in becoming involved in the project, including Season 2, to help sell this project to the streamers. If you know anyone with this background that may be interested please let me know! (I can be contacted via the website)