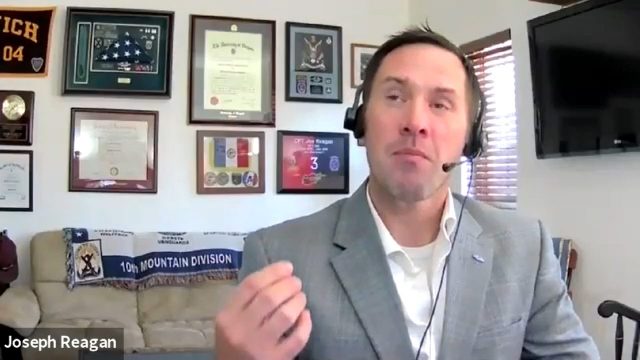 Los Angeles, CA (The Hollywood Times) 11/9/21 – As we approach Veterans’ Day 2021, my tribute this year is to honor “Wreaths Across America”. It was an honor to sit down with Joe Regan, Director of Military and Veteran outreach for “Wreaths Across America”. He is also an army veteran. The mission of this international organization is to remember fallen veterans, and to honor the sacrifices of military members, veterans and their families, and to teach the next generation of Americans the value of freedom and about the sacrifices that are made on their behalf each and every day. 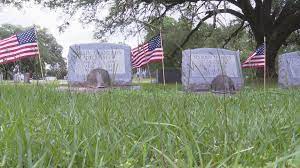 Kicking off on Sunday, December 12th, a convoy goes from their Columbia Falls, Maine headquarters to Arlington National Cemetery in Virginia within a week, ending on the 18th. More importantly, across the country on that day, December the 18th, which is national Wreaths Across America Day, almost 3000 cemeteries across the country will be participating in concurrent wreath events. This is a special year as it is the 30th anniversary of this tradition. It was 5,000 wreaths then. Now it’s 2 million. With an army of volunteers all over the country, a sponsorship is only $15 a wreath.

The organization started out as a family tradition for the Worcester family. In 1992, Morrill and his wife Karen, then found themselves with about 5,000 extra wreaths that they didn’t get a chance to sell during the holiday season. Morrill thought back to when he was about 12, he had won a competition to get a trip down to Washington DC. One thing that always stuck with him about that trip was his trip to Arlington National Cemetery and he wanted to take these wreaths back down there, to lay on the tombs of the gravestones for our veterans as a thank you. Now this tradition continues and at a much larger scale. 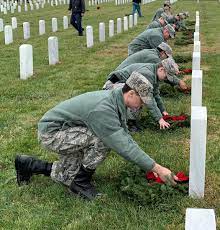 This will be the 30th year that the Worcester family has placed wreaths at Arlington National Cemetery. The nonprofit Wreaths Across America started in 2007. A snowstorm in DC set the stage for a wonderful viral image of all these wreaths on the headstones covered in snow. People were moved and the national nonprofit was born out of it. Now with over 3000 cemeteries in every state of the country, they have now expanded into Guam and Puerto Rico. Before COVID, they were also in Europe, honoring those who died and were buried overseas. In Luxembourg, they gave an adoptive grave program, where there’s a waiting list of families that adopt the grave of a US service member. They would maintain the plot and stay in touch with the family back in the States.

“And so that opportunity to lay that wreath on the headstone of that veteran, to say the name of that person, it sounds so simple. But at that moment, when you say that name, and you’re standing there, it creates that connection and that bond with that veteran, and that’s tremendously powerful.” 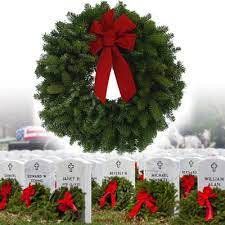 It can be different connections. For Joe, who has several friends who were killed overseas, it is maintaining that connection with fallen brothers. For others, it could be a complete stranger. Many veterans had no living relatives to recognize them.

Joe says, “One thing I’ve heard from a couple of different places: they say that everyone dies twice. First, when your heart stops and then there’s the last time that someone says your name. Through this program, regular citizens can keep that individual’s memory alive. The visible part of what we do is the wreath laying. But it really is a powerful expression of our commitment to living up to the legacy of those men and women who have served our country and are the ones responsible for all the amazing things that we have.” 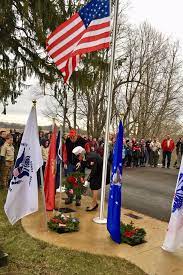 There are many participating cemeteries in California, searchable on their website http://www.wreathsacrossamerica.org. With about 500 partnerships with individual American Legion and VFW posts across the country, volunteers and donors come together to make this possible every year. For every two wreaths sponsored, the third wreath will help support living veterans in communities.

“And if you look at Hollywood, several very notable folks in Hollywood that had served in the United States military. And one in particular, my great grandfather served with in the First World War was the iconic Walter Brennan, one of only a few actors to have actually won three Academy Awards. And one of the things that made him distinctive was he had a unique voice. And I learned from my great grandfather that he had been in several gas attacks. That is the reason that Walter Brennan’s voice was higher pitched, a result of damage to his vocal cords because of a gas attack. A guy like Walter Brennan, who, despite being wounded, used that in the future, and it helped define his career. And he found tremendous success. So I go back to the last portion of our mission, the teaching component – we help share those stories of how our veterans that are living in communities across the country continue to give back and use the skills and the experiences that they’ve had in the military,to bring back to their civilian lives and create a tremendous amount of value.” 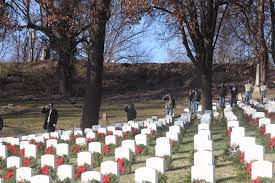 Any organizations or cemeteries that are not participating should get involved. These are opportunities for great projects for Legion posts, VFWs, Boy Scouts, Civil Air Patrol, or Sea Cadets, especially with the naval presence in Southern California. Most importantly, Joe encourages everyone on December 18th, to find a cemetery and witness the wreaths for themselves.

You can also hear the stories of our veterans on the iHeart Radio platform, where they have a Wreaths Across America radio station, not only to highlight patriotic music, but information about activities, interviews with location coordinators but also issues impacting veterans.  One of the programs, Mission Matters, is one that Joe hosts along with co-founder and Executive Director Karen Worcester on why their mission is important. 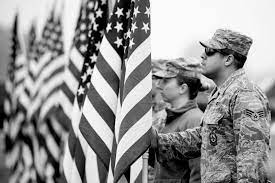 Prior to joining Wreaths Across America, Joe had ran a nonprofit that focused on supporting homeless veterans and veterans with chronic mental health issues, giving them hand ups not handouts. Joe believes the number one barrier between veterans and proper mental health is themselves. He cites that if you look at perceptions of post traumatic stress, veterans actually have a lesser view of individuals with posttraumatic stress than the civilian community does. The first step is awareness and saying “it’s okay to not be okay”. There are resources like the National Suicide Prevention Hotline, the Veterans Crisis Line, and the Veterans Administration has programs geared towards crisis intervention and expanding care to veterans in crisis.

Joe believes in intervention, and believes that the chronic homelessness issues, especially around veterans can be alleviated through earlier intervention. Wreaths Across America is part of the solution as it fosters a community that everyone needs, especially our veterans.

You can view the full interview here.