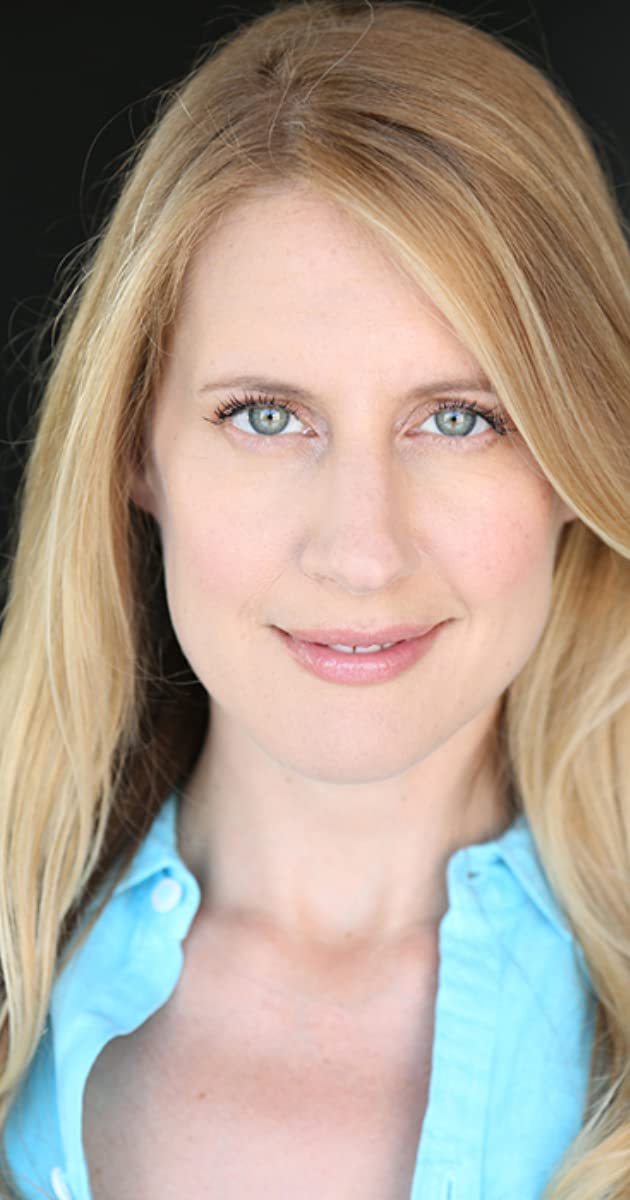 Hollywood, CA (The Hollywood Times) 8/10/21 – Do you think Carla Delaney was thinking about how great her review headlines would look when she named her new one-woman show?  But what if the reviewer didn’t think the show was, in fact, worth it? Luckily, the show, which previewed on August 8 in advance of two more performances at the Hollywood Fringe Festival, is funny and original, and Delaney is a talent who deserves attention. Which, interestingly, is the theme of the show itself.

After taking a year off due to, duh, the pandemic, the Hollywood Fringe Festival is back with a postponed and abbreviated but still exciting program of emerging talent and equity waiver productions. Fringe Fest is always an opportunity for discovery, and we are delighted to see its return. (Live performances require masks and proof of vaccination; livestreams will be available for those unable to attend in person.) 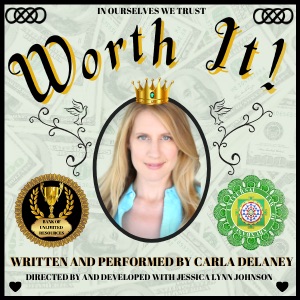 Delaney is a prolific voice actress, having sort-of-appeared in everything from Family Guy to Red Dead Redemption, but her goal is to be recognized as a singer, songwriter, and actress. This production should assist in that goal, as she plays 40 different characters and sings half a dozen original songs. It’s just her onstage, interacting with herself and a bunch of backing videos. Even the scenery is created by a slide projector. But the fast-moving hour elicited plenty of empathetic laughs from the audience.

Worth It starts out as a funny commentary on the invasiveness of modern technology, as Delaney’s alter ego Casey Dawning walks into the Bank of the Future to withdraw some cash. Her boyfriend Beef, it seems, has left her in the lurch, as boyfriends named “Beef” tend to do. Casey, an aspiring back-up singer who currently works a “survival job” at We Box You In (she has been recognized for “thinking inside the box”) quickly discovers that the resident teller knows way too much about her.

The teller is also played by Delaney, as are the characters the teller brings to life through a pair of imaginary VR goggles. There’s Casey’s mother, her father, he 8th grade crush, an energy healer, the Cabbage Patch dolls.… Soon, we realize this comedy about modern technology is actually an entry point into a more conventional type of one-person play: the onstage therapy/memoir/self-help journey. This one is enlivened by some detours into economics, genetics, and New Age mysticism, as well as songs, impressions, and, most important, jokes. Plenty of jokes. Delaney is a gifted light comedian, who should work more in front of the camera. Which is kind of the point of the whole production. 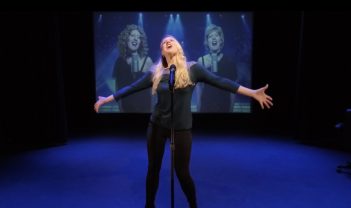 The theme of the evening, what Casey realizes after her encounter with the Bank of the Future, is what she should have realized as soon as saw what play she was in: she is worth more than she gives herself credit for. She is worth more than a day job and a backing gig. Maybe she is even worth investing in herself enough to mount a one-woman show at the Hollywood Fringe Festival.

The Hollywood Fringe Festival runs from August 12-29 in and around Hollywood. Check www.HollywoodFringe.org for more information.