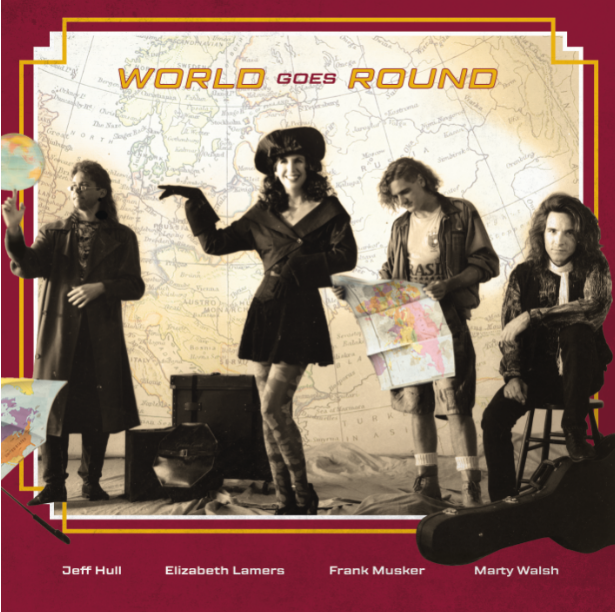 “Put It On The Line,” is dedicated to today’s heroes.  Says co-lead singer Frank Musker, “It’s a song about overcoming fear and self doubt – emotions common to every single one of us. It is dedicated to all the ordinary every day heroes everywhere who put themselves on the line and in harm’s way each and every day for us – the ones who just turn up come what may and do their duty whatever the cost.  It’s for the nurses, the doctors, the health workers, the firemen, the soldiers and to all those who daily overcome resistance and their own perceived limitations. There are no limits to heroism and to what one can achieve.”

World Goes Round releases their new single, “Put It On The Line” last Friday.  Check out the music video HERE.

With combined credits from such legendary artists as Queen to Supertramp, John Fogerty, Air Supply, John Denver, Linda Ronstadt, Chaka Khan, Sheena Easton, Quincy Jones, Kenny Rogers, Supertramp, Donna Summer, Neil Diamond, Jeffrey Osbourne, and many more, World Goes Round’s members: Frank Musker (co-lead vocals), Elizabeth Lamers (co-lead vocals), Jeff Hull (keyboards/drums/bass guitar) and Marty Walsh (guitar), have written, recorded and performed an immense catalog of iconic music making.  Their original producer, multi Grammy Award and Emmy Award winning Tommy Vicari (known for his work with The Oscars, The Emmys, Prince, Billy Idol) recently remastered it, after one of the band members found an old cassette of the recordings. Now, more than 30 years later, the music available for the public to hear.  The 10 track album was recorded at Musker’s Laurel Canyon studio in L.A., where the group created powerful pop tunes, matching their creative and musical aspirations – to make a record that was musically inspired by their heroes. Two singles were released earlier this year (“Big House”, “Round The World”), and the songs on the album, although recorded in the 80s, have messages that were relevant then, and are now.  The group’s mission was to make socially conscious music, and today, their messages resonate now more than ever.