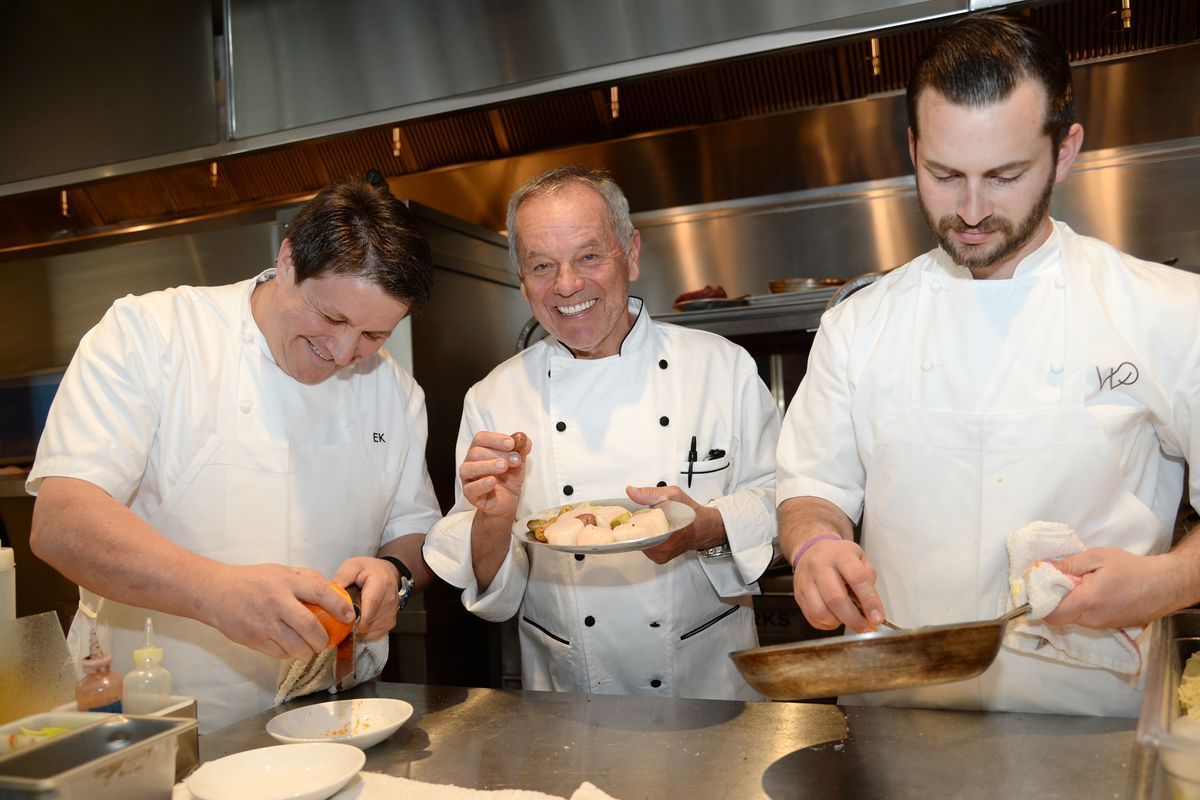 West Hollywood, CA (The Hollywood Times) 5/22/17 – Hollywood’s heroes come in many forms and flavors, much like food.

One of the more fascinating ones is celebrity chef Wolfgang Puck, who on April 26th, 2017 received his star on the fabled Hollywood Walk of Fame.

With an estimated net worth of $90 million, Puck could hardly escape the attention of the Hollywood Chamber of Commerce for this unique honor.
His fearsome Austrian work ethic and obsessive attention to technique have netted him two James Beard Awards and worldwide acclaim for establishments such as Spago’s in Beverly Hills.  Puck is also the official caterer for the Academy Awards Governors Ball.

Classically trained at L’Oustau de Baumanière in Les Baux-de-Provence, at Hotel de Paris in Monaco, and at Maxim’s Paris, Puck moved to the United States in 1973 at age 24 to seek his fortune in food.

After two years at La Tour in Indianapolis, Puck moved to Los Angeles to become chef and part owner at Ma Maison restaurant.

Over the years Puck reimagined many American classics such as pizza and burgers and fries that had in fact originated in his native Europe.  The hot crispy crust and high style cold toppings (including caviar) on his Spago’s Smoked Salmon Pizza have made it a permanent celebrity favorite since the 1970s.

Among other honors, Puck received the 2001–2002 Daytime Emmy Award for Outstanding Service Show, Wolfgang Puck.  In 2013, he was inducted into the Culinary Hall of Fame.

Wolfgang Puck appeared in a TV commercial advertising California along with other flamboyant personalities such as Jack Nicholson and Arnold Schwarzenegger.  He is an active philanthropist whose Puck-Lazaroff Charitable Foundation founded in 1982 has raised more than $15 million.

LA applauds international talents like Wolfgang Puck who literally shape our tastes and whet our appetites for innovation!