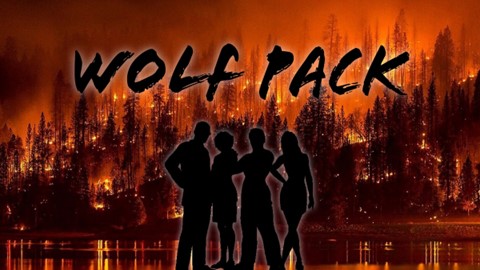 Los Angeles, CA (The Hollywood Times) 9/23/22– Paramount + new original series Wolf Pack is based on the book series Wolf Pack by Canadian horror author Edo Van Belkom. The show is centered around two teenagers (Armani Jackson and Bella Shepard), who discover that they are werewolf’s after being wounded by an unknown creature in a wildfire. They meet two other teens (Chloe Rose Robertson and Tyler Lawrence Gray) who were adopted by a park ranger (Rodrigo Santoro), hiding dark secrets about a wildfire that happened years earlier. 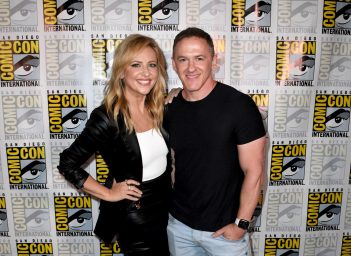 Viewers can also expect Sarah Michelle Gellar, the original Buffy the Vampire Slayer to appear in this series. Geller will play Kristin Ramsey, an arson investigator determined to get down to the bottom of the wildfires. During the Paramount+ TCA Press Tour panelist wanted to know what made Geller take on the series she said; “Yeah, I have been pitched once, twice, 2,000, a few of these. It was just like all of the stars aligning. I, honestly at first, had no intention of saying yes. I read the script, and it was the first time where my interest was so piqued, and I wasn’t sure where it was going. And I think one of the beauties of “Buffy” was the sort of metaphorical aspect of it. We were using monsters. These real monsters with the metaphors for the horror of high school. For me that’s what made the show so important, and why it still stands the test of time. When I read the script, and when I spoke with Jeff, and we spoke about the issues that he wanted to speak about, mainly anxiety and depression among children, specifically having a lot to do with their use of devices, and sort of the lack of connectivity that the youth has today. It is something that I think about all the time. It is so prominent. A big study came out yesterday linking the effects of depression and the brain synapses directly to this. I thought what a great allegory to use these horrors to speak about the horrors that we are facing now. And then you add in the earth and what we are going through, specifically the backdrop of the fires. I lived very close to the last fire that hit LA and I was evacuated for a week. We didn’t know if our house was going to burn to the ground. Understanding what we are doing to our environment and using this as an in to speak about these bigger subjects. But at the same time, I love the water cooler shows. I want to be on the show that everybody is talking about. “Can you believe this just happened? Can you believe what they did? “And you go back and rewatch it and realize what we are saying and doing. And that’s my favorite type of show. Jeff is a master, and this cast is incredible. It’s honestly been such a joy.”

Wolf Pack will premiere later this year on Paramount+.