Wizard World Tulsa Oklahoma was held September 6th through  8th and it was the fifth year for the event (sixth overall in Oklahoma). 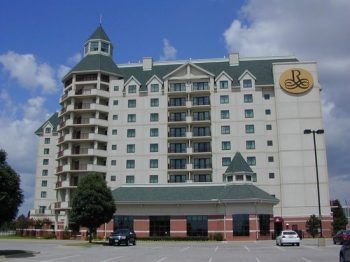 The first at the Renaissance Hotel was like a wonderland when you entered through the ballroom entrance.

Kato Kaelin greeted you as the host and was the emcee for the panels and acts on the front stage. He was very welcoming and has a very fun sense of humor.

It was a great family event and the costumes were incredible! Several family members dressed up and had a theme.

My first time covering this great event.  I wasn’t sure what to expect, but it was an extremely entertaining experience. Many things to keep you busy, actor greetings and autograph signings from Jason Momoa, Lou Ferrigno, Thomas Ian Nicholas, Sam Jones and many more.

Checking in and meeting Jerry Milani was great to put a face to my emails for press. He makes sure the Actors get the respect they deserve and no one gets to them without his ok.

Jason Momoa, “Games of Thrones” Actor and Iconic Superhero in “Aquaman” had the largest crowd on Saturday waiting outside early to meet him, get their picture or autographs.

Lou Ferrigno, born in Brooklyn, New York. The Incredible Hulk Actor and Professional Body Builder was an interesting interview since my son had grown up watching the Hulk.  Some interesting facts he told me about was the makeup, which took 3½ hours to apply and 1½ hours to take off.

He usually had to be in it for 12 to 14 hours. That makes a long day! He also said that this morning he and Sam Jones (Flash Gordon) crammed in a 1 hour and 20 minute work out.

Sam Jones, Flash Gordon said he was a little tired from Lou Ferrigno workout that morning. You might also remember he was Bo Derek’s husband in the movie “Ten.”  He has been in 63 other films. The latest Life After Flash Documentary.

His Idol is Arnold Schwarzenegger. They competed in the documentary Pumping Iron.  Purge of Kingdoms is the latest released film and Guest House will be released in 2020.

The most fun I had was interviewing Thomas Ian Nicholas! I guess that is because he wears many hats as I do! LOL

Of course you know him from “Rookie of the Year” and “American Pie” all four films.

He also produced and is starring in a film called “Adverse,” a drama/thriller which will be coming out 2020.

Zeroville hits theaters on September 16th with James Franco, Seth Rogan, Danny McBride, Will Ferrell and Megan Fox. Thomas mentioned he would be singing later that afternoon on the main stage in the ballroom after his panel with movie trivia. He would be singing and playing acoustic set at a venue downtown Tulsa, Blackbird on Pearl.

Thomas Ian Nicholas invited The Hollywood Times out to listen to him perform by putting us on a VIP list. We were so impressed and enjoyed his style of music. He has a nice rock sound.

The Hollywood Times also covered A Ghostbusters Fan Event at Sony Pictures for Wizard World this past summer. Check out the article by Judy Shields here: