Los Angeles, California (The Hollywood Times) 08/22/2020 – MR. SOUL! – A FILM BY MELISSA HAIZLIP coming to theaters and over 50 virtual cinemas across the nation starting August 28, 2020. MR. SOUL! is a story about Ellis Haizlip – and his accomplishments as America’s first Black nighttime talk show host during the Civil Rights Movement/Black Power Movement from 1968 – 1973.  It is a rich story that will resonate with audiences across the nation and across generations.  With Black Lives Matter and the current state of our country and our communities addressing racism in a meaningful manner – Haizlip’s story and his inspiration is now even more important.  WRITTEN, DIRECTED AND PRODUCED BY MELISSA HAIZLIP, MUSIC COMPOSED BY ROBERT GLASPER and NARRATION WITH BLAIR UNDERWOOD.

You are an award-winning filmmaker. How has the pandemic changed your vision of film?

The pandemic has brought the art of survival into sharp focus, placing life, social and racial justice in perspective. As artists, we know that the music, the art and the culture will save us. I’m excited to see what art and creativity will arise from this period. During the pandemic, as cinemas and movie theaters have closed, streaming has become more popular. New models of distribution have created windows of opportunity for independent filmmakers. That’s why we’re delighted to offer a virtual cinema release for Mr. SOUL!

You’ve had a successful career. What are you most proud of?

I am most proud and beyond honored to be able to bring the story of Ellis Haizlip and SOUL! back to the people. Ellis Haizlip was an unsung hero, a gay icon, all the while he was curating the culture and giving Black people a voice. It’s thrilling and somewhat daunting to be a legacy-keeper, to stand on the shoulders of giants. Now more than ever we must tell our own stories, tell Black stories. As a woman of color director, elevating this particular story is a priority for me. 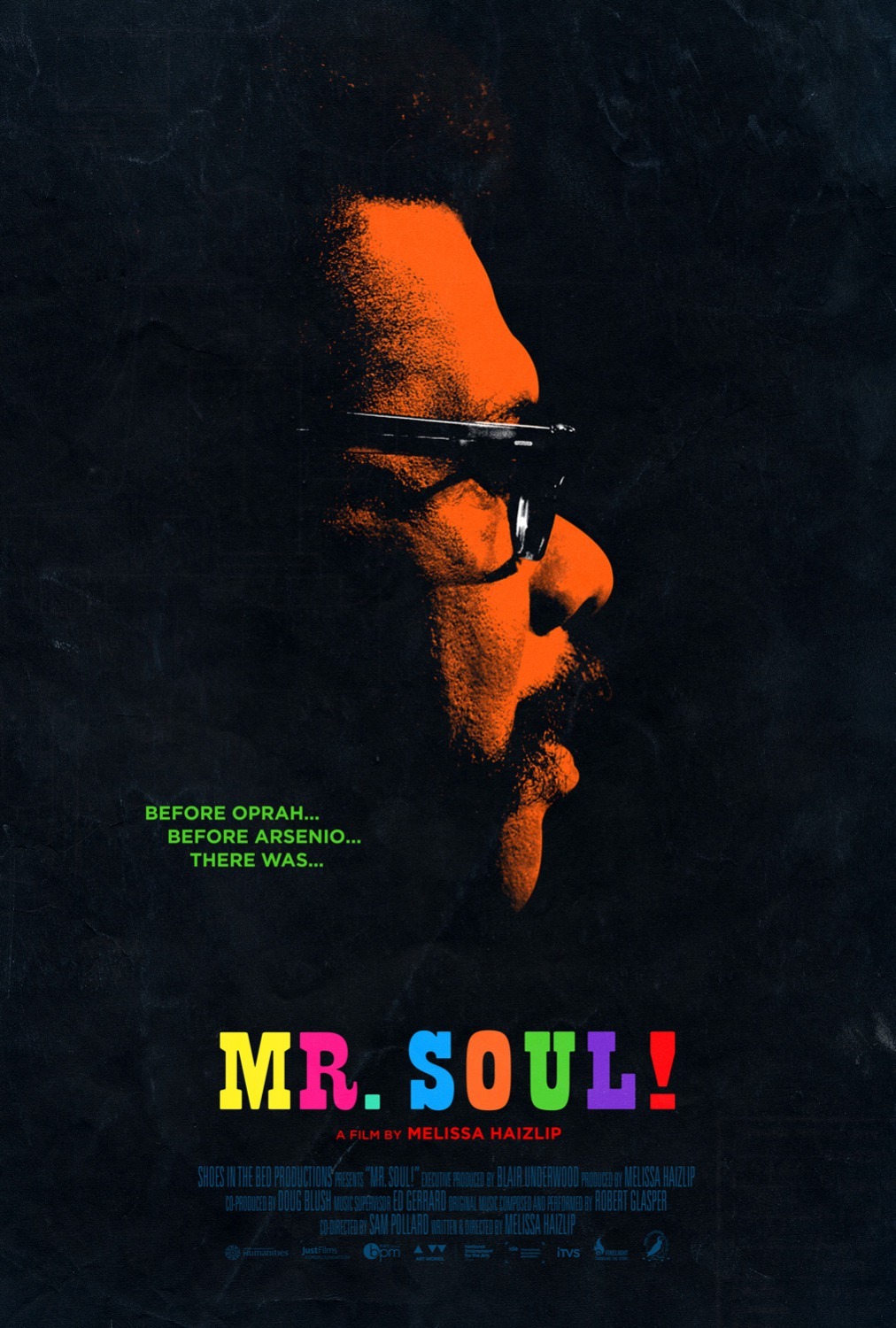 Your documentary Mr. SOUL! screened at the 2013 Martha’s Vineyard African American Film Film Festival, where it won the Audience Award. Why did you decide on this project?

Mr. SOUL! screened a work-in-progress at the 2013 Martha’s Vineyard African American Film Festival, and then returned in 2018 to screen the complete film. In 2018 we were awarded both the HBO Jury and Audience Award. I decided on this project because no one had told the story of the beginning of diversity in television, or the birth of Black Power TV, and how it tied in with the Black Power and Black Arts Movements. I thought it was important to honor the source, and that Ellis Haizlip’s story — the story of SOUL! — was long overdue.

Tell us about the film.

Mr. SOUL! tells the story of how SOUL!, premiering in 1968, was the first nationally broadcast all-Black variety show on public television, merging artists from the margins with post–civil rights Black radical thought. We also tell the story of how visionary producer-turned-host Ellis Haizlip—openly gay and committed to charting new aesthetic territory—brought the avant-garde into the mainstream by foregrounding poetry and politics. Debuting icons like Patti LaBelle, Ashford & Simpson, and Arsenio Hall alongside early legends such as Toni Morrison, James Baldwin, and the Last Poets, Ellis Haizlip’s keen ear for talent propelled a cultural shift so powerful it pushed Nixon into action. Amiri Baraka, Sonia Sanchez, Nikki Giovanni, Kathleen Cleaver, and more reflect on this lost chapter of pop culture history and revisit their time on SOUL! Music is its own character in the film. We have a gorgeous original score, with music by Robert Glasper. The film takes a deep dive into these unseen yet urgent archives while revealing the complex man who was the SOUL! of it all.

Mr. SOUL! is a rich story that will resonate with audiences across the nation and across generations. Why is this film making such an impact today?

With the current ongoing Black Lives Matter movement, as our nation is on the eve of a great racial reckoning, Ellis Haizlip’s mission, his show, and the artists he gave a platform to have become even more important now. That inspiration and that courage during that time period is a road map for our young leaders and the movement today. Mr. SOUL! is not only a tribute to Ellis Haizlip for championing Black culture but another reminder that the African-American experience still needs to be told now more than ever.

What resonates with your soul about Ellis Haizlip.

Ellis Haizlip was my Uncle, so I feel indebted to him for having paved the way for so many artists, and at the same time, I want to uphold his legacy. What resonates with my soul the most is Ellis Haizlip’s pure, unrelenting love for Black culture and Black people, and the fact that he was an Afro-Futurist, seeing and imagining a better future for us all.

That’s so hard to choose! I have many favorite scenes in the film, one of which is when Nikki Giovanni is interviewing James Baldwin in London in 1971. It’s such a powerful and real conversation about Black love, Black relationships, Black family dynamics, and Black literature. When Amanda Seales posted a clip from SOUL!, from the Nikki Giovanni / James Baldwin conversation to her Instagram, saying it was “one of the realist conversations on a reality of being in black love,” the post went viral with over 439,219 likes and comments! That’s when I knew how timely it was — people like Lena Waithe and pages like @ForHarriet and @essence were commenting and reposting it like the conversation had happened yesterday, rather than in 1971! Every time I see these incredible icons of the Black literary canon, I’m beyond grateful that Ellis Haizlip had the foresight to bring them together for a conversation that would not only be transcribed and published as a book, but that would continue to inspire future generations. Black history is now. And Black joy revolutionary!