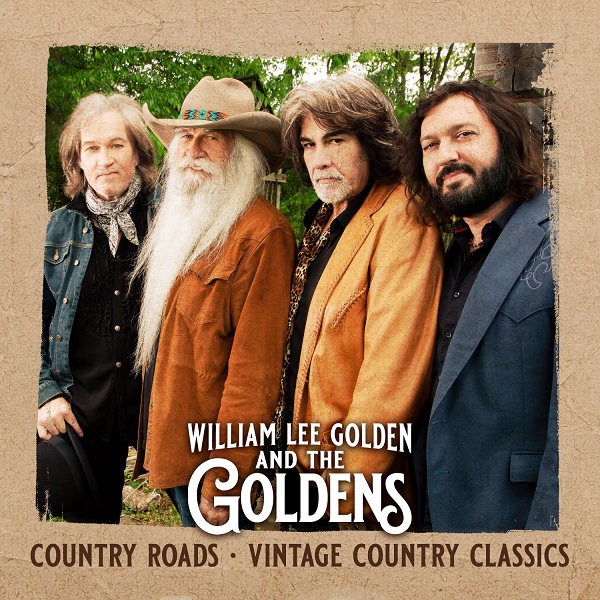 NASHVILLE, Tenn. – Country and Gospel Music Hall of Fame and Grand Ole Opry member William Lee Golden and his sons ‘The Goldens’ are celebrating their first #1 with their current single “Come And Dine” off their upcoming album, Old Country Church Gospel. The tune is a favorite of Golden and his sons, an upbeat classic calling to feast at the table with Jesus! “Come And Dine” was the first of three singles released off their three-album collection including two others titled Country Roads: Vintage Country Classics, and Southern Accents: Pop & Country Rock, containing over 30 songs spread amongst several genres that all have an impact on the lives and careers of William Lee Golden and The Goldens.

To view the music video for “Come And Dine,” visit HERE.

“This is an exciting time for us as a family,” shares William Lee Golden. “I am so proud of this project and of The Goldens reaching #1.”

William Lee Golden and The Goldens have released three singles from their upcoming albums Country Roads: Vintage Country Classics, Southern Accents: Pop & Country Rock, and Old Country Church Gospel which will be released in early 2022. Following the release of “Come and Dine“, “Four Walls” and “Jambalaya” were launched, including both lyric and concept videos:

Golden kept spirits high as the world seemed down during the pandemic, by gathering his sons Rusty, Craig, and Chris, his grandchildren Elizabeth, Rebekah, and Elijah, and friends Aaron McCune, Ben Isaacs, and Michael Sykes to record the three albums. Golden, his family, and friends bring their fresh interpretations to longtime favorites, with Golden delivering reminiscent renditions of Johnny Cash’s “I Still Miss Someone,” and Jim Reeves’s “Welcome to My World.” Chris shines on Tom Petty’s “Southern Accent,” Rusty delivers a vibrant take on Bob Seger’s hit “Hollywood Nights” and Craig, the rarely heard Golden, revives Gregg Allman’s “Multi-Colored Lady.”

Country Roads: Vintage Country Classics
1. I Still Miss Someone
2. Four Walls
3. Welcome To My World
4. Take Me Home Country Roads
5. The Great Speckled Bird
6. Green Green Grass Of Home
7. Send Me The Pillow That You Dream On
8. You Are My Sunshine
9. For The Good Times
10. Jambalaya

About William Lee Golden and The Goldens:
There are few things more powerful than family harmony and rarely has that been more evident than on the three new albums recorded by Country Music Hall of Fame and Oak Ridge Boy member, William Lee Golden who, along with his talented sons have created William Lee Golden and The Goldens. The Brewton, Alabama native cements his considerable legacy in the music industry with three distinctive collections that reflect his musical roots and the journey that has made him one of America’s most unique troubadours. From revered gospel classics to beloved country gems and iconic rock favorites, Golden leads his family through the songs that have been stepping stones on his well-traveled musical journey. It all comes together as a rich sonic tapestry that fans will cherish. For more, visit williamleegoldenandthegoldens.com.

About Copperline:
Copperline is a global music distributor offering the highest level service for independent labels in partnership with industry powerhouse, The Orchard. With a team of seasoned industry veterans, Copperline has been able to provide millions of streams in over one hundred countries for its uniquely diverse label clients. Copperline is heavily involved in pursuing television and film synch opportunities and has extensive placements with Netflix, Amazon, Universal, HBO, and others.

Copperline has offices in Los Angeles, Miami, Nashville, Canada, and Berlin, including clients in Italy, Germany, South Africa, the United States, and others. Through its passion for music, Copperline continues to expand its reach globally. For more information, visit copperline.com.