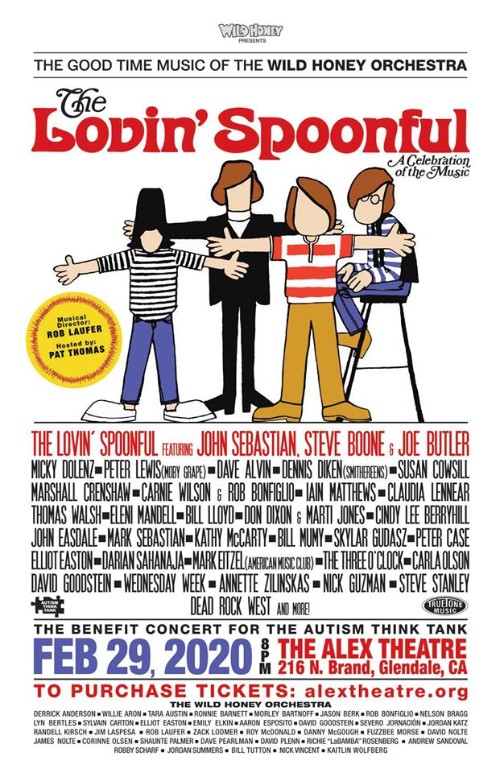 Believe In Magic: The Wild Honey Orchestra and Friends Celebrate The Lovin’ Spoonful

Glendale, California (The Hollywood Times) 2/29/2020 – “We delight in this moment,” says singer/songwriter John Sebastian. “Lest we understate it, we are delighted.”

“No smoke,” says drummer Joe Butler. “It’s a privilege and an honor. It gets close to pushing the blubber button.” 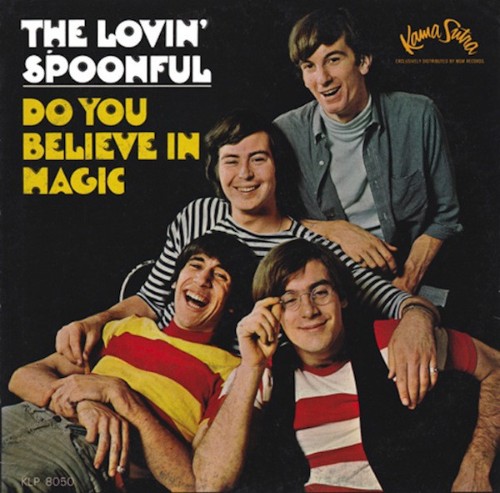 The delight of these original bandmates (bassist Steve Butler was also there, but doesn’t say much; Zal Yanovsky died in 2002) was equaled only by the delight of the audience on Saturday night. A sold out house of mostly Baby Boomer, mostly music nerds laughed, cheered and sang along as the Lovin’ Spoonful played together for the first time since they were inducted into the Rock’n’Roll Hall of Fame 20 years ago. As a bonus, they were joined onstage by an embarrassment of musical talent who are themselves fans of the Spoonful, including members of The Cars, Moby Grape, Wilson Phillips, the Blasters, The Smithereens, the Bangles, the Monkees and more.

It didn’t start out as a band reunion. No one imagined that was even possible. “They’re just one of my favorites and kind of an underdog band, so I decided everybody should hear the Lovin’ Spoonful,” says Wild Honey Foundation CEO Paul Rock. “Miraculously, they decided to do it. It was totally unplanned.” 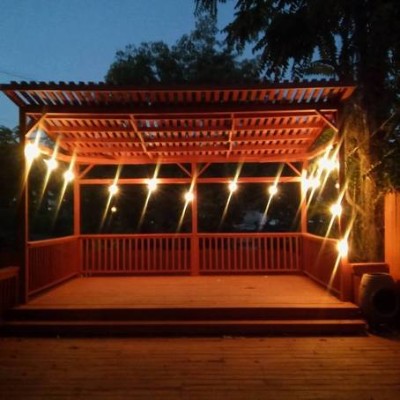 Wild Honey is a collective of musicians and music industry insiders that began back in 1993 with a tribute to Brian Wilson performed in Paul Rock’s living room by what he calls “a bunch superfans.” Over the years, it expanded to the 40-piece rotating Wild Honey Orchestra who donate their time to put on shows that raised money for Habitat for Humanity, Grammy in the Schools and other causes. After Rock’s now 16-year-old son Jake was diagnosed, their efforts turned toward autism.

To date, the Wild Honey Foundation has raised more than $175,000 for the Autism Health Care Collaborative. They’ve done tributes to the Buffalo Springfield, the Kinks, the Beatles. But this time, the subjects of the tribute thought maybe they should make an appearance. And maybe play. And maybe play some of their greatest hits together. And then maybe do it in front of 1,400 people for four hours, and that blubber button got pushed for more people than just Joe Butler. 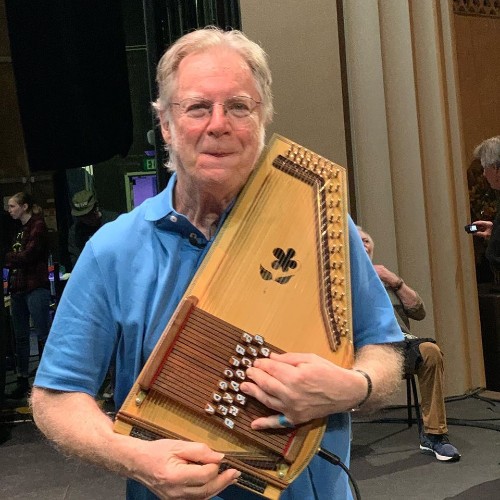 Apparently the Lovin’ Spoonful are more beloved than they themselves realized. By showtime, there wasn’t a ticket to be had for love nor money and both fans and guest musicians came in from all over the country for the show. (If you missed it, videoclips will be available online. I’ll provide links at the bottom.) With 40-odd regular and 30-odd guest musicians rotating in and out, it was probably the deepest, most varied, and most fleshed-out version of the Spoonful catalog ever performed. It was loose-limbed to the point that the occasional musician walked on in the middle of a song (cough Elliot Easton cough), and the guitars may not always have tuned to the same key, but any missteps were more than made up for by the palpable affection and admiration among the players.

The thing about the Lovin’ Spoonful – and possibly one of the reasons they were not a bigger chart hit – is that they defy genre. On one hand, there were prototype country-rock numbers like “Darlin’ Companion” (performed by guest artist Billy Mumy), “Fishin’ Blues” (Eleni Mandell) or “Nashville Cats” (Bill Lloyd.) On the other hand, you had jazzy material like “Coconut Grove” (sung by Thomas Walsh) or “Warm Baby” (David Goodstein.) Spoonful DNA courses throughout the ‘80s “Paisley Underground” revival, as local heroes The Three O’Clock made apparent with “She’s Still A Mystery to Me,” but John Sebastian also blows a killer blues harmonica, as he did with legendary Americana guitarist Dave Alvin on “Night Owl Blues.”

Despite the fact that artists from Paul McCartney to Eric Clapton credit the Lovin’ Spoonful as musical inspiration, Top 40 radio had trouble programming a band they couldn’t pigeonhole. “There comes a moment when you’re wildly out of fashion,” said Sebastian. “It’s happened to me 5 or 6 times.”

But there were unforgettable hits nonetheless. Sebastian told the story (he told a lot of stories…) about how his brother Mark’s idea for a chorus and bassist Steve Boone’s idea for bass line begat “Summer in the City,” which Joe Butler belted out like his vocal chords are still in 1966. Carnie Wilson and her husband Rob Bonfiglio harmonized spectacularly on “Did You Ever Have to Make Up Your Mind.” Susan Cowsill crooned “You Didn’t Have to Be So Nice.” Mickey Dolenz stepped onstage for an idiosyncratic “Daydream,” while Marshall Crenshaw (!) and pedal steel player David Pearlman breathed new life into “Rain on the Roof.” It’s a remarkable catalog that encompasses everything from a hit TV theme song (Welcome Back, Kotter) to obscure film soundtracks (What’s Up Tiger Lily and You’re a Big Boy Now), and they played it all.

The entire evening was a labor of love, and when it concluded with 50 veteran musicians onstage — all of them fans of one another and delighted to be there together — inviting the audience to sing with them on “Do You Believe in Magic”… what can I say? I believe.