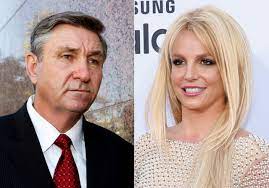 As someone who has been closely covering every twist and turn of the Britney Spears conservatorship, the fact that it may be reaching a logical conclusion in two weeks is a massive relief to Britney’s fans all over the world, who have been the driving force behind the #FreeBritney movement. The acrimony we have seen since this case resurfaced in the courts during the summer has intensified, with Britney issuing statements last week over social media claiming that her family hurt her deeper than anyone will ever know.

Britney Spears is set to return to court with a vengeance on November 12th. While experts disagree as to whether the conservatorship of Britney Spears will end on that date, I strongly feel that it will. This is a conservatorship that never should have happened. It has been one rife with abuse and is a black mark against the California probate system as well as many of the parties involved in the case over the past 13 years

Nancianne Aydelotte, a New Jersey lawyer, sees the light at the end of the tunnel not only for Britney but for many other similarly-situated conservatees:

Indeed, the best thing to come out of the case, aside from Britney’s eventual freedom, is the reform to California conservatorship law that Governor Gavin Newsom recently signed into law to become effective on January 1st. This new law dramatically reforms conservatorship law and mandates financial training for conservators such as Jamie Spears who do not come from a financial background. It makes a regular review of the conservatorship mandatory and simply closes a lot of the legal and procedural loopholes that have existed for a long time and harmed many people. Put as directly as possible, California’s new conservatorship law is going to go a long way to ending conservatorship abuse.

So what happens after this conservatorship ends – whether it’s on November 12th itself or relatively soon afterward?

First, there is another hearing set for December 8th, which was planned to be entirely about financial issues, including outstanding legal bills allegedly owed by Britney’s estate. Once the legal bills are resolved, assuming that the conservatorship has ended, Britney is entirely free to make ALL of her own decisions, including those that were the foundation to the conservatorship being instituted 13 years ago. In other words, if she wants to make decisions that others will deem irresponsible and lose all of her money in doing so, that’s life.

As to the issue of any misappropriation of funds or inappropriate use of funds – however, one would want to classify it – this is a really challenging bridge for the estate to try to cross. Straight-up fraud is really difficult to prove in a conservatorship. Generally, since conservatorships usually involve a conservatee who is true as opposed to fictitiously unable to care for themselves, even if there was a fraud, it’s difficult to discover, trace and prove. But in this conservatorship, there is at least evidence on its face (thank you, New York Times and Netflix documentaries) that Jamie Spears may have committed illegal acts with the finances of the estate.

This leads us to the more pressing questions surrounding Jamie Spears. Having already taken his place on lists of historically bad fathers, what happens with and to him is going to be a matter left to courts and the gods, one would imagine. Aside from any pending criminal matters here, it’s not inconceivable to imagine another Spears v. Spears, and perhaps another accompanying documentary or two. If millions of dollars were indeed misspent, it would fit the tone of Britney’s new legal team to pursue this in any legal forum available to them.

Ultimately, the end of Britney Spears’ conservatorship is going to mark the beginning of a new normal for the pop superstar. What she chooses to do next is entirely up to her. The past few months have shown not only her most ardent fans but the entire world that she remains an extremely marketable superstar. Should she choose to embark on a post-conservatorship work tour, the result would be a massive financial windfall.

But part of being truly free is also the ability to choose not to do things, which she really hasn’t been free to choose during her entire career. Freed from the toxic control of her father and those he put into place to help keep her in place, Britney’s horizons will be as expansive as she chooses to make them.

Aron Solomon, JD, is the Chief Legal Analyst for Esquire Digital and the Editor of Today’s Esquire. He has taught entrepreneurship at McGill University and the University of Pennsylvania and was elected to Fastcase 50, recognizing the top 50 legal innovators in the world. Aron has been featured in CBS News, CNBC, USA Today, ESPN,  TechCrunch, The Hill, BuzzFeed, Fortune, Venture Beat, The Independent, Fortune China, Yahoo!, ABA Journal, Law.com, The Boston Globe, and many other leading publications.