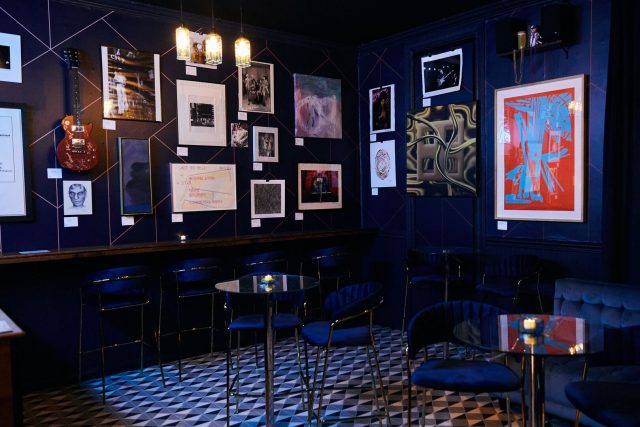 A Rockin’ Good Time at the Opening Gala of Frieze LA!

The tasty gin transformed a townhouse at Paramount studios into the Bombay Bar and Lounge inspired by Max’s Kansas City and featured artwork by such art world heavy weights like John Waters, Mary Abbott and Mark Di Suvero, as well as rock & roll memorabilia.

One such cocktail of the night was “Jane County Punch.” This drink was inspired by the actual Jayne County, who was the iconic singer of Wayne County and the Electric Chairs, who influenced incoming punk music era.

Of note, the person, Jayne County, was the very first openly transgender singer to perform at Max’s bar where the cocktail Jane County Punch was invented. Very cool.

The star-studded opening gala on Valentine’s Day in LA featured an intimate dinner under the stars with the resplendent Rita Ora, Baz Luhrman, Asia Chow, Leonardo DiCaprio, Y’Noel and others.

Romeo + Juliet director Baz Luhrmann opened the night with a fantastic speech on what inspires creativity, alongside artist Johnathan Yeo. Luhrman’s speech celebrated the impact the art world has on the film industry. It was not lost on this writer that this art fair is being held on a movie studio lot. Great speech and thanks Paramount Studios!

Guests were delighted by the gorgeous surroundings.

Frieze LA was held Feb 15-17, 2019. To add some extra punk rock to the evening, Los Angeles’ weather provided some unexpected rain antics. This was seen in the lounge:

On any given day, you can find me, Cynthia Underwood, writing for The Hollywood Times or painting in my studio with my big orange cat, Stewie, who is a celebrated art expert. I’ve worked on over 6,000 Design Patents in my career as a Design Patent Examiner with the US Patent and Trademark Office.