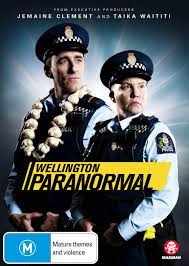 Los Angeles, CA (The Hollywood Times) 7/11/21 – The CW is known for its edgy, science fiction programming. The CW’s new show, Wellington Paranormal is a mockumentary developed by Jermaine Clemon and Taika Waititi (who also produced mockumentary What We Do in the Shadows). The show details accounts of how crew members, Officer Kyle Minogue (portrayed by Mike Minogue), Offiver O’Leary (portrayed by Karen O’Leary), and Sergeant Ruawai Maaka (portrayed by Maaka Pohatu), and how they chase paranormal activity. The cast and producers reflect on the show and what sparked their interests in the paranormal. 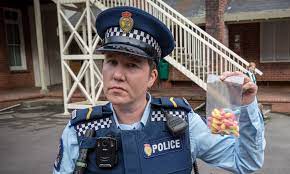 Actor Mike Minogue suggests that he had a history of watching horror movies. He says, “The only thing that scared me cause my mum used to let me watch whatever I wanted, and I even liked The Omen, watched The Omen when I was about six or seven and that didn’t really scare me that much. But, one thing that sent me up to my bedroom because I was so terrified was Chuck Norris in the movie Silent Rage. This guy that just would not die. And yeah, so I had to keep on going up to my bedroom because I was so scared. And even at the end, that guy got kicked down the well. Chuck Norris kicked him down the well. And I thought, well that’s it for that guy. And then right at the end he jumps out of the water. So, yeah, Chuck Norris movies scare me.” Minogue suggests that he has a history of watching horror movies and felt certain movies scared him.

Finally, producer Jemaine Clement notes that he has always been interested in the paranormal. Clement explains, “Well, I mean, I’ve always, I’ve always liked that subject. You know, I, I think the first time I got interested in the subject, I was about 4 or 5 and my parents were watching TV and I went to see what it was and it was the scene with this bat, flies into this castle and drops blood onto a skeleton and the skeleton forms into Christopher Lee. And I found it so weird and amazing. And I had nightmares about vampires all through my childhood, so I was, I was thinking about it for a long time before we made the movie. But also I would find them funny and watch any vampire movie. And, and of course someone asked if we pay homage to the X-Files. This definitely wouldn’t exist without the X-Files, this show, it’s, you know, a mixture of, there’s a lot of police TV shows here. in fact when this first season played in New Zealand, it was after three reality police shows. So it would be the fourth, which would sometimes confuse people, because they’d walk back in the room and like, oh, they were just talking to someone about drunk driving and now they’re being chased by a ghost. So it was a mixture of those two things. So very specific kind of, I’m not sure, it’s not quite like Cops, because we don’t have…”. In his account, Clement notes that he watched horror films and found it “weird and amazing” and he was able to integrate the aspects of what he feared into comedy. 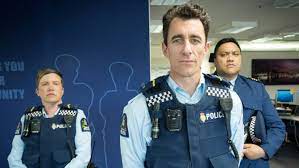 Thus, what motivates the cast and production staff is their general intrigue and strong reactions to the paranormal. O’Leary described a general intrigue while Minogue describes his fear. Clement discussed his overall intrigue of the genre and how he intertwined horror with comedy.