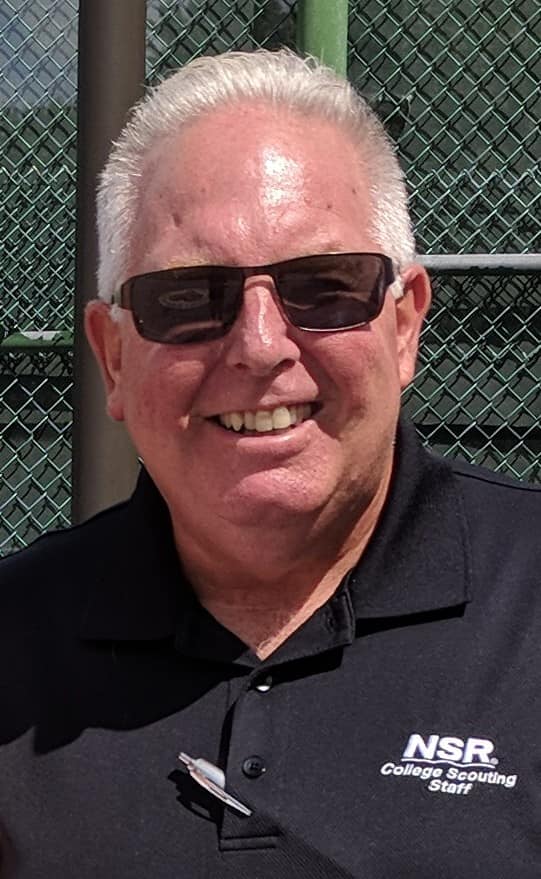 Los Angeles, California (The Hollywood Times) 08/23/2020 –  Tim Irwin is the Area Director for the State of Delaware with the National Scouting Report. “I think I care about the kids in a way that helps me make decisions on their behalf. I have found the scouts at NSR to be incredible people. I would hope I stand alongside them in many areas. I have found the need to educate the player and the parents in the process of recruiting.”- Tim Irwin

When did you discover your love for tennis?

I think I discovered my love for tennis in a very unusual way. I was always athletic but did not try out for any sports in 9th grade until the Spring. My father was the Chester County Tennis Champion for several years so I thought I might as well play tennis. So I went out! I think I was last on the team or next to last, however, my doubles partner and I would go home after practice and then go back down to some tennis courts that were lit at night and play for an extra 2-3 hours. By the end of my freshman year, I was beating the #2 Singles player. I guess it was finding something that I was good at and getting that affirmation from others that I began to identify more as a tennis player.

What is it about the sport that moves you?

I love the mental game of tennis and the geometry of the sport. You see unless you are at the highest level of the game all other tennis matches will be solely determined by who makes the least amount of errors. When you figure out that we are playing a game with a rectangle 78 feet long and a net 6 inches lower in the center than it is on the sides, you can create a strategy of percentage tennis. As long as I can win 51% of all of the points, it’s been a pretty good day.

Share your background. How many years does your career in tennis span?

I began to take tennis seriously in 9th grade. I guess I actually started when my father would take me to the courts and say sit down by the net as he played. I admired that he was very good at it and that our recreation tv room at the house was filled with trophies that he had won over the years. I ended up the #1 player at Coatesville Area High School and then by complete accident the college where I went, West Chester State College in Pennsylvania, I ended up having one of the top college tennis coaches in the country, Dr. Ron Woods. Dr. Woods made it a point to educate, coach, and teach his players how to play and teach the game. He was a strong authoritative figure and hired me to work for him at the prestigious Chase Tennis Center. This experience was life-changing as I began to meet people from all over the world.

You are the Area Director for the state of Delaware with the National Scouting Report. How do you find talent? How can they find you?

In tennis, there are some valuable tools when finding talent in tennis. There is a UTR system that gives a player a number which allows you to know their ability even before seeing them play. Rankings from the USTA is also a big help in finding players who can play. With NSR we are always looking for players who work as hard in the classroom as they do on the court. 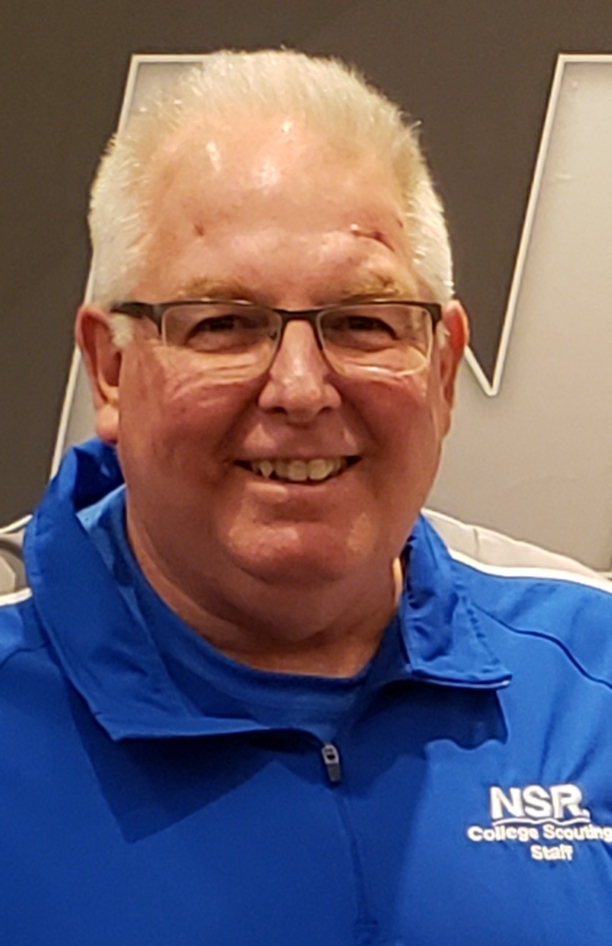 What are the key traits of your talent?

I guess I would have to say that I am a teacher by make up. I am always trying to share information in a way that allows someone to understand it and take it and run with it. I have a deep faith because I believe your faith is your core of who you are. I love to study, read, and listen to all viewpoints on issues of religion, faith, and world views. Over time I have gone full circle as I was raised a Roman Catholic went to college and was introduced to collegiate ministries where I immediately went to Ohio State and Virginia Tech after graduating from college to do college campus ministry. I attended seminary and became a pastor of a small church. I began to realize that our faith is so personal and so critically powerful, that I left the pastorate to continue my search for truth. Over the years I attended other denominations but one night I heard an Orthodox priest teach the Catholic faith from the Bible and I was shocked that it seemed so clear. I eventually returned back to the catholic church well over 20 years ago.

Have you received awards? What are you most proud of?

I think the Hall of Fame from the United States Professional Tennis Association Middle States Division was the biggest shocker and then the Champion for Children’s Award from my school district last year as I was retiring. These two stand out the most. I think being MVP in college and Rookie of the year from the USPTA MS were also significant awards.

What will your talent notice first about you? Why are you different from other scouts?

I think I care about the kids in a way that helps me make decisions on their behalf. I have found the scouts at NSR to be incredible people. I would hope I stand alongside them in many areas. I have found the need to educate the player and the parents in the process of recruiting. Very few people know how to transition from high school to college as a student athlete. The common understanding is “I will be found.” Unfortunately this happens to very few student athletes. There are 158,151 high school boys who play tennis and only 7,838 that will play in college. That’s only 5% with a breakdown of 1.6% at Division I, 1% at Division II and 2.3% at the Division III level. The women’s division is very similar with 190,768 high school participants and only 8,608 playing in college for a 4.5% participation rate. 1.5% will play Division I, 1% in Division II, and 2% in Division III. (Source: NCAA Research: 2017-2018 High School Athletics Participation Survey, updated April 3, 2019)

Share a story about one of your best students. Where is he or she now?

One of my prospects was a young player who was playing #2 Singles for her high school. I actually went over to scout the #1 player but as I was watching, I could not help but see this little girl hustling and running down shots that my attention went to court #2. As I continued to watch the match I saw an older man watching on and asked him if he knew this girl who was playing on court #2? He said, “Yes, it’s my daughter.” This led to an exchange of information and interest and after a follow-up call, I set up an interview with the family. After the interview was over, I extended the invitation to become a select prospect for our recruiting company. She was then able to focus on the best level and what schools had the best academic program. For this prospect, it was a DIII private school that was located about one hour from her home. The opportunity to play as an NCAA athlete has been extraordinary. She has gone to play at the National Tennis Center in Orlando, Florida, and competes at the top of the team. Her leadership and character continue to blossom into a leader among peers and she will be all she wants to be.

What have you learned as a Scout?

I have learned that listening is a critical step to helping someone who is not sure where they are going and how they are to get there. It is very clear that not many understand the recruiting process and because of that, many find themselves trying to do it themselves.

Share some of your goals for 2020 in finding talent. What motivates you?

I am always looking to identify good kids who have the discipline and character to be consistent on the court and in the classroom. When I find a tennis player who possesses a strong GPA, I know college coaches will know they have someone they can work with.

My college experience was a life-changer. I want the same experience to benefit other young players who are really not sure what is available to them down the road. The recruiting business, if done correctly, is a powerful vehicle for changing someone’s life. My objective is to help support young student athletes with a plan, purpose, and measurable tools to accomplish this next chapter in life, playing tennis at the collegiate level.