Presentation to offer solutions to create a kinder world
that honors human rights and dignity for all amidst the growing problem of intolerance and violence in Orange County and nationally. 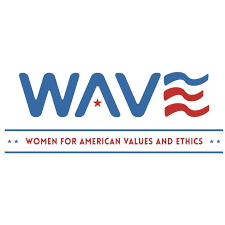 On Sunday, May 19th, WAVE (Women for American Values and Ethics) will present their first annual “Light the Way for Change” event that will address the growing problem of intolerance and violence in Orange County and offer a more just and peaceful path forward.  WAVE has recruited an incredible panel of speakers to lead this conversation, including R. Derek Black (former White nationalist), Jeanne and Gideon Bernstein, Parents of Blaze Bernstein (LGBTQ advocates) and many other community advocates and thoughtful leaders (full list in event info).

The event is sponsored by South Coast Plaza, Lugano Diamonds and Chapman University.  All VIP tickets are sold out, but General Admission tickets can still be purchased at https://wave.nationbuilder.com 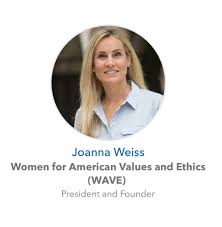 “With the rise of hate crimes in Orange County and nationally, we at WAVE felt an urgent need and responsibility to begin a community conversation that will lead us on a path towards mutual respect and dignity for all.” Founder and President Joanna Weiss,  “The first half of our program will feature the stories of families who have suffered the loss of a child due to intolerance and senseless violence and yet have found a way to turn these tragedies into inspirational calls to action. The second half of the program will involve an open conversation between noted expert on political extremism, Dr. Pete Simi of Chapman University and Derek Black, on the subject of the rise of white nationalism and Derek’s personal story of transformation.” Music will be presented by the Jorg Dubin Band and Laguna Beach Entertainer of the Year, Roxanna Ward 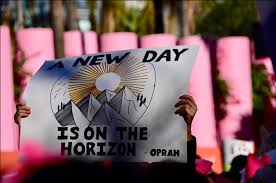 WAVE is a diverse group of over 1,000 nonpartisan women that engages, educates and empowers its members and the community to advance progressive American values and ethics. This event celebrates the launch of WAVE Action Fund, the 501(c)(4) nonprofit arm of the WAVE organization.

THE FUNDS RAISED THROUGH THIS EVENT will be used to support WAVE’s initiatives including gun safety migrant rights, diversity and inclusion, student mobilization and engagement, and climate change.

Derek Black was an avowed white nationalist. His father founded Stormfront, a massive online hate group and his godfather was David Duke, leader of the KKK. He was considered the “leading light” of the white nationalist movement until he went to college and amidst ostracism from the other students, he accepted an invitation to Shabbat dinner that profoundly changed his life. Mr. Black is the subject of the book Rising Out of Hatred by Pulitzer Prize winning reporter Eli Saslow. His story offers hope that through the power of love and connection, people can change.

About Jeanne and Gideon Bernstein, Parents of Blaze Bernstein

Orange County residents Jeanne and Gideon Bernstein are the parents of Blaze Bernstein, a 19-year-old Ivy League college student who was murdered in an alleged hate crime because he was gay. These courageous parents have turned their tragedy into a nationwide movement dedicated to making the world a better place by confronting hate with kindness. #BlazeItForward inspires others to use his memory as a catalyst to inspire philanthropy, do good deeds and improve the human condition.