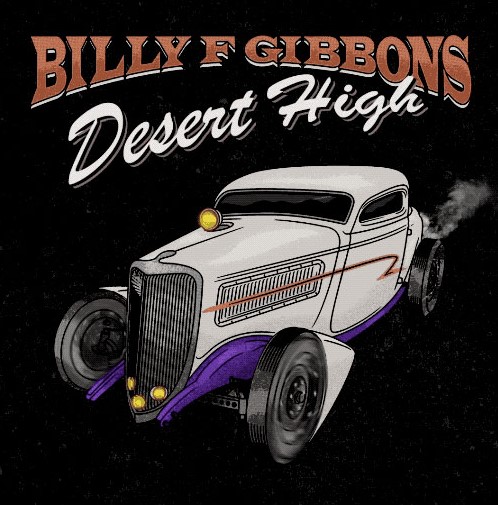 “Desert High” is one of the more idiosyncratic and evocative tracks from Hardware, Billy F Gibbons’ third solo album, out June 4 from Concord.  The song, available now, takes the form of a narrative tone poem with mysterious instrumental accompaniment. It clearly derives inspiration from the high desert location of Escape Studios where the Hardware recording sessions happened last summer. The album was recorded by Gibbons along with drummer Matt Sorum and guitarist Austin Hanks.  Both Sorum and Hanks, it should be mentioned, are based in the California desert these days with Gibbons front and center.

The song, which is recited by Gibbons with his gruff, yet lyrical, delivery cites desert imagery that is specific to the area around Joshua Tree, California.   The companion video for “Desert High” finds BFG cruising a dusty desert landscape in a clapped out ’65 Dodge and was directed by Harry Reese and produced by Matt Sorum who also brought “West Coast Junkie,” the album’s previously released track, to the screen.

Apart from scorpions, cacti, snakes and eagles, the song makes reference to three illustrious musical souls, two of whom are long departed and the other still very much with us.  In the song, Billy says/sings:

“The desert toad takes me for a ride

The Lizard King’s always by my side”

The Lizard King is, of course the alter ego of the late Jim Morrison of the Doors. It should be noted the venom of Bufo Alvarius, species of desert toad is a powerful natural psychedelic. The Moving Sidewalks, Billy’s pre-ZZ Top band, shared concert bills with the Doors in the late ‘60s as they did with the Jimi Hendrix Experience and The Jeff Beck Group (with vocalist Rod Stewart).

“Gram” cited in the song is Gram Parsons, one-time member of the Byrds, Flying Burrito Brothers and Rolling Stones (“Wild Horses”) collaborator. “Keith” is, of course, Keith Richards of the Rolling Stones.  Parsons did, in fact, die in Room 8 of the Joshua Tree Inn on September 19, 1973. He, of course, survives and took it upon himself to induct Billy along with the rest of ZZ Top into the Rock and Roll Hall of Fame back in 2004.  Richards’ friendship with Gibbons dates back many decades to the notorious string of concerts in Hawaii in the early ‘70s when ZZ Top shared the bill with the Stones.  When ZZ Top showed up in Honolulu in their western regalia, Stones’ management thought they had mistakenly booked a country band, but their concerns were immediately assuaged when the ZZ Top took the stage and rocked out.  “Salt” and “sea” is an oblique reference to the Salton Sea, a man-made inland body of brackish water that lies just 45 miles south of Joshua Tree. 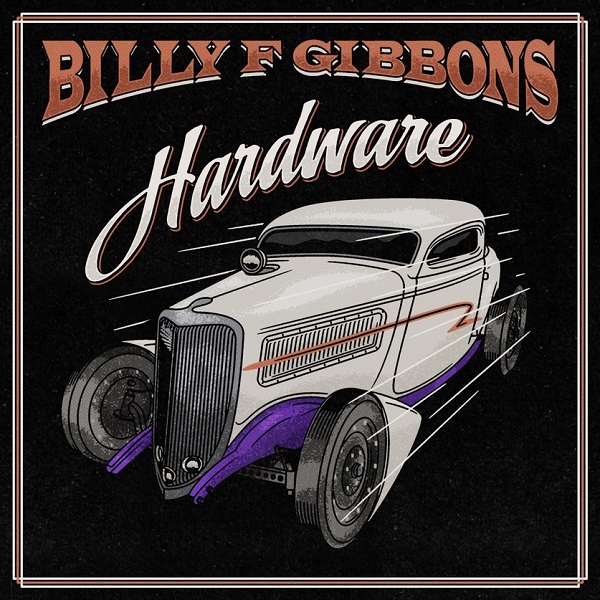 Billy commented on the release of “Desert High,” “The song is, perhaps, not typical of Hardware as a totality but it gives indication of the album’s desiccated sonic sensibility.  The desert is a truly mysterious place and we were privileged to have spent all that time there absorbing the heat, the vibe and cranking it out.  It’s where natural background is at its most raw and untamed.  We suspect what we’ve done is something of a reflection or, perhaps, a mirage, that relates.”

Hardware was produced by Billy F Gibbons with Matt Sorum and Mike Fiorentino.  All songs were written by Gibbons, Sorum, Fiorentino and Chad Shlosser except “Hey Baby, Que Paso,” written by Augie Meyers and Bill Sheffied. 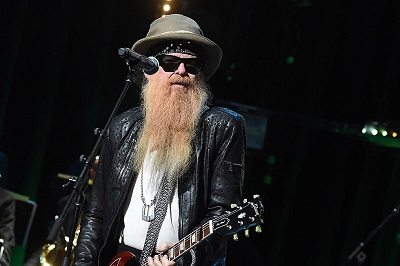 Along with the late Stevie Ray Vaughan, ZZ Top guitarist Billy Gibbons is unquestionably one of the finest blues-rock guitarists to ever emerge from Texas. Born on either March 4 or December 16, 1950 (both dates have been given in the past), and raised in Houston, Texas, Gibbons grew up in a home that favored both classical and country sounds, but upon discovering Elvis Presley via an appearance on The Ed Sullivan Show, Gibbons became transfixed by rock & roll. It wasn’t long before he discovered other early rock & rollers (Little Richard) as well as bluesmen (Jimmy Reed) via a local radio station. Soon after receiving a Gibson Melody Maker electric guitar and a Fender Champ amp for Christmas in 1963, Gibbons began emulating his heroes — forming his first band when he was 14 (the Saints). The guitarist later joined a group around the mid-’60s called the Coachmen, who specialized in more psychedelic-based sounds, inspired by the likes of Jefferson Airplane, Jimi Hendrix, and the local Texas outfit 13th Floor Elevators (led by a young Roky Erickson). Gibbons’ band eventually changed their name to the Moving Sidewalks, issuing a lone album in 1968, Flash, although an early single, “99th Floor,” would later receive attention when included years later on the Pebbles: Vol. 2 compilation. While the Moving Sidewalks never made a splash outside of Texas, Gibbons must have been pleased when Jimi Hendrix (with whom the Sidewalks toured with around this time) began endorsing the guitarist as one of his favorite new players to the media.

Rio Grande Mud When the Moving Sidewalks folded in 1969, Gibbons sought to form a more straight-ahead, boogie/blues-rock-based band, and after hooking up with a pair of other fellow Texans, bassist Dusty Hill and drummer Frank Beard, ZZ Top were born. The power trio slowly but steadily built up a solid following, largely due to Gibbons’ tasty guitar playing and muscular riffs (especially evidenced on such renowned tracks as “La Grange” and “Tush”). Over the course of five classic albums over a six-year span (1970’s self-titled debut, 1972’s Rio Grande Mud, 1973’s Tres Hombres, 1975’s Fandango, and 1976’s Tejas), ZZ Top became one of the country’s top rock bands before taking a three-year break. When they returned, the musical climate had changed considerably, and ZZ Top opted to change with the times — as a more modern, electronic sound was merged with their blues-rock roots on such albums as 1979’s Deguello and 1981’s El Loco. But with the release of 1983’s Eliminator, the new approach came together for the group, while both Gibbons and Hill happened to come across a gimmick that will be forever associated with the group: long and stringy beards that grew down to their chests. It didn’t hurt that the group was responsible for some of MTV’s most popular video clips of all time (which always seemed to primarily focus on good-looking girls and a snazzy 1933 Ford three-door coupe, rather than the bandmembers), “Give Me All Your Loving,” “Sharp Dressed Man,” and “Legs.” Gibbons and Hill also became known for their assortment of matching and outlandish guitars, which were also always on display in their videos.

La Futura But the trio’s newly acquired commercial direction caused some consternation among longtime fans, and by the mid-’90s, new ZZ Top albums failed to sell as well as their earlier titles had, although a large and loyal following still flocked to their shows. Following 2003’s Mescalero, ZZ Top parted ways with RCA and it took them nearly a decade to deliver a new album: the Rick Rubin-produced La Futura appeared on American in 2012. Gibbons quickly followed that album with his first-ever solo project, the Cuban-inflected Perfectamundo, where he was supported by a group called the BFG’s. Perfectamundo appeared in November 2015.

A longtime vintage guitar collector, Gibbons owns some of the world’s most cherished and rare guitars, including a particular instrument that he’s become synonymous with, a 1959 Sunburst Les Paul Standard (which he dubbed “Pearly Gates”). In addition to music, Gibbons supposedly owns several automotive-related patents in his name, is an avid painter, and collects rare African art and artifacts, amassing so many that he was forced to store them in a warehouse in Houston. Besides recording with ZZ Top, Gibbons has been known to go by the alias Justis Walkert, appearing on recordings by Jeff Healey (Feel This) and the Rainer & Das Combo (The Texas Tapes). But it’s obviously Gibbons’ exceptional playing with ZZ Top that he’s best known for, as the guitarist has influenced a wide variety of players over the years, including the Meat Puppets’ Curt Kirkwood and Pantera’s Dimebag Darrell, to name just two.