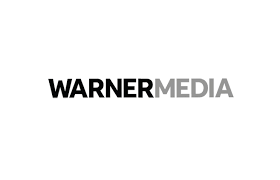 LOS ANGELES – September 30, 2019 – Key leaders brought together to focus on HBO Max – the new direct-to-consumer video offering being launched by WarnerMedia – were announced today by Tony Goncalves, CEO of Otter Media. Reporting to Robert Greenblatt, Chairman, WarnerMedia Entertainment and Direct-To-Consumer, Goncalves is overseeing this team of digital media experts who are responsible for product design, customer experience and lifecycle, acquisition and retention marketing, customer data, reporting and insights, business development, and go-to-market Strategy and business operations . HBO Max is scheduled to launch in spring of 2020 and is anticipated to premiere with 10,000 hours of premium content.

This experienced group has been involved in the conception, launch and management of a number of the industry’s leading direct-to-consumer businesses, including the positive transformation of digital-first media company, Otter Media. Their skills in all key areas of product design, operation, and strategy will accelerate Warner Media’s evolution as a leader in this expanding marketplace.

“With Tony Goncalves, Andy Forssell and their experienced leadership teams, we are now well-positioned to deliver a best-in-class customer experience and go-to-market strategy that positions HBO Max for real success,” said Greenblatt.  “Combined with our stellar content teams, I’m thrilled with the level of expertise we have across this entire business.”

“We have gathered an all-star team of executives whose innovative contributions have directly advanced the digital media industry. I am so proud to be a part of this journey as we bring HBO Max to market and continue to transform this space,” said Goncalves. “Andy’s experience and leadership are essential for this effort and his partnership at Otter Media helped the company thrive at a time of significant change in the marketplace.”

“Designing HBO Max to be a robust streaming platform that supports Warner Media’s world-class creative talent and content requires a team with the experience and passion to blend technology and creativity in harmony,” said Forssell. “We’ve built an incredible lineup of digital media experts, who have been hard at work for months, to do exactly that. We’re looking forward to pushing the industry to evolve, for the benefit of fans everywhere.”

he executive leadership team is as follows: 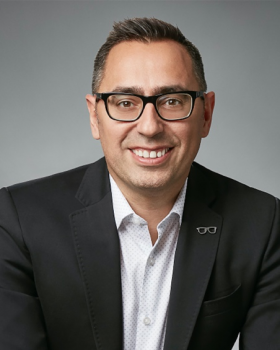 Tony Goncalves serves a dual role at WarnerMedia as CEO of Otter Media and overseeing the development of its direct-to-consumer streaming offering, HBO Max. Otter Media, a leader in fan-centric, digital-first entertainment, houses a portfolio of digital media brands including, Fullscreen, Crunchyroll, VRV, Rooster Teeth, Gunpowder & Sky and Hello Sunshine. Under Goncalves’ leadership over the past 18 months, the business has transformed from an investment holding company to a successful operating company with double digital revenue and EBITDA growth, a 25 percent increase in paying subscribers, and an elevated creative slate serving passionate audiences.

Before his role at WarnerMedia, Goncalves served as head of Strategy and Business Development for AT&T, leading the company’s entry into OTT with DIRECTV NOW and overseeing the Otter Media relationship with The Chernin Group. Prior to his position at AT&T, Goncalves held a number of roles at DIRECTV. He founded and led the company’s digital products division, reporting to CEO Mike White, and spearheaded the shift to mobile video and innovation outside the traditional content distribution space, including the launch of the NFL Sunday Ticket OTT product.

Goncalves serves on the Advisory Board of his alma mater, the Iona College Hagan School of Business, is a member of the CommonSense Media NY Advisory Council, a nonprofit dedicated to helping kids thrive in a world of media and technology, and a supporter of Upwardly Global, a grassroots organization based in NY that assists skilled immigrants in securing work in the US. 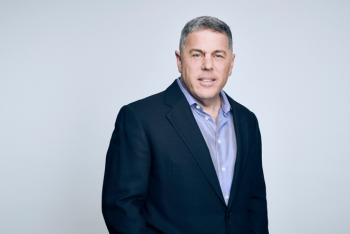 Andy Forssell is EVP and General Manager of WarnerMedia Direct-to-Consumer responsible for leading the team that will define and execute HBO Max’s customer experience, product design and go-to-market strategy, while paving the way for future services within WarnerMedia Entertainment.

Prior to this, Forssell served as EVP and Chief Operating Officer of Otter Media. He joined Otter from Fullscreen where he served as president and COO for several years, overseeing the company’s day-to-day operations, as well as, leading technology and product development. He previously served as CEO of Showyou, a video aggregation service which was sold to Vevo in 2015. Prior to Showyou, Forssell spent close to seven years at Hulu where he established and led the content business, including its push into original programming. He began his career as a cavalry officer in the U.S. Army, followed by ten years at Siebel Systems in a variety of product, sales and general management roles. Forssell earned bachelor’s degrees from the United States Military Academy and Carnegie Mellon University, and received his MBA from Harvard Business School. 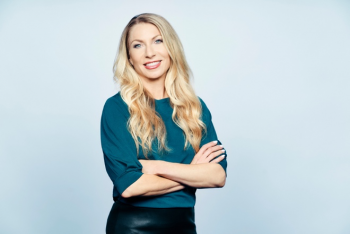 Sarah Lyons leads the Product Experience Team for WarnerMedia Direct-to-Consumer, defining the vision for the product’s features, user experience and product roadmap.  She is shaping the app experience across all major platforms, defining how users discover content they care about, as well as paving the way for innovation on how content is viewed and experienced in the future. She will play a key role in overall product strategy.

Prior to joining, Lyons held various positions within DIRECTV including VP of OTT Media Products, responsible for the DIRECTV Now product, and the launch of their next generation video platform.  She has been at the helm as VP of Product Management of DIRECTV’s streaming video services from the beginning.  She oversaw the launch of DIRECTV’s TV Everywhere product suite which under her leadership became a robust streaming experience available on more than 250M mobile devices. She also was responsible for the product roadmap for the NFL SUNDAY TICKET streaming service and NFLST.tv OTT product. Prior to that, she was vice president of Revenue Marketing where she had P&L responsibility for generating $4B in revenue across the portfolio of subscription services & transactional content, including NFL SUNDAY TICKET, SVOD networks including HBO & Cinemax, TVOD movies and PPV events. 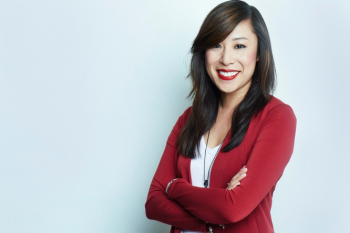 Katie Soo is an award-winning global media and tech marketer, recognized for her leadership in both category design and digital transformations. Soo’s work spans across branding and product strategy, building and launching new businesses, as well as serving as an advisor to new and emerging startups. Soo currently oversees Growth Marketing for WarnerMedia Direct-to-Consumer, which spans across all areas of subscriber acquisition, engagement, and retention strategies. Prior to this role, she served as Head of Marketing at Warner Bros. Digital Networks where she oversaw marketing efforts across the WBDN portfolio. Before her work at WB, Soo held senior positions at both Fullscreen Media and Hulu. She was also an early hire at Dollar Shave Club, where she built the marketing roadmap from the ground up. She is still actively involved in startups, serving both as an advisor and founder to a handful of companies and has received numerous awards for her work in both creative storytelling and digital products. Soo was recently named to Goldhouse’s A-100 list of most influential Asians in America and sits on the board of both Asia Society Southern California and California State University Entertainment Alliance. 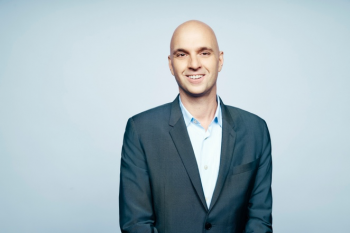 Prior to Warner Bros, Camoosa was EVP and Managing Director at IPG Mediabrands. At IPG, he invented and operationalized the firm’s centralized data platform – AMP – used for performance measurement & optimization by leading brands such as Amazon, BMW, Coca-Cola, Hulu, Sony, Spotify, and Uber. He has also had senior data & insights positions at Yahoo!, TNS Kantar, and Deutsch Advertising. 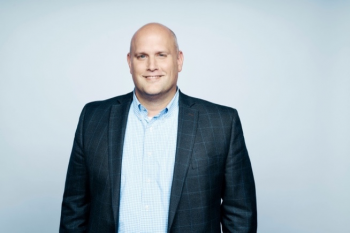 Jess Miller is responsible for sales and marketing operations, customer service, product management of the acquisition and retention funnel, and cross functional program management of WarnerMedia Direct-to-Consumer. Most recently he worked for AT&T Product Management, where he was responsible for the initial launch and ongoing sales operations for DIRECTV NOW, oversaw AT&T’s $31B video P&L, and was responsible for capital planning for AT&T’s video portfolio. Prior to that role, Miller led the DIRECTV Retention team as AVP of Sales Operations. 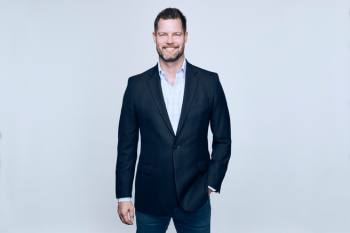 Sean Kisker is Chief Strategy Officer for Otter Media and Warner Media Direct-to-Consumer.  He is responsible for Strategy, Partnerships, Business Development and Research for Otter Media and DTC leadership and serves as point liaison with Content strategy for HBO Max.   Prior to joining Otter, Kisker was CSO and General Manager, Lionsgate Entertainment.  As CSO, Kisker was charged with engineering an optimal content strategy for the motion picture business, identifying new growth opportunities to monetize Franchise IP, and positioning the company as a leader in new/disruptive technologies.

As GM, he oversaw Worldwide Strategic Planning & Operations which included all forms of film deal structuring, capital allocation, and the negotiation and implementation of key agreements related to studio operations.  During his tenure at LGF, he also negotiated the acquisition, co-financing and/or co‐production of a wide range of films including the Oscar‐nominated film SICARIO, HACKSAW RIDGE, LA LA LAND and WONDER. 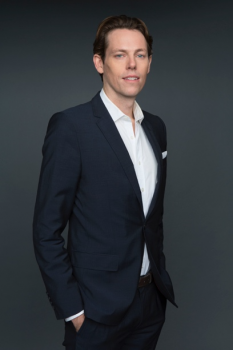 Prior to joining HBO, Walker practiced law at the firms Chadbourne & Parke LLP and Davis & Gilbert LLP in New York City, focusing his practice on financing deals and M&A in the media and advertising sectors. He earned a Master of Business Administration degree from the NYU Stern School of Business (2015), a juris doctor from Cornell Law School (2002) and also holds a bachelor’s degree in English and Political Science (1999) and a bachelor’s degree in Journalism (1999) from the University at Buffalo.  In addition, Walker is an Adjunct Assistant Professor at the Stern School of Business, where he teaches a graduate course on deal making and business development in media. 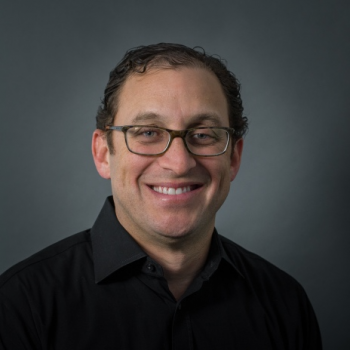 Press previously served as the Senior Vice President of Product Development, Video Engineering and Operations for Comcast Cable. In this role, he was responsible for leading the product management, engineering, quality assurance, delivery management and operations organization for Comcast’s 22 billion dollar Video Business and IP video platforms. Since joining Comcast in 2008 as the Chief Technology Officer of Comcast Interactive Media, Press made significant contributions to the overall growth of the company by building innovative entertainment products and features such as XfinityTV.com, which enabled an industry-first authenticated viewing experience online, and the Xfinity TV Remote App for viewing “What’s on TV / OnDemand” and Xfinity TV Go and X1.

Before Comcast, Press held leadership positions at Conde Nast Publications where he was responsible for interactive technologies for over 25 Magazines and Internet Brands including Style.com, Brides.com, Vogue, Lucky and many more. He began his career in consulting with PriceWaterhouseCoopers where he held several roles leading up to Principal Consultant, Entertainment & Media, specializing in using technology to transform digital businesses.

Among other recognitions, he was listed in the “Top 40 under 40” as published by Multichannel News. His team was honored by the Academy of Television Arts and Sciences at the 2011 Primetime Emmy Awards for outstanding achievement in engineering development for the Xfinity TV iPad app.