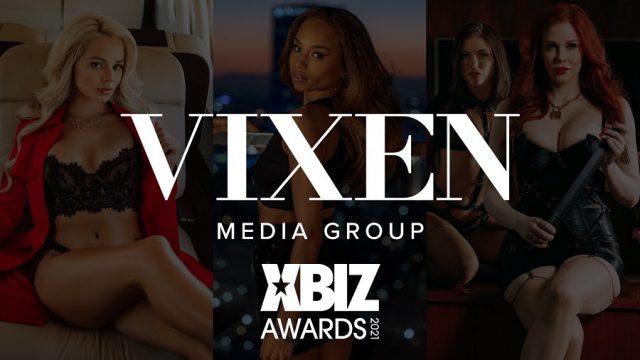 Deeper led the way with seven trophies – including Director of the Year for studio boss Kayden Kross – with a spotlight on Muse, which won for Feature Movie of the Year, Best Sex Scene – Feature Movie, Best Cinematography and Best Acting – Lead for Deeper star Maitland Ward.

”These awards represent a culmination of talents across the creative, production and marketing departments of the company. We couldn’t be prouder of our writers, directors, performers and teams that made this production season happen” said Mike Miller, Executive Producer for Vixen Media Group.

The XBIZ Awards was presented virtually on January 14th as part of the 2021 XBIZ Show.

Find out more about Vixen Media Group at VixenGroup.com.

SETTLERS: A sci-fi Western on Mars