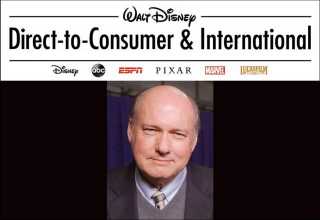 Visionary producer Bill Geddie has been named executive producer of the new syndicated daytime talk show hosted by Tamron Hall, it was announced today by William Burton, senior vice president of Daytime, Sports and Syndicated Development/Production, ABC Entertainment. The show is distributed in national syndication by Walt Disney Direct-to-Consumer and International, a segment of The Walt Disney Company, and has been sold in more than 70% of the country to date for fall 2019.

A pioneer in his field and one of television’s finest and well-respected producers, Bill Geddie has one of the most successful track records in the business. He co-created ABC’s critically acclaimed live talk and entertainment program “The View,” serving as the show’s executive producer for an impressive 17 years. Under Geddie’s leadership, the hit show broke new ground in the genre, and it continues to leave an indelible mark on daytime television.

“Bill’s ability to produce captivating, informative and entertaining television is unparalleled, and his sustained success speaks for itself,” said William Burton. “We’re absolutely thrilled to have a trailblazer like Bill lead our team. The exciting combination of Bill’s deep knowledge and vision paired with Tamron’s vast capabilities and extraordinary talent puts the show in the best position possible to become a daily destination for viewers this September.”

“From our first conversation, it was clear that Bill Geddie is everything I imagine in an executive producer,” added Tamron Hall. “Bill’s experience and success in television make him a legend in the business. His respect for the daytime audience and his ability to bring together a strong team behind the scenes is unmatched. Bill knows, top to bottom, what it takes to bring viewers a daily show well worth their time – one that’s informative, authentic, fun and compelling. I am thrilled to have this friend and leader at my side as we begin our next chapter!”

“When you’ve spent your career in daytime television, you know the real thing when you see it,” commented Bill Geddie. “Tamron is smart, funny and relatable with a compelling life story – she has a voice that ought to be heard and is exactly what daytime needs right now. This is the most exciting thing I’ve done since launching ‘The View,’ and I can’t wait to partner with Tamron and shake up daytime again.”

In addition to his role at the groundbreaking daytime talker “The View,” for more than 25 years Geddie partnered with Barbara Walters and BarWall Productions, serving as executive producer, writer and director of the top-rated “The Barbara Walters Specials” and “The 10 Most Fascinating People.” Early on in his extensive career, Geddie was an award-winning producer for “Good Morning America.”

In June 2012, The National Academy of Television Arts & Sciences (NATAS) presented the 39th Annual Daytime Entertainment Emmy® Awards Lifetime Achievement Award to Geddie for his contributions as a writer, producer and director across his illustrious television career. In 2013, Geddie was named one of Variety’s Daytime TV Impact Honorees.

Geddie began his career as a news cameraman and editor, for which he won numerous awards. He has been the recipient of four Emmy Awards throughout his career: In addition to the Lifetime Achievement, he was awarded two in news and one as executive producer of “The View.” He also is a screenwriter in his spare time, and his script, “Unforgettable,” was made into a movie starring Ray Liotta and Linda Fiorentino.