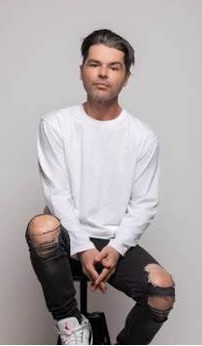 ACCOMPLISHED SINGER/SONGWRITER WHOSE MUSIC HAS BEEN HEARD ON ABC, FOX, HBO, SHOWTIME, SYFY, MTV and MORE, RETURNS AS SOLO ARTIST

Los Angeles, CA (April 22, 2021)—Viper Records announces accomplished singer/songwriter P.J. Pacifico’s new single, “Every Little Heartbreak,” to be released on May 7.  After years of being immersed behind the scenes as a songwriter, scoring a multitude of sync licensing placements for commercials and popular television shows, P.J. Pacifico returns to his roots as a solo recording artist with his new single, “Every Little Heartbreak,” which speaks insightfully to a world eager to embrace a fresh new day after a time of intense challenges.  Pre-save link is HERE.

“Every Little Heartbreak” was recorded by Pacifico and features co-writer and singer/songwriter Garrison Starr on harmonies, who also produced the song.  The track was written by Pacifico, Garrison and Valerie Broussard, Pacifico’s partner in his band Signals in Smoke, whose 2018 song “Coming Up For Air” premiered at #1 on iTunes’ Singer/Songwriter chart after appearing on Grey’s Anatomy, and then was featured on The CW’s Legacies. 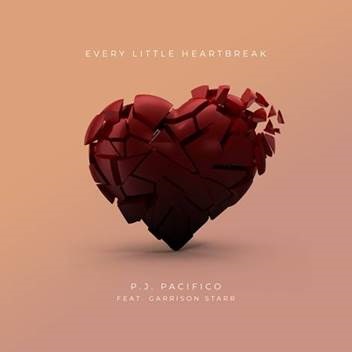 Says Pacifico, “In early 2020, when the pandemic hit worldwide, Valerie and I had plans to release a new Signals in Smoke project, but it had to be postponed.  To cope with stir-craziness during lockdown, we ended up co-writing 20 new songs together, and when we penned ‘Every Little Heartbreak’ with Garrison, we knew immediately that it would go on my solo record.”

He adds, “It’s an uplifting song about taking risks romantically, career-wise, or in any other situation that a person may find themselves to be in when they’re ready to move on to a better place in their lives. It’s being mentally in that spot ready to fail or succeed, to fall in love, to take the plunge, and to be willing to learn whatever lessons come your way.”

Pacifico’s career got off to a fast start when his 2006 debut single, a ukulele-driven cover of “I Want To Hold Your Hand,” became a staple on SiriusXM’s The Coffeehouse.  He was caught up in the album and tour cycle, averaging 125-150 U.S. and European gigs a year in support of his albums Always & Everywhere (2009), the Dave O’Donnell produced Outlet (2011), Surface (2012), the EP Overlooking the Obvious (2013) and several singles, including “Gin & Juice” (cover of Snoop Dogg’s “Gin and Juice,” arranged with Starr) and “Reaching.”

In 2015, Pacifico released his EP Ready to Run (co-produced by Starr and AG), which led him to sign a licensing deal with Razor & Tie Publishing (now Concord) just before the project’s drop date. The EP’s first song, “All for Something,” was quickly licensed to “Switched at Birth” on ABC Family and “Heartland” on CBC in Canada.  Over the years, Pacifico’s songs have been heard on Showtime (“Shameless”), HBO (“Hard Knocks”), MTV (“Teen Mom 2”), ABC, FOX, Syfy and many other networks.  P.J. is currently represented by Leigh Henrich at Sweets & Pop for licensing, writing for TV/film and other artists.