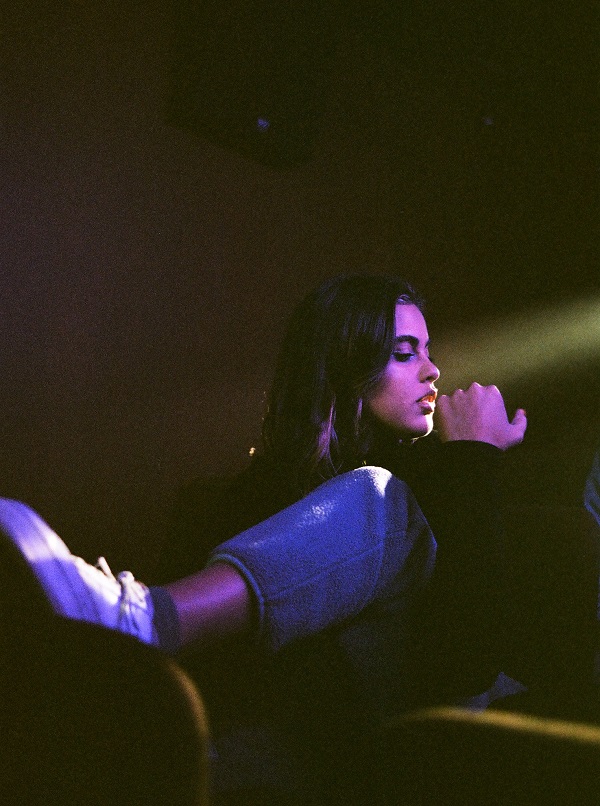 “During my teenage years, like everyone, I went through a whole array of emotions and thoughts. One of them was the duality between wanting to grow up and fearing growing old. This is what this song is about. Naturally, I thought of using videos of me as a child and growing up. I found all the videos on my family’s computer and edited them, it was a whole different experience making this video 2 years after writing the song, since now, I am almost twenty and feeling quite differently about growing up and getting older.” Lia D’sau said about the video.

The Hollywood Times is delighted to premiere her new video today.  What a great way to incorporate her home videos with her single “1983.”  ENJOY!

Lia D’sau released her debut EP Metaphors For Being Alone.  The EP followed the successful release of her singles over the last year including previous single “Sad Teenage Flower” which premiered with EQ Music . In addition, the EP will feature Lia’s previously released remix package for single “Bird” that premiered with We Rave You which included remixes from BBC Radio 1 DJ Charlie Hedges and Eddie Craig, and Kiss FM DJ/Producers SHOSH and Wilson and peaked at #6 on UK Dance Charts. Other singles also on the EP include “Manboy,” “Bird” and title track “Metaphors for Being Alone” which have already created some buzz for this up-and-coming talented singer-songwriter. Lia’s music is her language, her way of connecting her emotions and her thoughts into the outside world and no better is that heard than on her debut EP Metaphors For Being Alone.

Born in Tel Aviv, and moving to the US and back all until she was 5 years old, Lia didn’t fit in at school. The language barrier made her different to the other kids and she wasn’t accepted. This led to her finding her refuge in the music room, and figuring out her identity by performing at the school events from as young as 7 years old. Growing up in a musical family, with her mom a former dancer and her dad a former boy band member, Lia had music around her from very young age. Even though she knew she wanted to be a musician, Lia didn’t start creating her own music until she was 14. She knew she didn’t want to sing other people’s songs, other people’s stories. She had a lot to say and to sing about channeling her sadness and feelings of loneliness, depression and difference into her music.

At that point, she wanted to get away from everything she knew, to leave her bubble and travelled to New York City by herself, to attend a music camp. This experience was eye opening for Lia as she turned a new leaf socially and finally found herself and her sound helping her create happy, hopeful music, as well as widened her love for song writing. However, after coming home Lia realized her talent was still raw and premature to start releasing music.

Advertisement
At 17 years old she met her now manager, LA based Sharona Nomder, and at that point Lia started to have the team around her to help her create the music she had always dreamt of releasing. Over the last two hears Lia has been compiling what will be her debut EP. Originally, she had planned to go to LA to write and record her EP but unfortunately due to the pandemic she was forced to stay home. However, Lia now looks back at this as a positive as she was able to dream up the concept for this EP from the comfort of her bedroom, or coffee shops with her friends and loved ones, allowing her to create a record that she feels is more true and real to her.
Stay tuned to Lia D’sau’s social below for more new music from Lia following the release of her debut EP Metaphors For Being Alone as well as upcoming tour dates from this talented young singer songwriter.

For More Info on Lia D’sau: