Beverly Hills, CA (The Hollywood Times) 12/15/18 – PBS’ Victoria certainly lives up to its series title; the lavish production is a Masterpiece.  Now going into Season 3, the series has only gotten better, and more compelling.  At a Television Critic’s Association Panel in July, lucky journalists were the first to see footage of Season 3.  It’s safe to say they liked what they saw.  And there’s a reason for that.  Victoria is meticulously crafted period television for the most discerning of viewers, who will be able to tune in to the new season January 13th.  The program will air on PBS at 9/8C.

Present at the summer discussion was writer, creator, and executive producer Daisy Goodwin.

“It starts in 1848, which is a time of it’s the closest Britain got to a revolution in the 19th century,” said Goodwin.  “And it’s a time where… the whole of Europe is falling apart. There are French kings being thrown off the throne. The Austrian emperor’s been deposed.”  It’s well known that great historical series’ begin with political tumult, and Victoria’s got plenty of that.

“It’s a really interesting time, because Victoria just wants to wants the love of her people,” said Goodwin.  Indeed, Victoria had been what was the equivalent of a child star. Victoria has grown up with excessive love and admiration—when the public’s love is withdrawn, the young royal feels empty and without purpose.  Her husband, father of her 9 children, and great love, Albert, helped her fill that emptiness.  Goodwin reassured audiences that “I think we can be safe in saying that Albert will be there until the end of the series.”

On a more generalized scale, Goodwin said that Victoria’s significance was not so much political.  She is truly what made the monarchy what it is today.  And she did it by turning the public’s empathy, rather than their disdain, to the royal family.

“When Victoria comes to the throne, the monarchy has power, but it isn’t loved. Okay?”  She said. “And by the end of her reign, it doesn’t really have so much power, but it is certainly loved.”

Goodwin said it is that particular shift in the way the monarchy was seen that changed everything.  “It goes from having real political significance to having an emotional and symbolic significance, which I think is what it has today,” she explained. 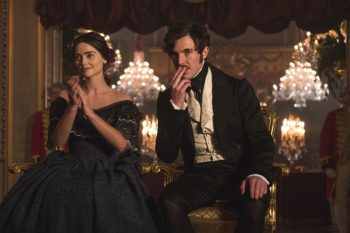 This “famously happy marriage,” along with other family and political intrigues, is what gives shape to the crux of Season 3.  Goodwin even asserts that Victoria and Albert are the reason England still has a monarchy.  Victoria, it is understood, very carefully crafted her public image, and that of her family.  It is ruthless shrewdness seen more recently in royals like Princess Diana.  The ability to capture the sympathy of the press, and the adoration of the people, by simply planning out how they will be perceived, day in and day out.

Victoria was rare in many ways.  She understood, at its most complex level, that the people were more powerful than even she.  Their disapproval could mean the end of everything. 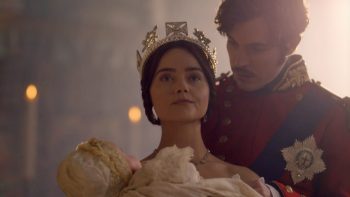 She was also, according to Goodwin, a “woman in charge who’s the head of state.”  A woman–not the hysterical stereotype, but a leader, a ruler, and a mother to 9 children.  And that forward-thinking nature may be another reason Victoria has resonated so strongly with PBS’ intellectual audience.  Victoria did alter much during her rule—including how women were viewed.

“I think that had an extraordinary effect on people’s kind of perception of women,” stated Goodwin.  Then, she adds, there was the fact that she married her children into every single royal family in Europe.  She was, to put it mildly, smart. 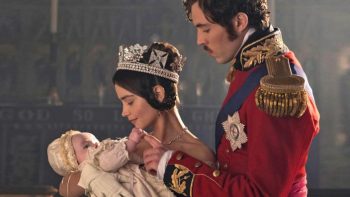 In spite of Goodwin’s assertion that Victoria was largely responsible for making the monarchy symbolic, there’s still significant power there. “Well, I mean, look, she’s still got terrific symbolic power,” she said. “I mean, our prime minister still goes to see the queen every week.”

Audiences are clearly grateful for the story being told yet again.  For her part, Goodwin, also an established author, hadn’t actually meant to write a series. “In a sense, I was writing a book about Victoria, and then I thought this would make such a good drama. I’m going to write a drama. I did that with the confidence of somebody who has never written a drama before, and then I finished it and finished the novel afterwards.”

Her ambition echoes that of Victoria herself.  She won’t simply write the book, or the series, she will do both.  Victoria will not simply marry and have children, or rule a country.  She will do both.

Victoria is widely heralded as a strong drama about a strong woman.  And it has all the gorgeous trappings of a good historical piece.  It’s poised to rule the airwaves of PBS.  Victoria herself would surely approve.

“My destiny is to rule this country,” she delicately sneers with no small amount of haughty confidence.  With any luck, she will be ruling the refined airwaves of PBS for many seasons to come.