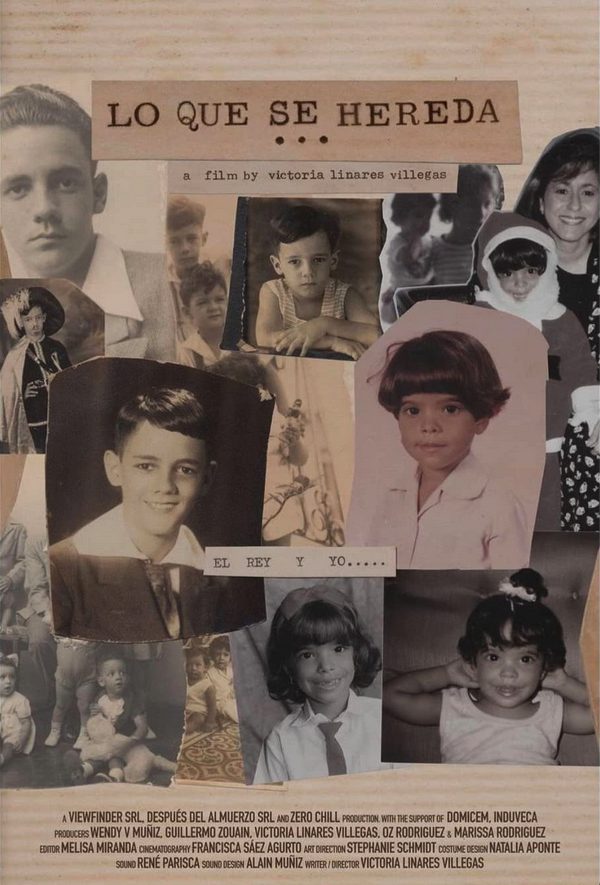 Los Angeles, CA (The Hollywood Times) 7/21/22 – If there was one film at this year’s Outfest that deserved more attention, it was Victoria Linares’ It Runs in The Family, which screened on Monday, July 18 at the Plaza de la Raza on Mission Road in Los Angeles. In this deeply personal, richly-textured documentary about her family in the Dominican Republic, Linares traces the life of her uncle Oscar Torres – a pioneer of Caribbean cinema, a participant in the leftist movements of the 1940s and a fellow queer person who had been quietly erased from her own family’s memory. It Runs in The Family (Lo Que Se Hereda, Dominican Republic, 2022) tells the story of Oscar Torres, who story has been lost to time and Victoria Vinares set off on a journey of self-discovery and historical excavation by unearthing memories and staging re-enactments of her uncle’s unproduced screenplays. In many ways, this film is also Victoria’s own story of “inheritance,” as she is a queer person and a filmmaker who discovers how much she shares with Oscar Torres who died long before she even knew he existed.

Oscar Torres is known as one of the earliest Dominican filmmakers who, during the vicious dictatorship of Trujillo, fled to Cuba to make powerful socialist films. So why has Victoria Linares only just discovered that she’s related to him and why does Torres appear so absent from the family’s archive? As she investigates the life of her uncle, she’s dismayed to learn that every trace of him has been removed from family records. Using home movies, extracts from Oscar’s films, the re-staging of his un-filmed work and creatively recreated conversations with those who knew him, Victoria pieces together the extraordinary life of a queer filmmaker, and begins to re-evaluate her own past and place in her family.

At the heart of Linares’ film is an investigative journey to unearth her late uncle, Oscar Torres and his legacy as a celebrated Dominican filmmaker, whose memory was siphoned out of the family. Linares expertly pieces together his narrative through his archival screenplays, biographies written by colleagues, and testimonies from family and friends. Ultimately, Linares discovers that Torres, just like her, was queer. As she interrogates the family and society’s willingness to “forget and erase” him, she wonders if she’ll bear the same fate, given a tenuous relationship with her mother.

Of Dominican origins, Oscar Torres de Soto was born in Cuba on November 4, 1933, but grew up in San Pedro de Macorís, near Santo Domingo in the Dominican Republic. He participated in his earliest youth within the currents opposed to Trujillo. First film critic, in the pages of El Caribe, he will pass through Italy in study plans, he will be forced to turn migration into exile, due to his socialist convictions. Meanwhile, he would direct cinema in Cuba, making in 1960 the short film Tierra Olvidada and the feature film Realengo 18.

The very life of Óscar Torres de Soto became a drama with tragic edges due to his homosexuality. The voice-over of one of Fidel Castro’s homophobic speeches reminds us of the drift of that socialist speech, which began as libertarian and would soon become a stripped of the most elemental of the human being, his sexual identify. Castro’s Revolution ostracized homosexuals, so he decided to leave Cuba and headed to Puerto Rico, where he worked as a producer in local television. He died in Puerto Rico, in 1968, in the midst of heartbreaking loneliness.

Linares’ magic occurs in unscripted moments, when she is able to showcase how valuable revisiting the past can be for elders in the family. Almost an hour into the film, the filmmaker becomes a makeshift therapist. Two elder family members are reenacting an emotional scene from a screenplay Torres wrote but was never able to be realized on screen. Unbeknownst to Linares, the two actors actually begin to cry while delivering their lines. With the camera still rolling, Linares realizes their performance has transcended the words on the page, and has allowed them to process unhealed grief from tragedies they had yet to have the opportunity to sift through. Now, after stepping into Torres’ words, and Linares’ direction, they finally can.

Family pictures and old videos are featured heavily in the film. The first scene shows footage from Villegas’ childhood, where a gaggle of children run around in underwear and diapers. The filmmaker herself appears in the middle of the group and seems to be the youngest. Near the end of the clip, which is used at various points throughout the film, there’s a voiceover from Villegas. “My memories of my childhood are disappearing,” she says.

In another scene, depicted through cut-out drawings and paintings moving across the screen, Villegas recounts a story her grandfather used to tell about a man swallowed by a whale. In an interview done at a different film festival, Villegas explained the significance behind creating that scene in that she was very close to her grandfather. She likened him to the main character of Tim Burton’s Big Fish, another film that grapples with familial memories and relationships.

Though most of the film was vibrantly colored, there were few scenes that featured audio besides talking, as there was no score used in the film. However, that choice emphasized each distinctive auditory moment, including a scene near the middle of the film where images from both Villegas’ and Torres’ life flash across the screen and portraits of each are ripped up and patched together to form a new image.

Memory is the dominant theme in a film that, though lighthearted, deals with heavy topics of generational secrecy, queer erasure, politics and more. Villegas’ quest to rediscover Torres through her family’s memories of him feels like a way to ensure she herself is not forgotten in the same way. Being forgotten is a possibility that she seems to grapple with throughout the film. What happens to you when you become a stranger to those who share your blood?

Through this autoethnography, the film ventures into a broader meditation on the authoritarian legacy of Rafael Trujillo that isolated generations of opposition voices from their rightful place in history. Linares Villegas discovers that Torres was forced into exile since he was persecuted by the Trujillo regime for his communist policy. In a powerful moment, Linares Villegas reads a scathing critique of the trujillato written by Torres that says: “the trujillato does not destroy what has been created. Cut off what is yet to be born, which is much worse.” The silences that plague Dominican history are not an accident, they were built into the very fabric of a regime that prevented the flourishing of Dominican creativity and critical voices that pointed to broader horizons. I prefer the Spanish title meaning What Is Inherited because it makes clear that the film aims to recover what was never lost, because it was never allowed to exist.

No film captures this focused self-inquiry more than It Runs in the Family. The genesis of Victoria Linares’ film revolves around the discovery she is related to political pioneer filmmaker Oscar Torres. “My family, or the one I knew up until now, erased my cousin Oscar.” The deeper she delves into the life of the queer filmmaker, the more self-reflective Linares becomes. In re-evaluating the past of her family, she begins to question her own place in the unit. Inward-looking with metatextual resolve, It Runs in the Family is an account of identity meditation that is resoundingly profound, even for its personal specificity.

Victoria Linares Villegas has been an up-and-coming voice in Dominican auteur cinema since her acclaimed short films like Cállate Niña (2018) and My Mother Is Angry (2019). She is currently working on the post-production of her second feature film entitled El Essay.