Author and owner of Gifted Grant Productions,  Kevin Grant, has experienced bullying first-hand, and because of this, he wants to lead and live his life as a role-model and an Ambassador for hope, courage, and for good. “I figured that I had a special gift to share with the world and that’s through my creativity. I was born to draw, write, and share great stories, and with my God-given ability, I intend to do just that, so I’m truly happy and excited about where my journey has taken me thus far.”

Tell us about your popular children’s series, “Nelish Daring Quests.”

I wanted to provide hope and empowerment to kids. My Nelish Daring Quests book series is a fresh take on Anti-Bullying through an animalistic lens of predator versus prey. Nelish the Peacock is the protagonist throughout the series, where he faces the opposition of survival. Nelish, being considered prey by most predator bullies, his universe has defined the quests he partakes in for survival. 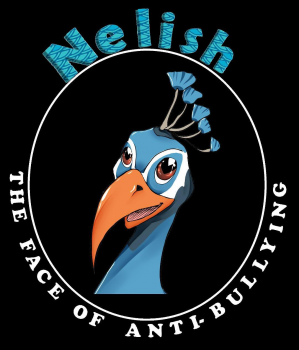 What makes this story unique?

Nelish the Peacock is the Face of Anti-bullying. The theme of the story is just because you are born a certain way, it doesn’t define you. The fact that Nelish is considered prey by most characters in my story, he doesn’t let that define him, he believes in his on self-fight, and through confidence, determination, and positive fortitude, Nelish embraces his purpose for existence and tries to be a hero to the other prey that is considered weak and defenseless. I created Nelish the Peacock because he is a prime example of what predator bullies and others would consider prey. But, there’s something special about Nelish, he’s not an ordinary peacock. He triumphs over the bullies.

You are a role model for kids. Share your thoughts.

My role is to be a true living example of someone that experienced bullying and how to effectively overcome it. Throughout my personal life, I went through hardships of growing up in a separated household, and I chose to just live a life of true purpose. In efforts to fulfill my creative dreams, I had to put that on hold first by serving my country by joining the U.S. Navy, soon after High-School for 13 years, and utilizing that as a platform to enter my true calling- Entertainment. As a prime example of success, I wanted to inspire kids and everyone alike, that my Nelish Daring Quests brand truly epitomizes triumph.

Can you describe an important point in the story that readers should know about?

In efforts not to create spoilers, I want to inform readers that if you truly believe in your purpose anything is possible. Nelish Daring Quests is composed of many series of events that will leave you wanting more and more. Nelish certainly understands what it is like to be bullied, so readers should dive into his universe with an open mind, soak all of the experiences in, and relate it to your personal life, and use that as motivation and as a true testament to overcome all of the obstacles in your life.

You are the owner of Gifted Grant Productions. What should educators know about your entertainment and media company?

We want educators to understand that bullying is real. Statistics are constantly rising up and though we have a vast means of social media enhancements, although there are positive aspects that are  associated with technology, on the inverse of it, so are the harmful effects that impact our society today. I’m sure we all experienced some form of bullying, whether it be personal, secondary-such as a family member, or friend, workplace, activity, or cyberbullying. We  want educators to know that Gifted Grant Productions wants to utilize our platform for good by providing quality entertainment to the world by the use of our books, media, and accessories to stand tall against bullying. Nelish Daring Quest is a trademark brand and we would love to influence society for the better! Last but not least, Nelish the Peacock is a real live character, so we invite the world to allow us to interact with him in schools, interviews, and other public appearances. He has a website where you can explore more and at http://www.nelishquest.com.

As the holidays approach, I would imagine we will be seeing a lot from Nelish.

Yes! Nelish’s next step is to appear at a public venue near you. He’s hoping to appear in more books, and to be featured in cartoons and animated movies! Nelish the Peacock plushies (20 inches tall) are now available. Contact information, characters, books and other accessories can be found at http://www.nelishquest.com Always remember that Nelish truly understands what it means to be bullied, which is why he is known as Nelish- The Face of Anti-Bullying. N.E.L.I.S.H.- Never Ever Let Invaders Show Harm

“Hollywood’s Original Architect To the Stars”