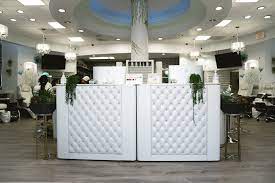 Veganic Nail Spa hosted a lively red carpet Grand Opening event in the city of Costa Mesa recently. An evening of being pampered and introducing a new generation of nail spa.

Veganic Nail Spa is the first of its kind to combine modern technology and mother nature. The first herbal, vegan and organic nail salon to consider healthy nails. They bring the best nail and spa experience for all of your personal needs. 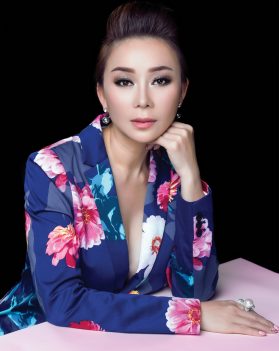 Veganic Nail Spa is not only captivating inside, but it is quite spacious making it the perfect venue for bridal parties, birthday parties, and other special occasions. The spa offers various treatments and a wide range of nail services that cater to their clients’ needs. Veganic Nail Spa believes in creating a comfortable, safe environment that uses the resources the earth provides. This applies to both the materials it uses and the secret herbal recipes they develop. All treatments use herbal blends made from organic ingredients and essential oils, such as green tea, peppermint, lemongrass, orange peel, ginger root, and spearmint.

As a courtesy of the Veganic Nail Spa Grand Opening event invited guests were able to enjoy complimentary VIP Herbal Pedicures or Manicures. The VIP experience also includes a glass of wine, champagne, or a nice hot cup of herbal teas. Veganic Nail spa also offered food and held a raffle drawing of a Louis Vuitton wallet for its guests. 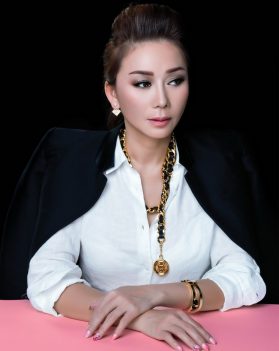 Bravo TV’s The Real Housewives of Orange County, Emily Moore Simpson, was seen on the red carpet and relaxing as she received her VIP Herbal Pedicure and Manicure as she also shares how season 16 is set to start filming in the month of July.  Tonya Reneé Banks from Lifetime’s Little Women: LA enjoyed the event with her daughter, Angelique Johnson, as they sipped on champagne while receiving VIP Herbal treatments.  Kayla Tabish and Nick Liam from Netflix Cat People brought their boy Maverick (the surfing cat), Tiktok Influencers @ _x9x26x and LQBTQ Activists (Thee Boyz: Mark, Ray, and David) with close to 700k followers shared with their supporters that it was a great way to conclude pride month by receiving their first pedicures and manicures and many other celebrities were in attendance and are listed below. 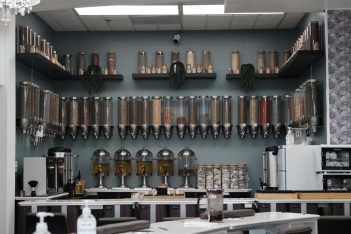 In conclusion of the event, a raffle drawing was conducted where the lucky winner was awarded a Louis Vuitton wallet by Veganic Nail Spa.

All VIP Herbal Services include a unique and one-of-a-kind organic relaxing herbal soak, mask, foot, and leg scrub, with a freshly formulated herbal for each client. The services will also include paraffin wax, feet, leg, and shoulder massage with hot stone and organic oil for 15 minutes, a warm towel, and polish. Includes two complimentary drinks such as a nice hot herbal tea, a glass of wine, or a glass of champagne.  Guests are able to choose from nine formulated herbal soak such as Total Detox (Release Toxic Energies), Night Out (Anxiety & Stress Relief) True Relaxation (Achieve Zen), Clarity (Mind Relaxation), Sleepy Time (Insomnia Relief), Energy Boost, CHI (Blood Circulation), Fountain of Youth (Longevity), The PMS (for That Time of Month).   *Note that all products contain soy & tree nuts. Please avoid any use of the spa if you are allergic to any ingredients.

Conscious, Healthy, and Rejuvenating. At Veganic Nail Spa, customers are their number one priority. They pride themselves in utilizing the gifts from mother nature. By combining modern technology and mother nature resources, Veganic Nail Spa is able to bring the best nail and spa experience for anyone’s personal needs by using Vegan and organic products. They ensure to provide the most comfortable and cleanest spa experience that shies away from harmful chemicals.  Their special herbal spa treatments leave customers feeling refreshed and relaxed both physically and mentally. There are 16 Lexor deluxe spa chairs and 10 manicure stations available in the salon.

Dr. Sam Nguyen is most proud of her eight children, two biological and six foster children, as well as her accomplishments in business and pageantry, which has allowed her the
proper platform to spread her message of hope and nurturing of those in need. Nguyen has dedicated her life to helping those in need and strives to provide the healing power of
nature and the understanding of the body, mind, and spirit.

With a Doctorate degree in Naturopathy and Business Degree from Harvard, Nguyen set out and made her mark on the natural medicine market and created many holistic oils and herbal medicines to help patients around the world, some with cancer. She has opened up several successful businesses in this field as well. One of her most proud achievements in Naturopathy is Veganic Nail Spa opened in 2021, the first nail salon in the US to use a specialized vegan/organic system. The products that Veganic Nail Spa uses are completely vegan/organic; they aren’t tested on animals or use any animal derivative. Nguyen has also combined her knowledge of nature and science to create
many herbal mixtures to provide customers a unique experience no one has ever done while trying to minimize the environmental impact.

As a television personality and humanitarian, Nguyen has relied on her acclaimed status as a “celebrity” in Vietnam and the Vietnamese community at large in the USA and world wide, coupled with several pageant titles, to boost the visibility of her charitable work and continue to help those in need, especially children.

In addition to this distinguished honor, Nguyen was a Top 6 Platform winner for highlighting the issue of Foster Care Reform, received Woman of Achievement Community Platform Award, and the Brad Harper Style Award as well.

One of Nguyen’s most treasured moments was when she was awarded the 2014 President’s Volunteer Service Award from President Barack Obama for Lifetime Achievement; this is the highest honor from the President of the United States which
recognizes those who contribute more than 4000 hours of service in their lifetime. She has been featured in many magazines, newspapers and several TV news shows for her support of the many charities she’s involved in and has attended many red
carpet events in Hollywood to support them as well.

Nguyen is presently involved in drawing attention to her Foundation, Stable Anchor Manor (S.A.M.) Foundation. The S.A.M. Foundation was established in Texas during 2009 for the
purpose of providing support and guidance to homeless, runaway and at-risk youth and orphans. The S.A.M. Foundation in Orange County, California was established in 2017 to further support her cause. The S.A.M Teen Achieve Scholarship – founded in 2016 –
awarded the first student with their college tuition where the recipient is from San Diego, California.

Some of the numerous charities Nguyen supports and stays involved with include: Vovi Nam Helping Hands , One Body Village, an anti-human trafficking organization, Children&#39;s Cancer Hospital in Vietnam, and orphanages in Vietnam.

When she is not devoting her time to her charities or helping people with their holistic needs, Nguyen enjoys being involved with many Vietnamese’s community events, such as the Vietnamese New Year celebration that happens every year right in the heart of Orange County, other than that she spends time with her family and occupies herself in her favorite hobbies, such as playing the drums, singing, and remodeling.