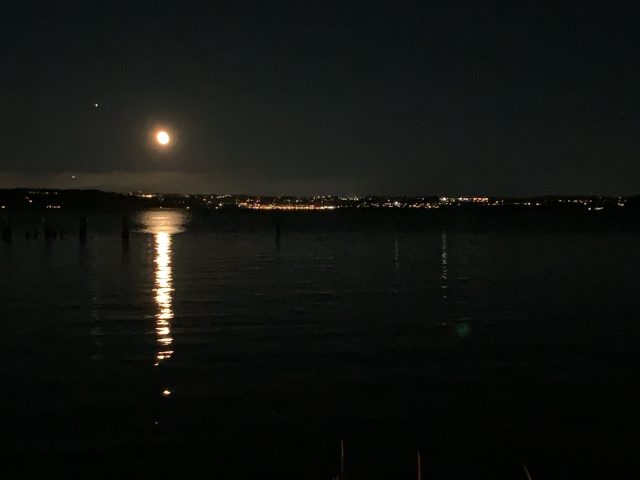 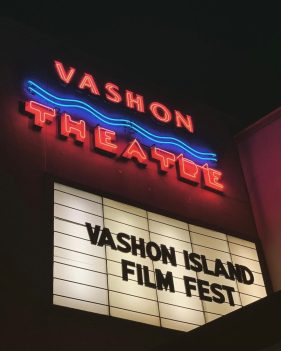 Winner of the Quartermaster Award for Excellence in Feature Filmmaking was James Morosini’s I LOVE MY DAD. Inspired by real-life experiences, I LOVE MY DAD follows Chuck (Patton Oswalt), who impersonates a waitress (Claudia Sulewski) online in a desperate attempt to reconnect with his estranged, depressive son, Franklin (Morosini).

The Burton Award for Excellence in Short Filmmaking, went to Ukrainian Mathieu Grimard‘s GOODBYE GOLVIN, which follows a man determined to get out from under his old life and start over, asking: When home is a hopeless place, is it more courageous to stay—or to go?

The award for Best Screenplay went to James Morosini for I LOVE MY DAD.

Nick Richey took home the Best Director Award for 1-800-HOT-NITE, a festival favorite headed to Deauville in September. 1-800-HOT-NITE follows 13-year-old Tommy (Dallas Young) after he loses his father to a drug raid and embarks upon an urban odyssey with his two best friends, guided by a phone sex operator. 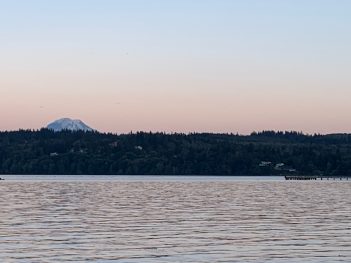 Warren Pereira, director of TIGER 24: THE MAKING OF A MAN-EATER, won Best Cinematography and Best Editing for his documentary on the plight of the tiger Ustad. TIGER 24 follows the social uproar galvanized by a wild tiger who is declared a man-eater for having allegedly killed men who entered his territory, as activists take their cause to the streets, online, and the Indian Supreme Court.

The Best Actor Award went to Patton Oswalt for I LOVE MY DAD.

Stephen Dorff won the Best Supporting Actor Award for his performance in writer/director Bernard Rose’ TRAVELING LIGHT, a uniquely satirical, funny, and frightening film set against the early isolation of the pandemic. It tells the story of an Uber driver who crosses paths with a cult leader holding a bizarre ceremony on LA’s Mulholland Drive. 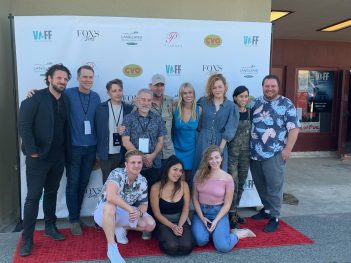 Mitchell Crisp, of Brett Smith’s FREEDOM’S PATH, won the Best Production Design Award for the Civil War drama about the escape of a Union soldier who is rescued by a Black man from a community of freed slaves running a portion of the Underground Railroad and trying to hide from a ruthless slave catcher.

The Festival jury was comprised of five local and international jurors:

Audience Awards went to FREEDOM’S PATH for Best Feature and Brett Smith’s NEVER LAND for Best Short. NEVER LAND tells the story of an inner-city foster boy with nothing but himself and his imagination to keep him company. His only escape comes through his daydreams of Neverland, where all little boys without parents go to be loved as Lost Boys.

Sayre concludes, “Our Jury had their work cut out for them, choosing from what we hoped was an excellent and challenging selection of film festival favorites. We thank them for their diligent consideration of our first-year programming, and for the local audience who took time to vote for their favorites. We’ll see you all next year!”

The Local Legend of the Red Bicycle in a Tree

You may hear of a local boy, circa 1914, who abandoned his beloved red bicycle in a tree, before enlisting in the army to fight in World War I, where it was consumed by nature. Although it is a compelling tale, it is as tall as the tree that is its subject. According to journalistic coverage, the real history of this attraction is this: former islander Don Puz was gifted the bicycle after his family’s home had been lost to a fire, but the thick tires and thin handlebars made it difficult to ride. Don left the bicycle in the forest after a day of play, where it has remains to this day and has become synonymous with Vashon Island.

Founded by veteran independent film producer Mark Mathias Sayre, the Vashon Film Institute is dedicated to fostering independent filmmaking in the Pacific Northwest, including the launch of two unique programs: the Vashon Island Film Festival and Vashon Scholars, a multi-week summer film intensive education program it plans to host for youth on the island starting in 2023. Its Board of Directors presently includes three individuals with island roots: Maura Little, Isaac Mann, and Peter Serko.