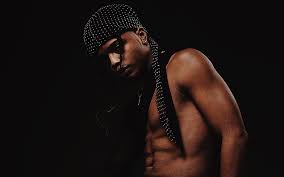 Long Beach, CA (The Hollywood Times) 1/13/22 – Brace yourself and get ready to twerk. Or grind. Or just do squats. Whatever your favorite move, Damez new video “Up Down” is guaranteed to make you move, and has some draw-dropping visuals you’ll want to see for yourself. So get out your one dollar bills and settle in for the show, where you get VIP access. 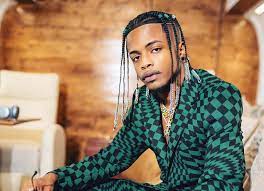 Atlanta-based cover boy Damez is the real deal: a multi-talented writer, producer, director, rapper, actor, and dancer with killer style and moves. This man knows fashion. “I’ve always enjoyed expressing myself,” he says. “I like to bend the rules. I pull ideas from other people I’ve seen, but then make it my own. I do whatever makes me feel like me.”

The “Up Down” music video is more like an extended mini-movie, all conceptualized by Damez himself. Inspired by the movie Players Club, the opening scene features Damez citing a monologue inspired from the film. “I took that script and made it into my own,” he explains. The opening of the video reveals Damez draped in gold chains and a fur coat near a vintage Mercedes-Benz outside Magic City, the most popular strip club in Atlanta. Damez was not allowed to actually shoot inside of the strip club, so he had to get creative. “I used my imagination—it’s my version of a strip club. There are women and men and something for everyone to see.” Indeed, there’s a beautiful mix of bodies working their up-down moves (and yes, some incredible twerking!) with Damez leading the way. “I’m a very complex human being. There are a lot of different sides of me that I haven’t been able to tap into or express on a public stage. This video allows me to show a different side of me that no one has seen.” His sexy side, and yes, a bit of his nasty side. And it’s delicious. 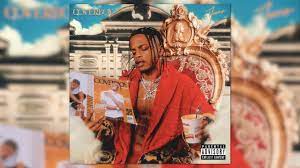 So what is the Up Down Challenge? Simply a hashtag that gets everyone posting their own unique up-down moves to TikTok and Instagram, #updownchallenge. You too can upload your own up-down dance! The great part is: you don’t have to learn a new trendy dance, just do your own thang! “You don’t have to twerk,” he explains, “as long as there is some kind of up-down movement.” Thank goodness ‘cause I am not the best twerker. “It started off with twerking but we figured out a way to make it more inclusive,” he says. The Up Down Challenge has now made its way into gyms and health fitness outlets, and features folks lifting weights, doing squats, and a myriad of other up-down moves. “People are doing exercises that are super cool. I love that the song is motivating people to be fit. I just want it to be fun and inclusive.”

If you didn’t catch the national 2020 Out Magazine Cover, you didn’t see Damez as the famous gay rapper cover boy he has become, quoted on the cover as “Atlanta’s Next Big Thing.” But his climb to cover boy stardom has not come without struggle. Check out his video “Coverboy,” a beautifully crafted mini-movie that tells the story. “It captures the entire meaning of the song—to keep going,” he explains. I wanted the video to visually help people see it’s not all glitz and glamour and happy times.  It’s struggle and heartbreak and pain, trying to figure it out, and to beat depression and anxiety.”

Initially inspired by Lana Del Rey’s video “Ride,” Damez was compelled to do more than the minimum.  “I didn’t want to just shoot the song. I had to think of a way to make it more artistic. I wanted to tell a story.” The final video is indeed super inspiring- I was immediately sucked in, and the production was fabulous. Although he works with many different videographers and producers, Damez is the mastermind behind his work, hands-on with creating and developing his art.

“Lady Gaga was also a huge inspiration to me,” he says. “I remember watching her music videos when I was in high school.” He also started writing poetry as a child, and still considers poetry a big part of his music.  Damez was eighteen when he came out to his parents, a freshman in college, where he majored in communication at Georgia Southern University. “I love it in Atlanta,” he says, “it’s definitely my home.” But he’s ready for the next chapter of his life and may make his way to Los Angeles. Big things are happening! 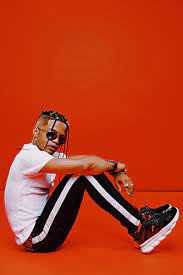 Through a partnership with Revry, you can now catch Damez’ docuseries Go Hard, a behind the scenes glimpse at the life of Damez backstage.  “It’s an in-depth look at who I am and my story,” he explains. Damez started Southland Productions, his own production company, to produce and release films, videos and concerts, and is the spearhead behind it all. There are seven episodes featuring Damez in the studio, at photo shoots and video shoots, rehearsing, performing, and sometimes, just being himself. Through Revry’s partners the docuseries will hit Amazon, helping him reach a wider audience than ever before.

“There is still work to be done,” Damez acknowledges the barriers that still exist for gay artists in hip-hop. But he sees the light at the end of the tunnel. “Lil Nas X came out after his song went #1 and he is doing great. Saucy Santana is also making moves. He’s obviously gay and has that flamboyant side which represents a big part of the community. I’m super inspired by both of them and it makes me feel good that doors have been broken down.” Damez knows representation is key, especially for today’s youth. “Representation is super important for all of us. We need to help the youth see themselves in somebody, and find someone they can relate to.”  And according to Damez, “the more role models the better,” to hit different sections of the community. “I’m going to do what I can to help that movement get to where it needs to be.”