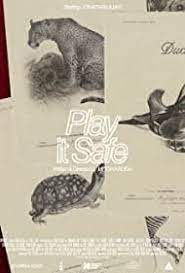 A statement, action, or incident regarded as an instance of indirect, subtle, or unintentional discrimination against members of a marginalized group such as a racial or ethnic minority.

(The Hollywood Times) 1/3/21 – Play it Safe, Mitch Kalisa’s debut short film, which he also wrote and directed, created headlines during its run at the 2021 South by Southwest (SXSW) Film Festival. An immediate success, it accepted both the Audience and Grand Jury awards for Best Narrative Short. Play it Safe draws from Kalisa’s own background as a Black student attending a British drama school and his encounters with systemic racism. Kalisa has prevailed in raising awareness and igniting conversations concerning the latent racism that dwells within self-proclaimed “liberal safe spaces.” Play it Safe deftly personifies microaggressions for British and global audiences alike while simultaneously becoming the touchstone for visceral storytelling.

Play it Safe follows Jonathan (Jonathan Ajayi), a Black student attending a predominantly white, middle-class British drama school, on a regular day in his life. We bear witness to the innocent, yet continuous, stream of microaggressions tossed at Jonathan. Ajayi offers an exquisite performance, presenting calm and collected, but upon closer inspection, his eyes, precise gestures, and facial expressions convey a different story. He is evaluating his options; he can confront his classmates’ racism or he plays it safe and avoids creating a scene. Instantaneously, Kalisa’s new character comes in and flips the script entirely. Meet white fragility.

White fragility gradually enters without any warning and, with no musical score, to acknowledge their presence or to divert your attention. The frame tightens and fastens onto sets of astonished eyes, hurrying restlessly to find consolation in one another. This scene lingers long enough that the discomfort radiates off of the screen and I felt it. I’m met by silence, with nowhere to go or anywhere to look. I have no choice but to confront the truth. As white people, we have racist biases, and deliberately or not, perpetuate microaggressions that further white supremacy. Slowly connecting the dots, I realize the students are also thinking this and admit, despite their best intentions, are racist. The teacher shuffles uncomfortably in her chair. She finally forces some words together but diverts the spotlight completely as she inquires, “Where do we begin?” This scene, Kalisa explains, not only shows how swift she is to defuse and bury her discomfort, but ultimately reveals her absolving herself of any responsibility. 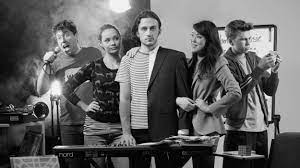 Often films present an opportunity to sympathize with white racists; we understand their backstory and find them relatable and “not all that bad.” We applaud them for speaking out against racism, for thinking that Black lives matter. Ah yes, congratulations on being a competent human being. This comfort has gone on far too long—it is time to get uncomfortable. This is your chance to deal with and acknowledge that you, too, are largely benefiting from white supremacy. For white liberals, I recognize this is a hard pill to swallow—we do our best to separate ourselves from those white people, from the extremists, anything to explain that we aren’t racist. Consider this a favor. Kalisa has revealed subtle racism for what it actually is, racism that ultimately goes unchecked. For Kalisa, this scene and its silence were very intentional and were a part of the initial conception of the film. He knew this would aid in amplifying the tension and suspense of the scene, all while embracing the ambiguity of silence.

We often use music in films to connote specific emotional responses; however, in this case, Kalisa wanted the silence to create a space entirely for the audience to project their ideas onto the scene. His goal of inspiring conversation without making absolute statements was a success. The silence, he continues, was a big part of achieving this goal. Kalisa knew the silence would provide the opportunity for audiences to interpret, discuss, and reflect on the situation in front of them. Kalisa illuminates this scene, holds a mirror up to the audience to see the genuine issues, rather than continuing to cast our gaze onto Jonathan. 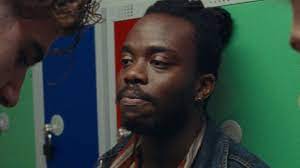 In America, our institutions are riddled with microaggressions, and our cultural fabric is woven by racism. Our phrases, words, and even childhood songs that we use so commonly, many of which have their roots in racial slavery in the US, have gone unchecked. To ignite change is to raise our awareness to bring it to others so we can start and continue to engage in the conversation. It takes a conscious effort to change your vocabulary and to embrace an anti-racist lens, but it is far from impossible. Turn off the soundtrack in your mind and pay attention. As much as we would like to minimize ourselves and disappear when situations get uncomfortable, we need to step up in those instances to be responsible and check ourselves as well as those around us. Films have the power to change the narrative, but it is a two-way street: you can’t wait for change to happen. Be ready to act on that change.