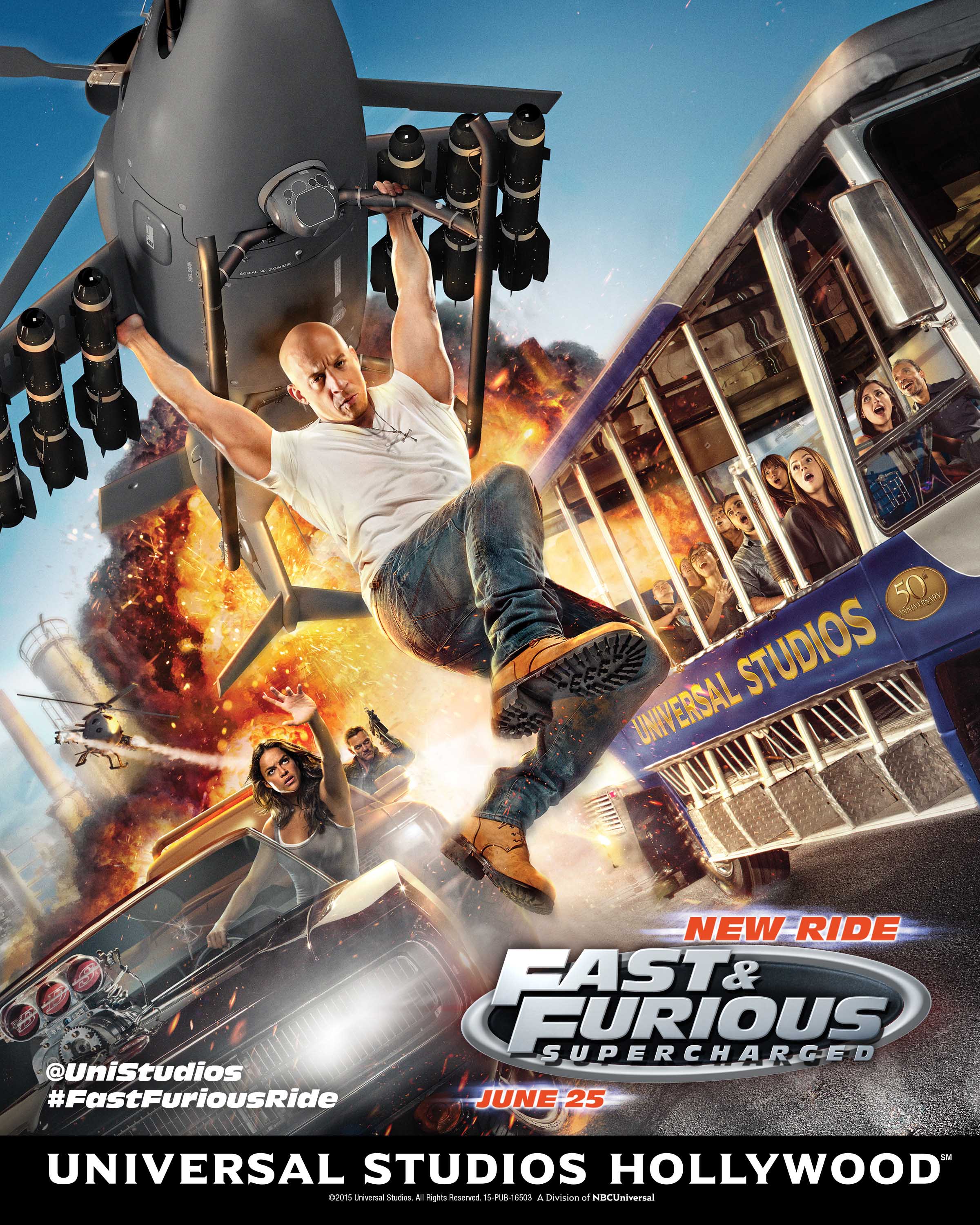 See the No. 1 Film in the World at the All-New Universal Cinema, Check out Original Prop Cars and Wardrobe Displays and Experience the Theme Park’s Mega-Attraction,

Universal City, California – April 18, 2017 – Universal Studios Hollywood and Universal CityWalk become headquarters for Universal Pictures’ blockbuster new movie The Fate of the Furious, inviting fans to see the No. 1 film in the world at the all-new Universal Cinema, get up close and personal with original prop cars and costume displays and cap off the experience aboard the theme park’s exciting thrill ride, The Fast & Furious—Supercharged,which features stars from the original film series.As the one-stop destination for all things Fast & Furious, Universal CityWalk’s new state-of-the art Universal Cinema offers movie buffs the best seat in the house, where they can kick back on ultra-plush recliner seats in Hollywood screening-room quality theatres to watch their favorite characters reunite on the silver screen.

The turbo-charged takeover also provides guests with an exclusive look at the high-speed vehicles from the new movie on display both at Universal CityWalk and Universal Studios Hollywood.  This includes “Dom” Toretto’s (Vin Diesel) 1970 Dodge Charger, which has been souped-up to an Ice Charger with a 707 horsepower, 6.2 liter V8 engine to enable the vehicle to zip along snow and ice terrains in the new film. Other cars on display include the International MXT driven by Hobbs (Dwayne Johnson), Hobb’s Dodge Ram, Roman Pearce’s (Tyrese Gibson) 2004 Bentley GT and the Ripsaw driven by Tej (Chris “Ludacris” Bridges).

Authentic wardrobe worn by Dom and Hobbs will also be prominently featured within the lobby of the new Universal Cinema.

Universal Studios Hollywood also invites guests on an electrifying thrill ride aboard it’s all-original “Fast & Furious—Supercharged” mega-attraction. The Studio Tour’s grand finale ride features characters made famous by Vin Diesel, Dwayne Johnson, Michelle Rodriguez, Tyrese Gibson and Luke Evans and catapults guests into the high-stakes underground world of fast cars in a harrowing escapade – at perceived speeds in excess of 120 miles per hour – to save one of their own from an international crime cartel.

For more information and to purchase tickets to The Fate of the Furious, visit www.CityWalkHollywood.com. Additionally, movie-goers can enjoy$5 Movie General Parking with the purchase of a movie ticket.

Visiting guests can get a supercharged look at the new The Fate of the Furious displays within Universal Plaza, located in the heart of the theme park, now through Friday, April 28, and just outside Universal Cinema until Sunday, April 23.

About The Fate of the Furious

On the heels of 2015’s Furious 7, one of the fastest movies to reach $1 billion worldwide and the sixth-biggest global title in box-office history, comes the newest chapter in one of the most popular and enduring motion-picture serials of all time: The Fate of the Furious.

Now that Dom and Letty are on their honeymoon and Brian and Mia have retired from the game—and the rest of the crew has been exonerated—the globetrotting team has found a semblance of a normal life.  But when a mysterious woman (Oscar® winner Charlize Theron) seduces Dom into the world of crime he can’t seem to escape and a betrayal of those closest to him, they will face trials that will test them as never before.

From the shores of Cuba and the streets of New York City to the icy plains off the arctic Barents Sea, our elite force will crisscross the globe to stop an anarchist from unleashing chaos on the world’s stage…and to bring home the man who made them a family.