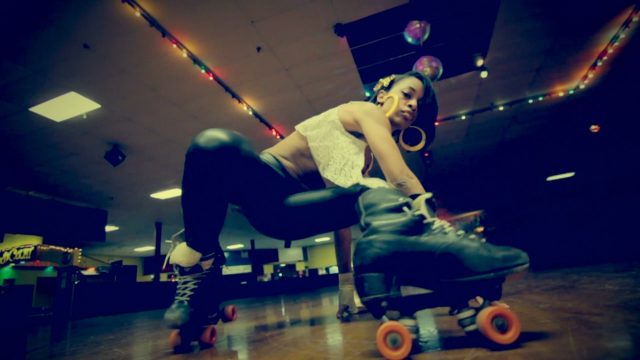 Pasadena CA (The Hollywood Times) 11/30/2018 – United Skates – a documentary about America’s last skating rinks and a growing number of devoted skaters who want them to make a comeback – opens today in Laemmle’s Playhouse 7.

While the film has a compelling theme for a story – or as their press release states:

“When America’s last standing roller rinks are threatened with closure, a community of thousands battle in a racially charged environment to save an underground subculture–one that has remained undiscovered by the mainstream for generations yet has given rise to some of the world’s greatest musical talent.

Few people are aware that roller rinks remain a segregated space throughout the country. “Black Nights,” now often referred to as “Adult Nights,” can be found in nearly every major city, each boasting a vibrant music and skate scene original to their region. Baltimore is home to Snapping, Detroit has Open House, J.B. skaters reign in Chicago, and in New York/New Jersey they skate in trains and trios. “Adult Nights” are credited as incubators of East Coast Hip Hop, and West Coast Rap. From Queen Latifah, Salt-N-Pepa and Naughty by Nature in New York/New Jersey to Dr. Dre and Ice Cube in Los Angeles, roller rinks have long been a mecca for music and creativity. These nights are also safe spaces, where street rivalries are left at the door. And still, many white rink owners refuse to host adult nights, even though this community could keep them in business. With an average of three rinks closing a month, UNITED SKATES takes a deep dive into the vibrant and celebratory world of African American roller skating through the eyes of three central characters: Phelicia, Reggie, and Buddy. Each living in a different part of the country, and each fighting to preserve a tradition that reaches deep into their family history, this award-winning film documents a small but monumental piece of American culture at risk of disappearing entirely.”

It lacks archival footage and the history to keep our attention. This film would touch the heart and really educate by giving us more information and entertainment as opposed to beleaguered scenes of the same lines of reasoning. One rink highlighted in the film is local and has been completely renovated and updated to bring in the older and a newer crowd.

The owner stated in print: “With the help of rapper Nipsey Hussle, who is among the rink’s biggest champions, Karas is looking to rebrand World on Wheels as a place where celebrities and locals alike will want to hang out, grab a bite or watch a game on TV long after they’ve finished skating. “I don’t think roller rinks are dead,” Karas says. “I think the owners of roller skating rinks are dead.”