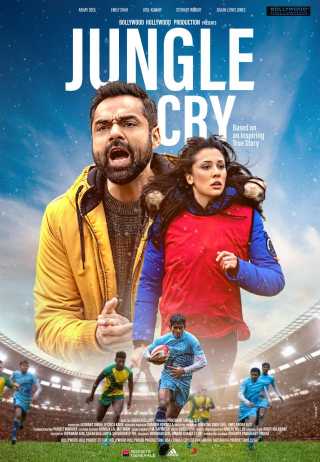 Directed by Sagar Ballary, the film is produced under Bollywood Hollywood Production, producers Prashant Shah and Jaswant Singh, and associate producer Shabbir Boxwala.  The film also features cameos by some of the top names in the sport, including world famous rugby referee Nigel Owens and Collin Charvis, former captain of the Wales National Rugby Union Team.  The film’s tournament scenes were shot at the legendary

Jungle Cry’s original soundtrack and music will be distributed worldwide by Sony Music.  Brand partnerships were also recently announced with adidas and Société Générale, both longtime supporters of the sport.

The film’s cast, director and producers also recently were invited to make a special presentation at The House of Lords in London.   Jungle Cry is scheduled to be screened in Tokyo, Japan at the Rugby World Cup 2019 and will be released this summer in India.