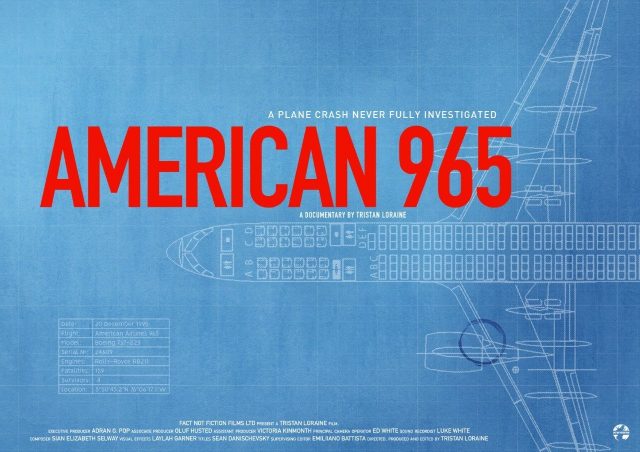 Los Angeles, California (The Hollywood Times) 7/01/2021- Tristan’s first love is aviation, unfortunately he had to retire from his dream career due to ill health caused by regular exposure to contaminated air. Through his latest documentary, former Airline Captain Tristan Loraine uncovers shocking new evidence from the American 965 crash and its subsequent investigation. He exposes the facts about the unfiltered air we breathe on commercial aircraft and the vital evidence the investigators never looked at.https://www.american965.com/

You have spent your career as an Airline Captain for British Airways. When you found out about the crash of American 965 what was your initial reaction?

I flew the same model of plane as in the tragic American Airlines 965 crash of 1995 on approach to Cali, Colombia. It was hard to understand how the accident could have happened in such a modern plane with so many safety features. The investigators then issued their report and said the 2 pilots lost situational awareness etc.. It didn’t make a lot of sense as these were 2 very experienced pilots flying for a very reputable and experienced airline, but you accept what the investigators say. Some years later, I suffered exposures to contaminated air on the same aircraft type that affected me cognitively. I then also discovered in my airline we had also had a flight where the pilots forgot to slow the plane for landing due to the fact they had been impaired from breathing contaminated air but nobody I knew was told about this or the risks. I then started to ask more questions and read the entire 965 accident report and supporting data in more detail. That is when I realised the investigators had failed to look at all the evidence, blaming the dead pilots for the crash, yet the industry had known for decades contaminated air had and could impair pilot performance. When I started to discover all the facts, I decided to make the film ‘American 965’ to show the public what the industry knew but did not disclose and what the investigators did not look at. 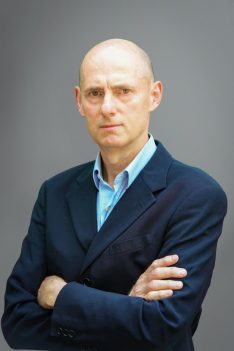 Take us back to 1995 when American 965 left Miami and crashed in Bogata, Columbia.

The plane crashed near Buga, not Bogota. It was descending at night and the crew lost situational awareness and the plane flew into a mountain side at about 240 mph. The evidence clearly shows the left engine had a known oil leak and the left engine provides the pilots with the air they breathe. If the breathing air is contaminated it can impair crew performance and it is obvious on this flight the crew were not cognitively as sharp as they should have been. In the film we took the data from the flight data recorder and for the first time recreated the exact flight path the aircraft took in 3D. The evidence points to the air supply being contaminated, the aircraft and engine manufacturer knew this could happen, the industry knew this could happen, yet the aircraft had no contaminated air warning system to warn the pilots. Remarkably the pilots’ blood was not tested for exposure to contaminated air exposure but only for alcohol consumption. Why not? Maybe the industry didn’t want to find out. Since the Cali crash there have been a number of other serious incidents with crews being impaired or even totally incapacitated from contaminated air exposures and air accident investigation departments around the world have said all aircraft should have warning systems fitted but the industry refuses to fit them. Why?

What struck you as inconsistent in the facts about this crash?

There are many things that don’t add up. One example is this. On approach the pilots were offered what is known as a straight in approach. During an approach airline pilots use a simple rule. They work out how many feet they have to lose from their height to descend to the height of the airfield. They multiply this number by 3 to have the number of miles they need from their location to the airport to be able to land ok, they then add 10 miles for the distance it takes to slow the plane for landing and make a correction for a head wind or tail wind. It is very clear the American crew did not do this as when they accepted to do a straight in approach, they were too high. They did not have enough miles to do it. This shows cognitively they were no longer able to work out simple maths. A clear sign of cognitive impairment.

In 2006, you established the award-winning production banner, Fact Not Fiction Films. What led you to start your film company?

When I was ill health-retired I had a story to tell, so I set up the company. My first documentary in 2007 was called ‘Welcome Aboard Toxic Airlines’. We specialize in public interest stories, flight safety, mental health etc.. Our last feature film ‘A Dark Reflection’ or ‘Flight 313: The Conspiracy’ as it is called in the US, is on the same issue. 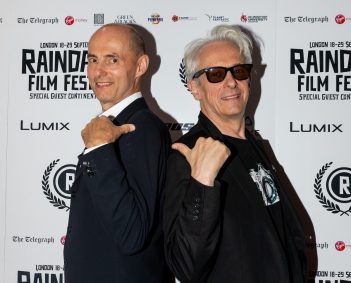 You have spent 20 years researching cabin air safety. What have you found and what was the plausible new cause for the tragic plane crash?

As a former airline Captain and with 20 years of research on the contaminated air issue, I think it is unbelievable that aircraft are flying with no warning systems for the problem and providing passengers and crews with unfiltered breathing air taken from the engines. Air we know gets contaminated with engine oils and hydraulic fluids that come with manufacturers warnings on the cans of: ‘do not breathe mist or vapour from heated product; risk of cancer; suspected of damaging fertility; etc…’ The passengers deserve better, but most are flying uninformed. Flight safety continues to be put at risk by the aviation industry by their failure to fit warning systems.

I was ill health retired as an airline Captain after repeated exposures to contaminated air in the aircraft I flew. I went from being able to do the Ironman triathlon to unable to run a mile in 6 months due to the effects of inhaling these harmful chemicals. I had numbness in my fingers and in my foot, I was getting about 6 chest infections a year, lasting weeks or even a month, I had chemical blisters on my nose, felt mentally slow, felt nauseous and felt like I was permanently jet lagged.

Tell us about the unfiltered air we breathe on commercial aircrafts.

Anyone who flies as a passenger on a plane is being supplied unfiltered air from the engines, unless they fly on the Boeing 787 that provides air from electrical compressors. Passengers should watch the films made in 40 languages by the Global cabin Air Quality Executive (GCAQE), a coalition of labour organisations globally trying to fix this issue. See:  gcaqe.org/cleanair

What does your film, American 965 show?

It shows you what the industry knew but never told the crash investigators or what the investigators did not want to know. The film shows you that the aerospace industry, like big tobacco, has not been honest with passengers and continues to put them at an unnecessary risk when this issue could so easily be resolved.

You also have film, Dark Reflection, Everybody Flies (2021 Oscar and a BAFTA qualified) Tell us about the film.

Everybody Flies is the sequel to ‘American 965’ although it came out first. It looks more at the bigger issue of contaminated air, the lies, the deceit and how it all impacts passengers / crews and how it ended my career. Everybodyflies.com A Dark Reflection is a feature film about the issues based on real events. It is called Flight 313: The Conspiracy in the US. It was Britain’s biggest ever co-operative film and the last feature film shot on Fuji 35mm film stock.

A short form doc we are making called ‘Aerotoxic’ which is in the 9/11 Inside Job style and voiced over by the Star Trek legend Marina Sirtis who also starred in A Dark Reflection and who I work with on 5 projects. Amazing lady.