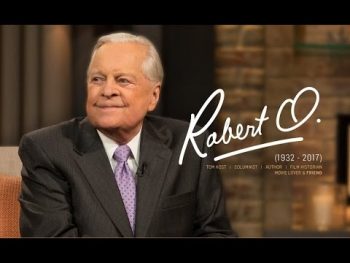 I think one thing that always attracted me to movies was the personalities. I went to movies not because the stories necessarily appealed to me, but because of the people in them.  Robert Osborne,  was primary host for twenty years of the cable channel Turner Classic Movies (TCM)

Thousands of movie lovers from around the globe will descend upon Hollywood Boulevard for movies set within the theme Grand Illusions: Fantastic Worlds on Film. Over four packed days and nights, attendees will be treated to an extensive lineup of great movies, appearances by legendary stars and filmmakers, fascinating presentations and panel discussions, special events and more.  Grand Illusions: Fantastic Worlds on Film will take fans on a journey to enchanted worlds of fantasy and stories beyond belief. From myths and magical creatures to ghostly encounters and travels through time, they will escape with fellow movie lovers to places that will ignite their imagination.

Passes for the 2020 TCM Classic Film Festival will go on sale in November 2019. For more information, please visit http://filmfestival.tcm.com.

The Hollywood Times has been covering this amazing Classic Film Festival for over sevent years now and it is for every Classic Film buff out there.  Even if you are not a Classic Film buff, but love movies in general, I guarantee you will find one or two movies a day that will be worth it to get yourself a pass to see these films.  The celebrities that attend are worth the price of the ticket.  So don’t hesitate this year for 2020, get your tickets in November 2019!

Check out these articles about Celebrity Footprint and handprint ceremonies that you would be part of once you get your passes:

See you in Hollywood next April 2020.

Turner Classic Movies (TCM) is a two-time Peabody Award-winning network that presents great films, uncut and commercial-free, from the largest film libraries in the world highlighting the entire spectrum of film history. TCM features the insights from Primetime host Ben Mankiewicz along with hosts Alicia Malone, Dave Karger and Eddie Muller, plus interviews with a wide range of special guests and serves as the ultimate movie lover destination. Currently in its 25th year as a leading authority in classic film, TCM offers critically acclaimed series like The Essentials, along with annual programming events like 31 Days of Oscar® in February and Summer Under the Stars in August. TCM also directly connects with movie fans through events such as the annual TCM Classic Film Festival in Hollywood and the TCM Classic Cruise, the TCM Big Screen Classics series in partnership with Fathom Events, as well as through the TCM Classic Film Tour in New York City and Los Angeles. In addition, TCM develops a wide range of books about classic film, offers classic movie merchandise online in the TCM Shop, curates quarterly wine shipments with the TCM Wine Club, and hosts a wealth of material at tcm.com and through the Watch TCM mobile app.