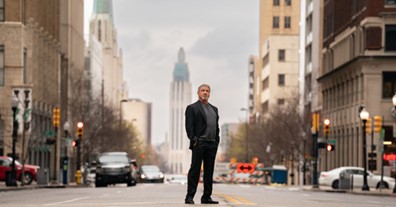 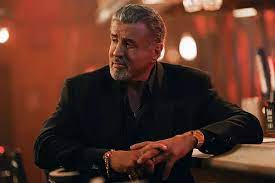 Los Angeles, CA (The Hollywood Times) 9/26/22 – Tulsa King is a highly anticipated series starring Sylvester Stallone. The series takes viewers into the life of New York mafia capo “Dwight “The General” Manfredi played by Stallone. After doing a twenty-five-year bid in prison, Manfredi is released and hoping to reconnect with his mob family, but quickly realizes that they don’t have his best interest in mind. So, he sets up shop in Tulsa Oklahoma, building a crew from a group of peculiar characters who assist him with establishing a new criminal empire.

During Paramount + TCA Press Tour Stallone was asked about how he became involved in the series as both talent and producer, he replied “It’s kind of interesting because I met Taylor a while back, actually riding horses in California. And he was just working on “Sicario” at the time, and I wanted him to write the screenplay for “Rambo” because I was getting lazy. Anyway, we moved on in life. And then he became very, very successful with TULSA KING — I mean not TULSA KING, but “Yellowstone.” And one day, he just had this idea, called me up, pitched it to me in like three seconds. I went, “I’m in. It was very fast.”

Not only did we get a chance to converse with the talent, but we also had the opportunity to watch the behind-the-scenes featurette. 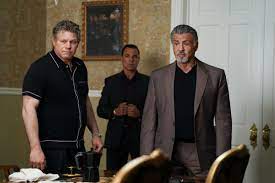 Viewers can enjoy the first two episodes November 13th on Paramount +, and weekly every Sunday.