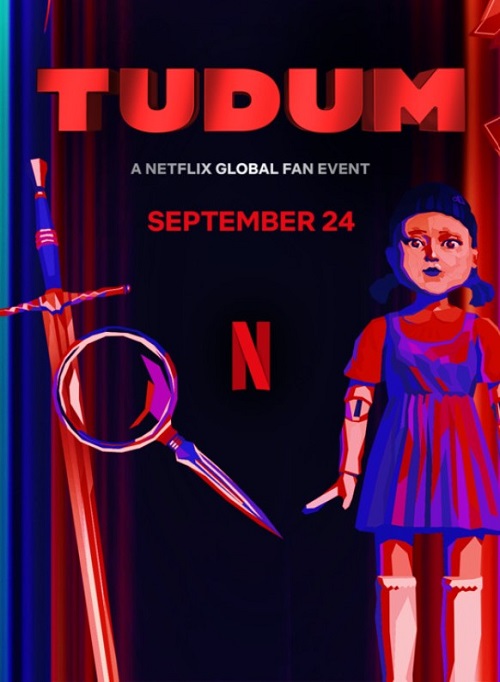 Netflix’s global fan event kicked off today, Sept. 24  at 10 AM PT and hit the ground running with tons of exciting breaking news, exclusive first looks, trailers and clips and appearances from the creators and stars behind your favorite Netflix series and films. Here’s what’s been unveiled during Tudum’s second 30-mins of the show.

With over 120 total series/films/specials / games

And over 200 Netflix talent

The event is available in 29 languages

And available to stream globally

Tudum: A Netflix Global Fan Event is an exciting day of exclusive news, never-before-seen footage, trailers, and first looks, as well as interviews with Netflix’s biggest stars and creators. The free virtual event is a celebration of Netflix fandom and is dedicated to sharing the scoop on over 100 fan-favorite shows, films, and specials from across the globe. On September 24, Tudum will span four continents with five events, taking fans on a whirlwind trip around the world:

At 10 am PT, Tudum kicks off as a two-part show with Part 1 out of the United States and Europe, and Part 2 at 11:30 am PT out of Latin America, including surprises from other countries.

At 1:00 pm JST September 25 (9:00 pm PT September 24), our stars from Japan will close out Tudum with a celebration of our Japanese entertainment.

Tudum: A Netflix Global Fan Event will be available across Netflix YouTube channels in a number of different languages. Visit Netflix’s official fan site, Tudum.com/event, for the latest news from this global fan event, and stay tuned for details about our title and celebrity lineup in early September.