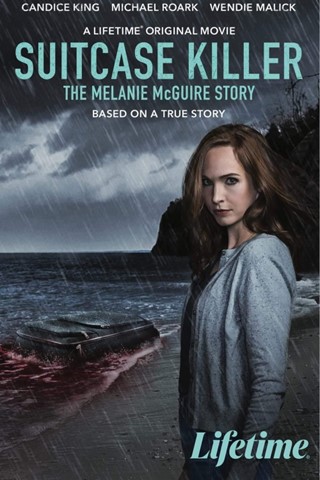 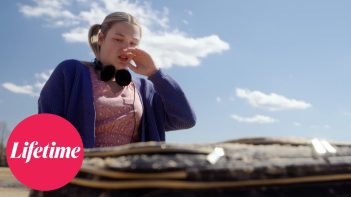 Los Angeles, CA (The Hollywood Times) 6/9/22 – Lifetime Network hits us with another true crime story. This one is the gripping tale of Melanie McGuire aka The Suitcase Killer. On April 28, 2004, McGuire, a former nurse was convicted of murdering her husband, William McGuire; drugging, shooting, dismembering, and stuffing his remains into several suitcases. Her motivation for murdering William was so that she could be with her lover, a doctor who worked with her at a fertility clinic in Morristown, New Jersey. She is currently serving a life sentence at Edna Mahan Correctional Facility for Women in Clinton, New Jersey and will not be eligible for parole until she is 100 years old. 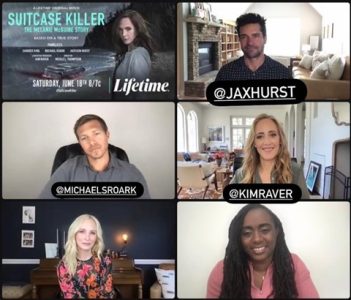 When asked what kind of state of mind she had to get into to play a role such as this King responds; “That’s a big question for anyone that was on set with me, because I get very into stories, and especially true-life crime stories. So, I talked everybody’s ear off about this case. For me, personally, I just felt like it was my responsibility to tell Melanie’s story, as those were the shoes that I was filling, and this was someone who, by her own account, she is a mother who was scared and as in an abusive relationship, and who was also very dedicated to her job and who was not perfect. She had many, many faults, self-admittedly. So, I really felt that kind –listening to her testimony and that she had given to her lawyers, and as well as there’s a great podcast called “Direct Appeal” in which she spoke for hours, there’s hours of recording of her sharing her story and her experiences that I listened to. So that’s more kind of the direction in which –or at least that’s what I was showing up to set with, you know, also while following the script that we have”

Director Nicole Thompson makes her directorial debut with this movie, during the discussion she was asked what her experience was like bringing this type of story to television. Thompson replied; It was a wonderful experience being able to work with this incredibly talented cast and crew. As a first-time feature director, it was especially important to me to make sure that I did the research to give the story justice and make sure that the facts Shine through and showing the characters in fullness, right. Candice spoke to how being flawed, but also having a humanity side to it, so just wanting to make sure that the characters were portrayed properly, but also making sure that film had a full story arc all from beginning to end.

Michael Roark also chimed in on the discussion, elaborating on the initial challenges he faced playing the role of Melanie’s husband, who she subsequently murders. Roark says; “initially, you know, obviously, whenever we’re doing a story that’s, you know, we’re doing a real-life story here we’re going where are the resources, what are the facts, and the biggest challenge I faced initially was two things. One was while there was a whole lot of information on Melanie there really wasn’t a whole lot on Bill. I was surprised how little could be found on Bill. So, you know, I had to do my work, kind of fill in a lot of those gaps and find my own interpretation. And the other is just the speed at which we move. You know, especially when we are doing film you never know how much time you must prepare something, so we moved very quickly on this, so that was a challenge but that’s not atypical for making films.”

Suitcase Killer: The Melanie Mcguire Story is set to Premiere Saturday, June 18 at 8/7c on Lifetime Network. Click the link to watch the trailer https://www.youtube.com/watch?v=fuBkcJK_DD4