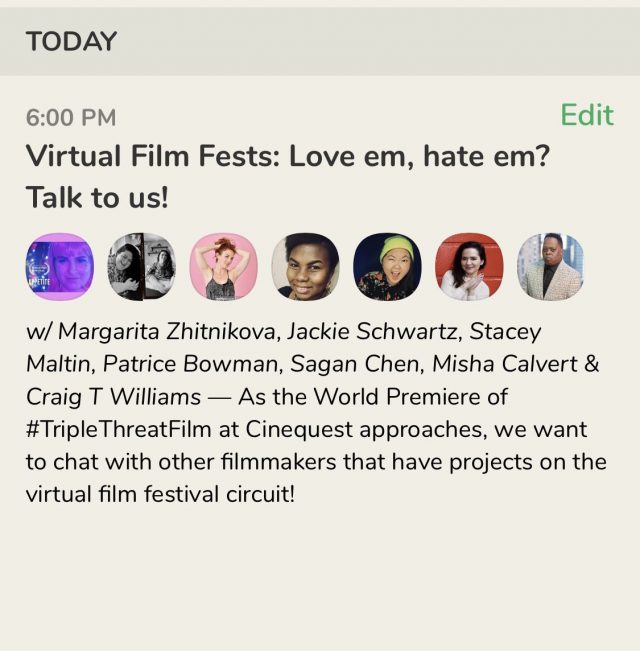 Los Angeles, CA (The Hollywood Times) 3/22/21 – Director Stacey Maltin brings to life a robust narrative about the lives of a group of friends all vying to make their Broadway dreams come true. I had the pleasure of chatting with Stacey, as well as Margarita Zhitnikova and Jay DeYonker, who all starred in and produced the film together under their Besties Make Movies moniker. I really enjoyed this film because of its honest portrayal of LGBT lives. 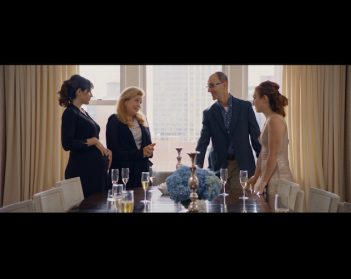 At the heart of the conflict is the desire Gus has to be a father, in spite of his pursuit of a career in show business. As Stacy says, flipping the script made for an interesting perspective shift. It isn’t the woman whose biological clock is ticking louder than a freight train; it’s Gus! Now’s not the time for starting a family, especially with an adorably named show called Firefly bound for Broadway starting Previews in just a week or two, and the world at its feet. The women in Triple Threat are ambitious and dedicated to their careers. As Gus says, relationships can be complicated.

I think the film does a great job of really showing us the characters’ lives and not defining them strictly by their labels. Identity plays a role, of course, but this isn’t a coming-out story. The identities and orientations of all the characters are fairly well established from the get-go, which is refreshing. I especially enjoy the banter of the characters and the balance between drama and comedy. 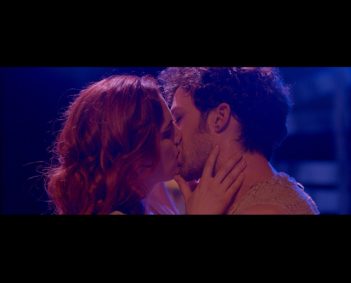 The film debuts today, and you can check the official website for Cinéquest screenings at https://www.triplethreatfilm.net. We want to thank the cast of Triple Threat and Lisa Trifone at Bright Iris for arranging the interview. It was a blast!