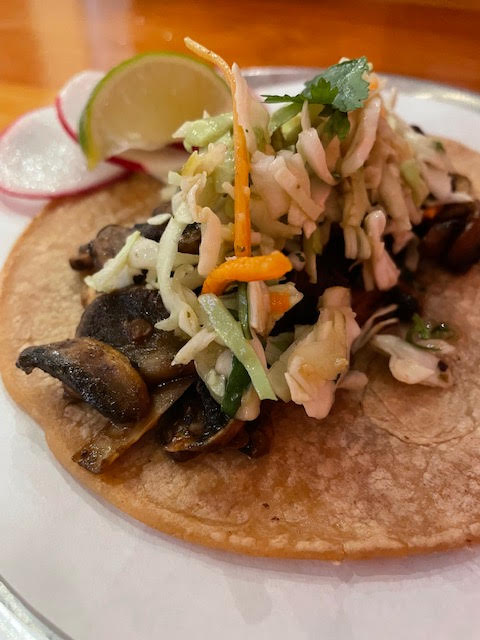 Los Angeles, CA (The Hollywood Times) 11/20/21 – Everyone loves Hollywood bad guy Danny Trejo. When he’s not striking fear as a villain on screen, he is striking appetites with his foodie establishments. With 6 locations in the West LA and Hollywood region and more in Chicago and Miami, his foodie projects range from donut shops to sit down Mexican restaurants. What an entrepreneur! 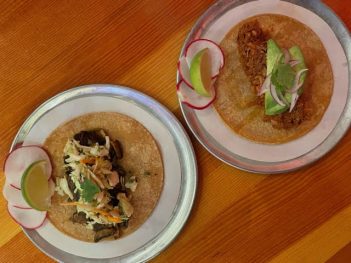 As part of the “Best of Vegan” series and awards we are doing, Trejo’s Tacos came on the radar due to their vegan selections, specifically this month’s “young jackfruit tinga” which can come either in taco, burrito or bowl form. We love choices!

So Joy and I made a trip to downtown Hollywood, right off Cahuenga, catty corner from the Dream Hotel in our continuous search of the perfect Vegan dish. 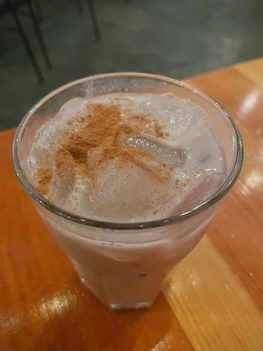 Immediately we were greeted by resident manager Hugo who oversees all 6 locations. As we sat down, the first drink was offered to us: the vegan horchata. What a concept especially for my favorite drink, which is milk dependent. So how would a vegan version work? But what a surprise. The almond milk worked even though I was initially skeptical. But it was really the sweetening of the horchata with dates that made it special. The texture was thick, the way I like it (my biggest pet peeve with fountain horchata, say from 7-11 is that it’s too watery and sugary).  But this was perfect. I’ll take a refill.  4.5/5

Definitely an above average experience for the restaurant and the real bonus was the celebrity tie-in. Danny really knows how to brand himself, down to his mug becoming apparent on the bottom of every bowl or plate. Here are some objective measures in where they excelled. 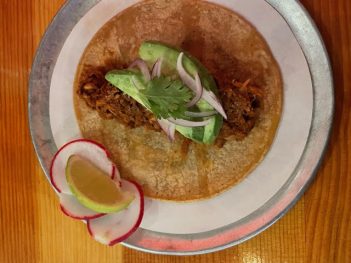 So let’s get to the amazing flavors. Trejo’s Tacos was proud to unveil their November vegan dish, the young jackfruit tinga. And wow did that amaze or what? As a fan of Indonesian cuisine, jackfruit is not an uncommon addition into certain dishes so I’m pretty familiar with the flavor. However, talk about a balance here. Fruity but still savory. While this is a seasonal offering, the regular menu has a “young jackfruit” taco, a vegan and year round option, minus the tinga.  4.5/5 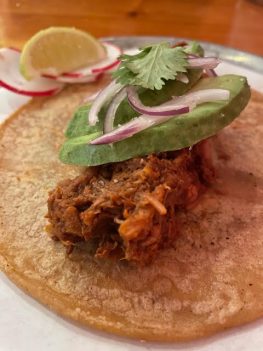 So my favorite vegan dish was actually one they have on the year round menu: the mushroom asada. Joy and I commented on how we feel many vegan places actually forget to integrate the underrated mushroom. In this case, it blew me away with the explosion of flavors. The balance of flavor and spices in their standard vegan dish was exceptional. From the citrus marinade to the pesto, this was gourmet vegan cuisine as its finest. While the taco was small, I found myself taking small bites because the flavor was so rich and delicious. 4.9/5 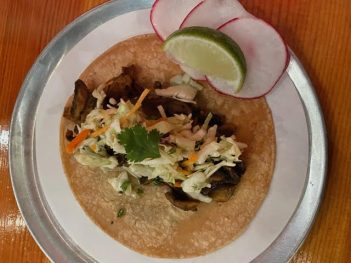 But for a vegan, the choices were limited to everything we just covered so we chose one non-vegan dish and were absolutely speechless. Best burrito ever. Their steak asada burrito actually has a Danny icon beside it, indicating it as a favorite dish of Danny’s. It is a homemade recipe from Danny’s mother with some top chef modifications, and perfectly captured what a meat lover would want in a gourmet experience. Every bite was to be savored with fresh ingredients like pepita pesto and a perfect amount of sauce.

We are going to give high marks to the ambience of the restaurant. Besides the standard hospitality, what I always consider is the overall experience for everyone involved. With Trejo’s, you have a good selection of vegan items, but a lot of non vegan items as well. Basically there’s something for everyone, so the whole family can enjoy dishes with their individual preferences accounted for. And that would make for the best family and friends experience, regardless of food and allergy restrictions. Go Trejos! 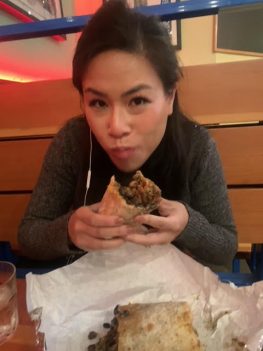 You can visit Trejos Tacos at https://www.trejostacos.com and social media at Instagram @trejostacos.