Los Angeles, CA (The Hollywood Times) 10/30/20 – In the absence of national leadership getting out the 411 on Covid-19, National Geographic and ABC News have collaborated on Virus Hunters; a documentary that brings hope and hard facts to a public hungry for both. Virus Hunters sheds light on the origins of Covid-19 to be sure; but it has a broader mission to raise the red flag on new immerging threats, their origin, and the ongoing risks. Covid-19 is the tip of a very large and potentially catastrophic iceberg. Our tour guides are epidemiologist Chris Golden, who brings his science chops and his love of the natural world; and ABC Foreign Correspondent James Longman who brings his investigative reporting experience as well as a much-needed dash of Brit-wit to the proceedings. 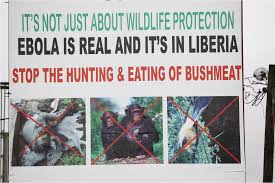 The action begins in Liberia, a flashpoint in the Ebola crisis. We see researchers strolling through pristine rainforests dressed in Hazmat gear head to toe like visiting space aliens, lest any one of them become patient zero in a new global pandemic. Bats seem to be the prime culprits in viral transmission due to their hardy immune systems which allow them to carry viruses without suffering from their ill effects. Moreover, human encroachment (via mining and deforestation) into wildlife habitats exponentially increases the opportunity for the animal to human transmission; not just Covid, but Ebola, SARS, and beyond.

Virus Hunters cuts a sizable swath across the globe looking for flashpoints in bat-infested caves and meat markets while interviewing researchers on the front lines. From Africa to Western Asia to North America, viewers might be comforted by the fact that teams of virologists are testing and cataloging virus strains for rapid identification and rapid response in the event of an outbreak. However, any optimism is buzz killed quickly when researchers state that after their successful battle with the Ebola outbreak, their funding was cut.

In the final act, Virus Hunters bring it all back home to Wisconsin where CWD (Chronic Wasting Disease) is tearing through the deer population turning brain tissue into sponge. Wisconsin is a state where Venison is a dietary staple; or as one researcher soberly states: “we’re just a mutation away…”. We are reminded that viruses are not unfortunate tricks of fate from distant lands. H1N1 originated in North America. The next pandemic could very well be homegrown on a heartland factory farm.

The overarching reality points to 2020 as the starting point for a new historical epoch to rival the age of The Black Plaque. Virus Hunters give hope that science is on the case armed with modern miracles to bring the fight against invisible enemies. Hopefully, political leaders still trading in secret potions, bloodletting, and superstition will pull to the side of the road and let science take the wheel. Towards that end, Virus Hunters contributes mightily.

THT and the TCA recently had the opportunity to interview Chris Golden; the Epidemiologist featured in Virus Hunters:

How do you explain governmental myopia regarding mitigation once the outbreak has occurred?

“In May 2019, the CDC, USDA, and DOI (Dept. of Interior) released their first-ever collaborative report warning of the threat of zoonotic pandemics on American soil. Researchers have been sounding the alarm about this for decades, but this report came internally from the government, and among the zoonoses included on this list was “emerging coronaviruses.” Keep in mind that this was May 2019. So, we haven’t learned our lesson with SARS. We haven’t learned our lesson with MERS. And now we have COVID and we are still ill-prepared to deal with pandemics. It is difficult to explain the government’s lack of leadership here but clearly needs to be rectified if we want to feel safeguarded in the future. Nationalized systems of disease surveillance (something that is easily facilitated with models of universal healthcare) would be a great start.” 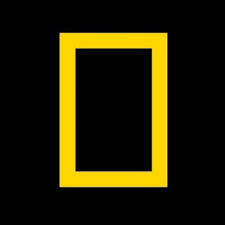 On a pragmatic level, is the genie too far out of the bottle for testing and tracing?

“Testing and tracing are important, but it really depends on the scale you are talking about. Are you thinking of a kindergarten class or the nation as a whole? Testing is really important to learn about the dynamics of the disease but will not, in itself, slow the transmission of the disease. What is needed is science-based policymaking and clear directives provided to States on how they should be dealing with quarantine and re-opening. This requires leadership at high levels of our government, which we are currently lacking. It also requires empathy at the citizen level, knowing that you could be carrying something that could harm someone else and being responsible for your own role in the pandemic”.

Is there anyone thing that China or other countries can do right now to lessen the risk of an outbreak of a future virus? “The entire world needs to be working together on this. Zoonoses can emerge anywhere– this is not an issue of China or any other country in isolation. Our globalized world makes it everyone’s responsibility. There are concrete actions that we can do to prevent the emergence of a new virus. A new article in Science led by Andy Dobson sums this up well. Reducing deforestation, restricting the wildlife trade, monitoring and surveillance of disease for early detection and control, and regulating livestock industries are among the most critical interventions. These interventions would cost roughly $20-30 billion per year at global scales. This may sound large, but we have lost at least $5 trillion in GDP in 2020 already. The amount needed for prevention pales in comparison to the potential downsides of further pandemics. These numbers do not include the non-economic values of human lives lost (how can we even value what has been so terribly lost?) and do not include the other upsides of these conservation-based interventions.”

Give it to us straight Doc. Has the world changed forever?

“I hope so. I hope the world has changed forever so that we can re-orient our society on what matters most: the health of the planet, and the health of the people living on it. If we can focus on these things, rather than the current orientation of society that is motivated by other factors– then I think we have a chance of thriving.”