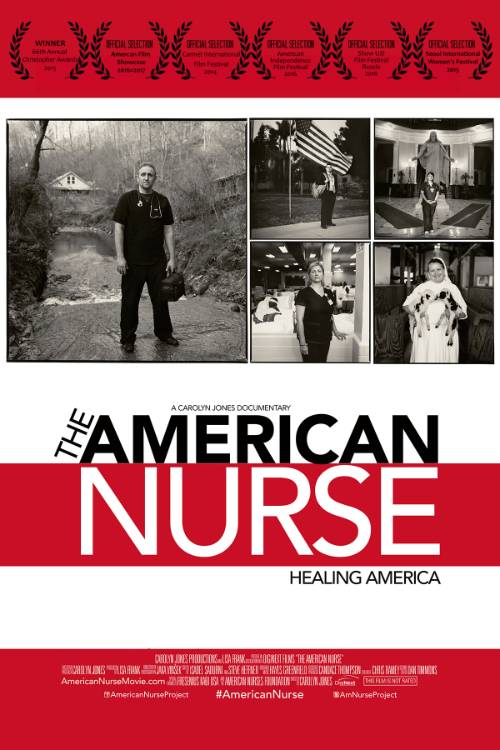 “Every day we hear about nurses on the frontlines who are risking their own lives to care for others. Who are the people that choose to do this work?  What is their DNA?  This film follows 5 nurses to understand what compels them to walk toward a crisis instead of running from it.”
– Carolyn Jones, Director

NEW YORK (Tuesday, April 7, 2020) – At no time in recent history has the vital role of nurses in America been so clear.  To honor nurses on the front lines of the COVID-19 crisis, Kino Lorber is offering a free streaming re-release of the acclaimed documentary, THE AMERICAN NURSE (www.americannurseproject.com).

The documentary highlights the lives of five American nurses from diverse specialties, bringing to the big screen a sincere look at the commitment, necessity, and compassion behind this profession that impacts us all.

Marking the six-year anniversary since it was released in U.S. theaters in May 2014, Kino Lorber will release THE AMERICAN NURSE for free on its streaming platform Kino Now from now until the end of May. The release is timed to coincide with National Nurses Week, and the World Health Organization (WHO) also designating 2020 as the International Year of the Nurse and the Midwife.

The film’s free release is made possible by Fresenius Kabi, which also supported the development of the film and related book, and whose purpose is to put lifesaving medicines and technologies in the hands of nurses and others who care for patients, and to find answers to the challenges they face.

“The people of Fresenius Kabi stand shoulder to shoulder with the nation’s health care professionals to support their heroic and selfless actions on the front lines of caring for life,” said John Ducker, president and CEO of Fresenius Kabi in North America. “We are proud to support a film that shares with the public an honest look at the brave nurses who are helping our country through such a challenging time. Our hope is that this film also inspires many to consider a career in nursing.”

THE AMERICAN NURSE is a critically acclaimed film that received a 100 percent Fresh rating on Rotten Tomatoes. The Hollywood Reporter film critic John DeFore called it, “a compassionate and psychologically revealing doc.” The New York Times film critic Anita Gates called it, “elegantly cleareyed.” And Katie Couric devoted a show to the nurses in the film on her nationally-syndicated daytime talk show Katie.

The film was developed following the success of the critically-acclaimed, award-winning book The American Nurse: Photographs and Interviews by Carolyn Jones, originally released in 2012 and now in its fourth printing.

“Nurses matter now more than ever. They are on the frontlines of our health care system every single today. At some point in our life each of us will encounter a nurse, whether it be as a patient or as a loved one,” said filmmaker and photographer Carolyn Jones, director of THE AMERICAN NURSE. “And that one encounter can mean the difference between suffering and peace; between chaos and order. With nurses risking their lives today responding to the COVID-19 pandemic, I am so glad that we are able to make the film available to people in their homes for free.”

President & CEO Richard Lorber said, “We are humbled to have been selected to offer this important and timely film for free to viewers, honoring the heroic work of nurses. It’s a film all of us need to see right now to fully appreciate heroes who are always at the frontlines working hard to protect and save us.”

Synopsis: The American Nurse is a heart-warming film that explores some of the biggest issues facing America – aging, war, poverty, prisons – through the work and lives of nurses. It is an examination of real people that will change how we think about nurses and how we wrestle with the challenges of healing America. The American Nurse is an important contribution to America’s ongoing conversation about what it means to care. 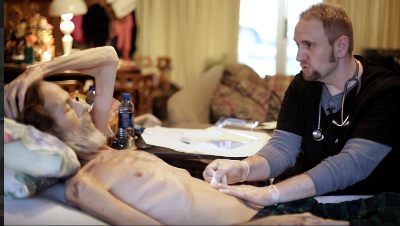 The film follows the paths of five nurses in various practice specialties including Jason Short as he drives up a rugged creek to reach a home-bound cancer patient in Appalachia. Tonia Faust, who runs a prison hospice program where inmates serving life sentences care for their fellow inmates as they’re dying. Naomi Cross (a labor and delivery nurse at The Johns Hopkins Hospital in Baltimore) as she coaches an ovarian cancer survivor through the Caesarean delivery of her son. Sister Stephen, a nun who runs a nursing home filled with goats, sheep, llamas and chickens, where the entire nursing staff comes together to sing for a dying resident. And Brian McMillion, an Army veteran and former medic, rehabilitating wounded soldiers returning from war.

Contact Hours for Nurses:
Nurses receive 1 free contact hour for watching the film and completing the evaluation, thanks to the generous support of Walden University. Walden University is accredited as a provider of nursing continuing professional development by the American Nurses Credentialing Center’s Commission on Accreditation. To receive your contact hours, visit https://americannurseproject.com/cne.

Carolyn Jones (Director and Executive Producer) is an award-winning photographer and filmmaker who specializes in telling stories that shed light on issues of global concern. From people “living positively” with AIDS to women artists supporting entire communities and nurses on the front lines of our healthcare system, Jones has devoted her career to celebrating invisible populations and breaking down barriers. Her most widely acclaimed book publications include Living Proof: Courage in the Face of AIDS and The American Nurse, which led to a feature documentary included in the U.S. State Department’s American Film Showcase. In the spring of 2018 her award-winning documentary Defining Hope, which was the culmination of a journey investigating how we can make better end-of-life choices, was broadcast over 1,000 times on PBS stations nationwide. Carolyn’s latest project, a documentary called In Case of Emergency, follows emergency nurses and their patients in seven unique settings across the U.S, from urban to rural, shedding light on some of the biggest health care crises facing Americans today, and the opportunity that emergency nurses have to help break a sometimes-vicious cycle for patients under their care. That film will be released later this year.

As a documentary producer and as Director of Programs and Production for the 100 People Foundation, Lisa Frank (Producer) oversees the planning, execution, and delivery of groundbreaking creative projects, from award-winning documentary films to short documentaries on global issues for students worldwide. She has spent the last eleven years in collaboration with Carolyn Jones to produce the book, film, and website that comprise The American Nurse Project, as well as the feature documentary Defining Hope, which was broadcast on PBS stations nationwide, and the forthcoming In Case of Emergency, which she Executive Produced and Produced alongside Jones. She holds a B.S. in Speech from Northwestern University.

Fresenius Kabi is a global health care company that specializes in lifesaving medicines and technologies for infusion, transfusion and clinical nutrition. Our products and services are used to help care for critically and chronically ill patients. Visit www.americannurseproject.com/sponsorfor a video message from North American CEO John Ducker about why he was inspired to support the making of The American Nurse Project. More information about Fresenius Kabi can be found atwww.fresenius-kabi.com/us.