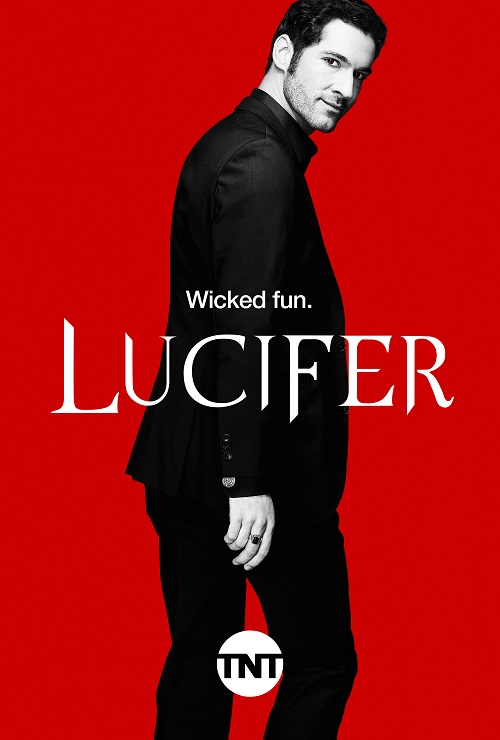 TNT has acquired the first three seasons of the hit Warner Bros. Television/DC drama series “Lucifer.” The series will make its debut on TNT today, Wednesday, May 4 at 3:00pm ET/PT, and will air every Wednesday with three episodes. This joins the recently acquired “Cold Case” premiering on TNT Monday, May 16.

“Lucifer,” is the story of the original fallen angel. Bored and unhappy as the Lord of Hell, Lucifer Morningstar (Tom Ellis) abandoned his throne and retired to the city of Angels, where he meets and teams up with intriguing LAPD detective Chloe Becker (Lauren German) to take down criminals. Charming, charismatic, and devilishly handsome, Lucifer has a way of manipulating people into confessing their deepest, darkest secrets, which helps Detective Decker deliver justice.

About TNT
TNT, a Warner Bros. Discovery brand, is watched by more people than any other cable network and known for big, lean-forward television that gives viewers the best seat in the house for electrifying stories, dynamic characters and thrilling events. TNT is home to some of television’s most popular original series including “Snowpiercer,” “Animal Kingdom,” and big-ticket movies. TNT is expanding its programming to include premium unscripted with the docuseries “Rich & Shameless,” “Rhodes to the Top,” and “Shaq Life.” TNT also presents primetime specials and sports coverage, including Inside the NBA, the NHL, NBA and NCAA Division I Men’s Basketball Championships and the professional wrestling league All Elite Wrestling (AEW), which has exploded onto the scene with “AEW: Rampage” and the AEW specials “Battle of the Belts”. Website: www.tntdrama.com