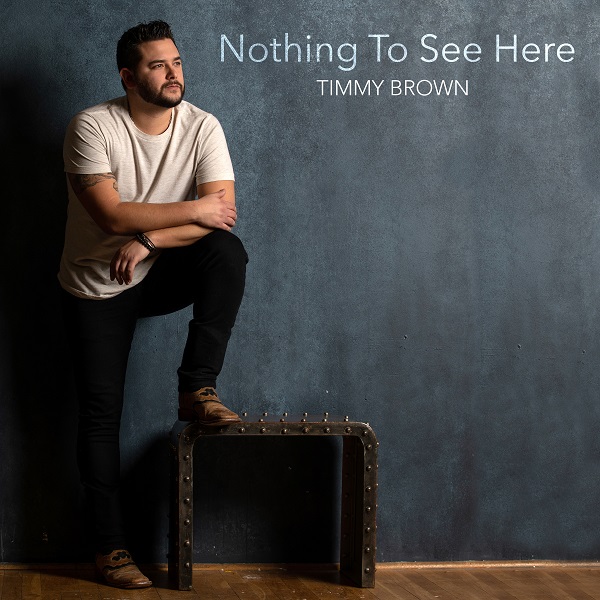 NASHVILLE, Tenn. (April 7, 2021) – New England native, Timmy Brown released his newest single “Nothing To See Here” today. This single, written by Chris Young, Joshua Gleave and Johnny Bulford, finds Brown wishing the relationship hadn’t ended yet, but then runs into a situation he doesn’t want to see. With its catchy rhythm and infectious drums and guitars, it is just a taste of what is to come with the rising artist’s forthcoming album Good Life. Listen to “Nothing To See Here” here.

“‘Nothing To See Here’ is one of my favorite songs on my new album Good Life. We have all had those relationships that have ended but you think maybe there is still a chance, so you decide to go out to the spot you know you would run into them, when you actually run into a situation of seeing them with someone else,” says Timmy.

“Timmy Brown is ready to give a relationship another try in his new song ‘Nothing to See Here;’ unfortunately for him, his ex has already moved on.” – Angela Stefano, The Boot

As announced by PEOPLE, on May 14, fans can expect to be blown away with the release of his debut album Good Life. This project, produced by Joshua Gleave, is all about living your best life with friends, family and experiencing the ups and downs that life throws at you. Leading up to the album, Timmy has released “Play It By Beer” and a tribute to his late grandma “If You Were Here” and now, “Nothing To See Here.” Brown will do a livestream album release concert on May 13 and ticket packages will be available on April 19.

Timmy Brown is a singer, songwriter, and recording artist from Norton, Massachusetts and is best known for his dedication to creating expressive and energized country music. Brown’s debut EP Leave This Town was released in April of 2016 and on April 18th of that year Timmy’s first single, titled “Lil Bit,” was released on iTunes where it reached the Top 100 charts in a matter of twenty-four hours. In the fall of 2017, Brown auditioned for Season One of the “American Idol” reboot on ABC and finished in the top sixty contestants. His infectious energy, talent, and enthusiasm have made him a local favorite throughout the New England area. In 2019, Brown was voted New England Country Music’s Local Male Artist of the Year for the fourth year in a row. Timmy Brown has opened for a number of popular artists including Dustin Lynch, Kane Brown, LANCO, and Lindsey Ell. Brown’s latest album Good Life, produced by Josh Gleave, is set to release in 2021 with a track-list of ten first class, brand new songs. Track four from the album, “Play It By Beer”, will appear as the album’s single and accompanied by a new music video that will be released later this month. Also appearing on Good Life, is “If You Were Here” dedicated to Brown’s beloved grandmother, who pushed Brown to pursue his dream of a music career. Brown’s dedication and love of music is evident when he is performing on stage. It is his devotion to the country genre and his natural ability to draw in and connect with his audience that has earned Brown such a loyal fan base.